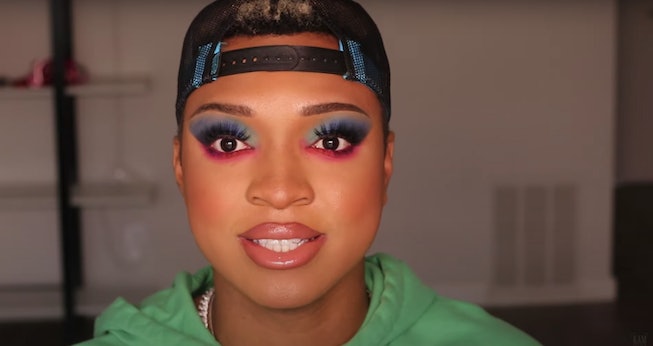 YouTube beauty influencer Kameron Lester addressed the manipulative ways he was treated by Jeffree Star. In a video shared to his Instagram on June 10, Lester alleged what he had experienced during his friendship with Star. According to Lester, he was treated like a "token Black kid."

Starting off the video, Lester said he felt the need to post the video as a means of addressing his truth. He explained that he wanted no monetary gain from the clip, which is why he chose to share his story on Instagram.

Previously working with Star, including appearing in a campaign for Jeffree Star Cosmetics, Lester reveals there came a time when he reevaluated the pair's relationship. "I just felt like it was never a friendship, it was never a friendship in the beginning to start with, it was always just something like I was the kind of like the token Black kid,” he said.

Lester attributes much of the behavior to a conversation he had with Star regarding James Charles. According to Lester, Star had approached Lester about whether or not he liked Charles. Despite Star's previously contentious relationship with Charles, Lester said he supported him, telling Star, "James helped me with my career when I first got into the beauty space and tell my HIV story – like, he's been very supportive of me...I don’t have a personal problem with him. He's done so much for me so why would I go against him?"

After that conversation, Lester felt he was treated differently by Star. He witnessed Star and Shane Dawson sharing a heated conversation about Charles, and Dawson was "going in" on him, Lester said. He said that the conversation changed his perception of Dawson, too.

Later, Lester was not cast in a Star campaign, and instead, Star worked with one of the YouTuber's former friends. The move surprised Lester. "I felt like he was trying to send the message in some way that I was replaceable as a Black boy. I felt like this was a game," he said. "Even with Shane Dawson posting me on his platform [last week] – I was grateful, but I felt like it was kind of to silence me to be like 'we're gonna keep giving you breadcrumbs and hanging you by a string and manipulating you so you can stay quiet.' I felt always silenced."

According to Lester, Charles wasn't the only beauty influencer that Star had criticized. At one point, he asked Star to apologize to Jackie Aina, a move which the YouTuber refused. "He kind of shut it down and said: 'She doesn't deserve a f*cking spot on my platform.' Which is understandable, and it is his platform, and he has all rights to do whatever he wants to do on his platform. I just left it at that, but I was definitely hurt as a Black boy and as a Black influencer who loves Jackie, that he was not trying to grow or amend that disconnect or wrongdoing he has done," he said.

Star and Dawson have not yet responded to Lester's video, Seventeen reports.