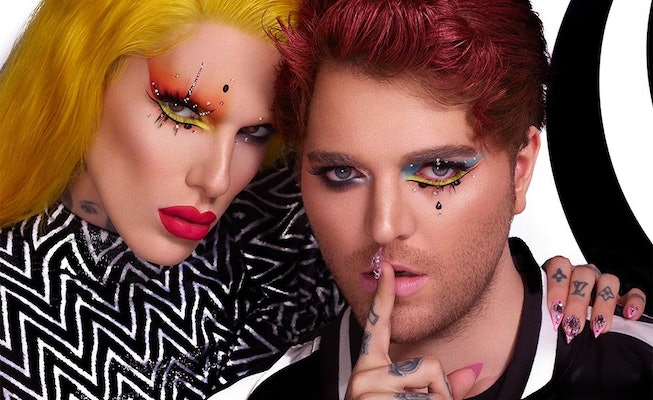 Just ten days after the Conspiracy makeup collection, a joint release between Shane Dawson and Jeffree Star, was relaunched, and Morphe has removed all traces of the product from its website, Cosmopolitan UK reports. The deletion was spotted by many on social media, and it's unclear whether the removal was due to products selling out or because of Dawson's recent apology for well, a lot of things. Morphe respectfully declined to comment on the collection's removal when asked by NYLON.

The removal comes after Dawson initially announced he was leaving the beauty YouTube community. Deleting a lengthy four-page note once posted to Twitter, and announcing he was done, Dawson later returned, releasing a nearly 20-minute clip in which he had apologized for past racist behavior, CNN reports. "I'm sorry that I added to the normalization of blackface, or the normalization of saying the n-word," he said in the clip.

As NBC News reports, Dawson's apology video also addressed reports that he had joked about pedophilia. "I swear on my life I am not somebody who would ever talk about a child that in any way was inappropriate. That is disgusting, that is gross, it is not something I would ever do. It is something I did for shock value or because I thought it was funny," he said in the video.

This is not the first time that Dawson has addressed his racist behavior, Buzzfeed reports. He had addressed his use of blackface in 2014, and in his most recent video, he talked about his past apology, saying, "I made a video six years ago talking about it and I gave excuses. And I knew it was wrong, I never wanted to do it again, but I didn’t do the work. I didn’t actually look into the history of it and why it’s so wrong, and why people were so upset.”

Over the last 30 days, a period which has included a now deleted tweeted statement, a brief return to Twitter, and then an apology video, Dawson has lost more than 700,000 YouTube subscribers and more than 360,000 Instagram followers, SocialBlade notes. Despite the significant follower lost, 22 million people still follow Dawson on YouTube.