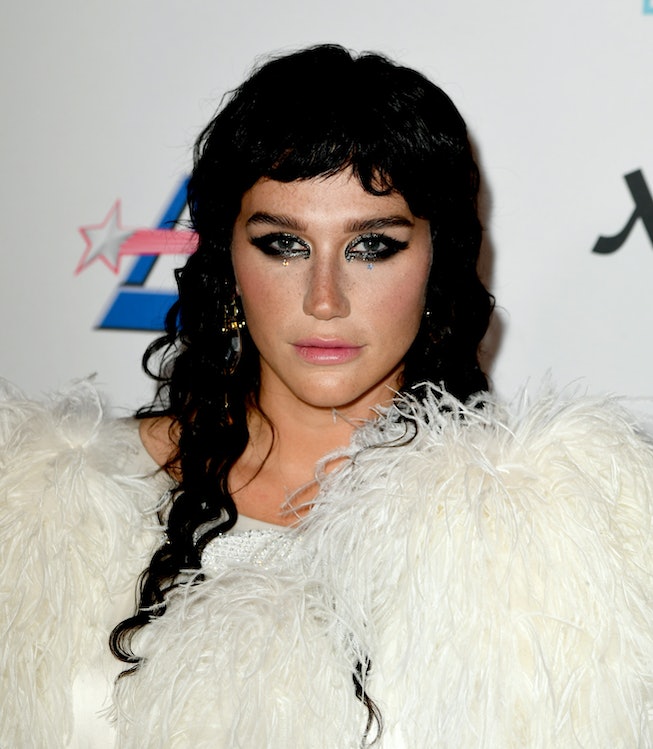 Thanks to her newly launched YouTube channel, copying Kesha's iconic beauty routines is now easier than ever. On Tuesday, August 11, Kesha launched Beauty & BS, a new YouTube channel that begins with a video guide to recreating her "Since I Was Young" music video glam.

Speaking with Allure, Kesha explained that coronavirus has caused a major shift in her future musical plans. Since a lot of her music work is now on hold, she decided to pursue something different, saying, "I wanted to show my fans and people that maybe aren't used to doing makeup all the time. I'm learning the process by having to film things by myself at my house, so they're learning with me."

For her first video, Kesha filmed the process of collaborating with makeup artist Masecchia. The completed look, which the two worked on over Zoom, was then used in Kesha's newest video. "It just felt like an opportunity really capture some of the secrets that [Masecchia] uses for me on videos and share them," she said.

The creator of a Kesha Rose cosmetics collection, which was done in collaboration with Hipdot, ended up with a more understated look for "Since I Was Young." Using products from her own collection, she created "a timeless and classic look," that featured a stunning use of highlight.

Fans will have to wait and see what future videos on the "Beauty and BS" channel might entail, but Kesha did promise that she's willing to create "anything to bring someone a second of escapism in this time of weirdness."

Watch the first episode of Kesha's "Beauty and BS," below.