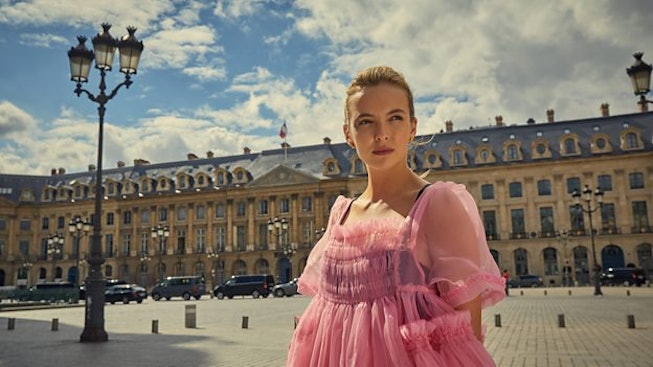 Following the conclusion of its thrilling third season, Killing Eve is preparing to join the beauty world. The popular BBC America series is included in a new licensing agreement between AMC Network, Sid Gentle Films, and IMG that would allow for the production of Killing Eve beauty items,The Hollywood Reporter shared.

As part of the deal, Killing Eve will now serve as the inspiration behind consumer goods including beauty items, fashion, travel, and games. In a statement, Sherikay Chaffee, VP of licensing, IMG, commended the show for its continued influence, saying, "Aside from being one of the most popular and loved shows on TV, it’s also one of the most clever and stylish. The dual aspect and opposing nature between its two lead characters can be used to tell a story about a product."

There's no word on what beauty items might be included in the future, and when anything would be available for purchase, but THR noted that IMG would work with other brands and collaborators to create any of the items.

IMG has worked with other popular entertainment icons in the past, including Queer Eye and the Care Bears. In a statement on its website, IMG notes that with the release of its products, fans can more thoroughly experience the world of the show.

Whether that experience includes the secret to Villanelle's always impeccable style remains to be seen, but the show has served as beauty inspiration in the past. During a 2019 Max Mara show, models, including Gigi and Bella Hadid, along with Kaia Gerber, wore dark lip colored, which took its cue from Killing Eve.