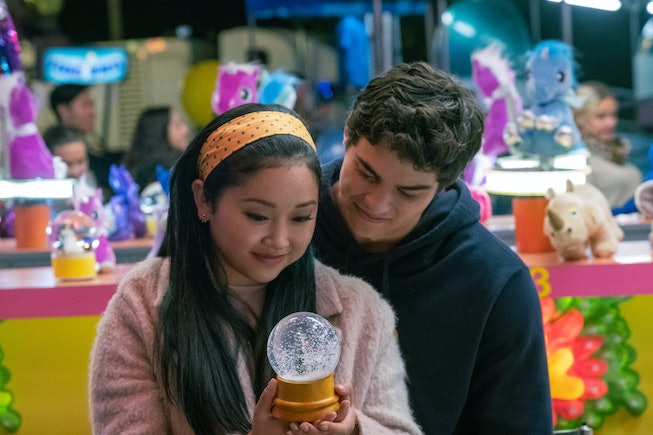 As fans prepare to bid farewell to the romance and adventure of the To All The Boys I've Loved Before film franchise, Kitsch has unveiled a commemorative accessory box that Lara Jean Covey would be proud to own.

Launching through Sephora on February 2, Kitsch has created a special-edition collection of six accessories, which are inspired by TATB's main character. The beauty release comes ahead of the February 12 Netflix premiere of To All the Boys: Always and Forever.

Packaged inside a circular box, which was made to resemble Lara Jean's precious hideaway for handwritten love letters, the release comes with items featured in the film. A rhinestone hair clip, spotted on Lara Jean at prom night, is included in the circular box, as is a trio of tie-dye scrunchies.

A duo of Lara Jean's favorite accessories also comes in ribbon form, with two Jet Set Scarf Scrunchies. Both scrunchies feature long scarf-like pieces, and one comes in a soft pink shade, while another is adorned in a tiny floral print pattern.

The new collection isn't the only beauty release to get the Lara Jean seal of approval. Previously, Kaja created a special makeup set to coincide with the debut of To All the Boys P.S. I Still Love You, and H&M even created a line of clothing, which featured puffy sleeves and lots of pink.

See the Lara Jean Covey-approved line of hair accessories, below.