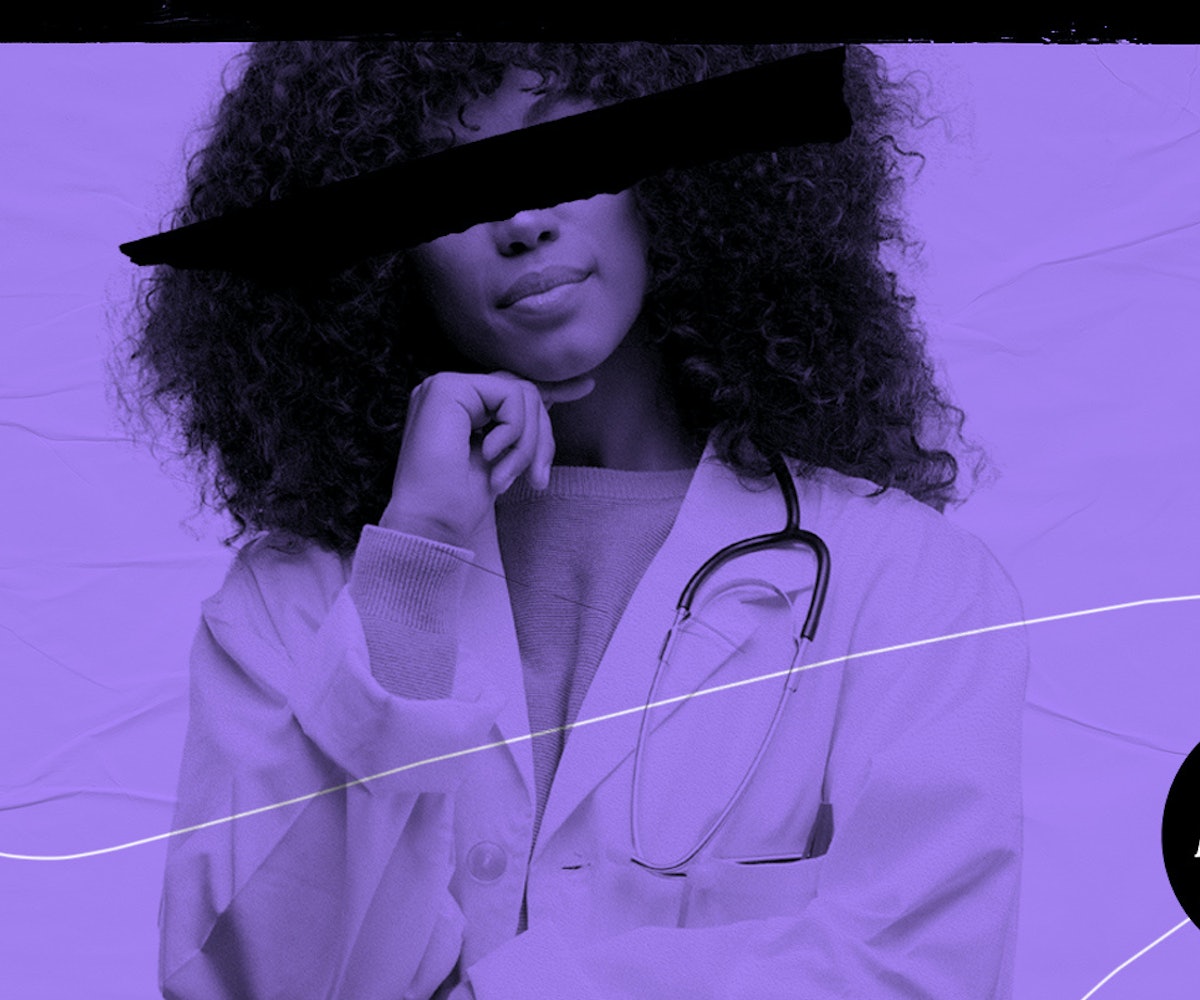 As unfortunate as it is, the facts remain: When it comes to the world of medicine, clients will receive better care from a physician who looks like them. According to a study by the U.S. National Library of Medicine National Institute of Health, this dynamic plays out in higher chances of an accurate diagnosis, having a doctor with a more in-depth knowledge of Black bodies, and an innate empathy that leads to more optimal care. That's where the need for Black dermatologists comes in.

In 2017, a Tennessee woman by the name of Lexi Carter visited a white dermatologist who referred to her as "Aunt Jemima" numerous times throughout the appointment. Carter went on to file a civil action lawsuit, bringing awareness to the issues that arise when diversity in medicine is not properly prioritized. But unfortunately, situations like that of Carter's aren't rare, and the negligence and lack of diversity amongst medical professionals spans further than just dermatology — revealing itself in obstetrics, internal medicine, and beyond. And as the population continues to evolve, cases like Carter's will inevitably occur more often.

"We're on the cusp of minorities becoming the new majority," Dr. Angela Kyei, M.D., a Cleveland Clinic dermatologist tells NYLON. "And honestly, Black dermatologists just don't have the manpower to take care of the population adequately." The situation that Dr. Kyei speaks of, and the numbers that back it up, don't lie. According to the 2018 census, African-Americans made up 13.4 percent of the population while only accounting for 5.82 percent of physicians and surgeons. In dermatology, that number is significantly lower.

But the plight of Black dermatologists begins long before ever even stepping foot into a practice, with the chances of being accepted into a residency slim to none. "Dermatology is a very competitive specialty to get into because there are only a limited number of training programs and these programs each accept only three to six new residents per year," Dr. Rosemarie Y. Ingleton, M.D., a New York City dermatologist says. "Black candidates in medical schools are greatly outnumbered so the math doesn't work in our favor when applying to the highly competitive specialties." And it's worth mentioning that the ratios of acceptance look completely different for dermatology than for other specialties. "Compared to let's say, internal medicine, where they may accept 50 or 60 residents, for dermatology, that's never the case," Dr. Kyei says. "In my class in particular, we'll usually get as many as 300 applicants and can only accept four. And as expected, of those 300, only a small amount are Black applicants."

And while Dr. Kyei and Dr. Ingleton have long passed their residencies, in 2020, students are still facing the same odds that the now-successful doctors faced during their tenure of education. Dominique Durante, a 2019 graduate from Howard University Medical School and current Penn State dermatology resident, echoes the sentiments of the doctors. "I was accepted into a class of four, and there are three classes in total," she says. "Of the 12 of us, I'm the only Black woman."

"When you're looking through textbooks or any review material in regards to dermatology, you hardly ever see pictures of Black skin."

Being that the numbers are undeniably stacked against us, Durante goes further to say that the curriculum as a whole does not encourage Black doctors to take interest in the specialty. "When you're looking through textbooks or any review material in regards to dermatology, you hardly ever see pictures of Black skin," she says. "So when depicting skin conditions, you rarely see any on Black people — it starts there." Still, Durante is aware that even her experience made her one of the lucky ones, having graduated from a medical program at a historically Black college and university like Howard. "I think going to Howard, I had a bit of an advantage when it came to seeing Black skin," she says. "Most of the patients were Black as were most of the physicians, but that's not the norm."

So what happens next? Seeing as the impending new majority won't be slowing down anytime soon, Dr. Kyei and Dr. Ingleton encourage Black mentorship in the field. "Black mentorship in dermatology is how the information can be best passed down," Dr. Ingleton says, insisting that the constant spread of knowledge amongst dermatologists is just one way to minimize misdiagnoses and lack of education. "The nuances that apply to taking care of patients with skin of color are not learned from textbooks but through hands-on experiences."

Dr. Kyei recognizes that due to numbers, mentorship isn't always the easiest — but it's a must. "It's important to note that there aren't that many of us to begin with," she says. "I did not have a black mentor in my institution so I had to go all the way to California to seek one out. As medical professionals, we have to be looking to the future for the next generation, and we have to look beyond today, and make a concerted effort to be that person for the next generation of minority doctors."