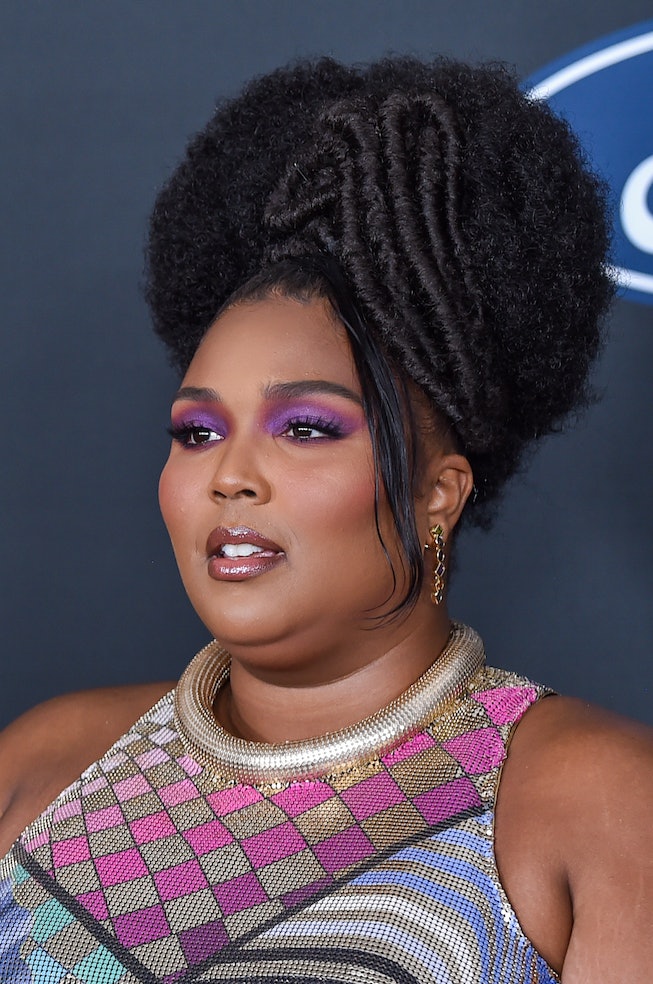 Lizzo is relishing in a temporary break from makeup. As the performer continues practicing social distancing, she revealed how she's used this time out of the spotlight to press pause on her usual beauty routine. Speaking with People for a recent interview, Lizzo explained her makeup break, and how at one point, an "addiction" to makeup had shifted her self-image and made her feel ugly.

With continued Billboard-charting success, Lizzo has obviously seen an increase in public appearances and performances, and as she told People, she believes that she spent the last six months wearing makeup every day. When she finally got a break from her beauty routine, she felt off, saying, "We get addicted to seeing ourselves really dolled up. I had a few days off in Brazil back in February where I wasn’t in makeup and I remember being like, ‘Yo why am I so ugly to myself right now?”

Looking back, she attributes that feeling to always wearing makeup. “I got addicted, used to seeing my face with contour. I never thought that would happen because I’m such an earthy bitch, I can go days without makeup," she said.

In the midst of ongoing global social distancing, Lizzo said she's encouraged to see other celebrities celebrate natural beauty and share selfies without makeup. She said that she's doing well without her glam squad, telling People, “I think it’s cool that we get the opportunity to turn off. My dream is to just take off my nails, not wear makeup and just grow my ‘fro out and walk around naked in my own garden."

This wasn't the first time Lizzo has spoken about self confidence during quarantine. She previously used dancing as a means of encouraging others going through "mental health issues," admitting that she was suffering from a period of self hatred. However, it appears as if things may have improved for the singer, as she later joined SZA for a moment of flute playing and relaxation.