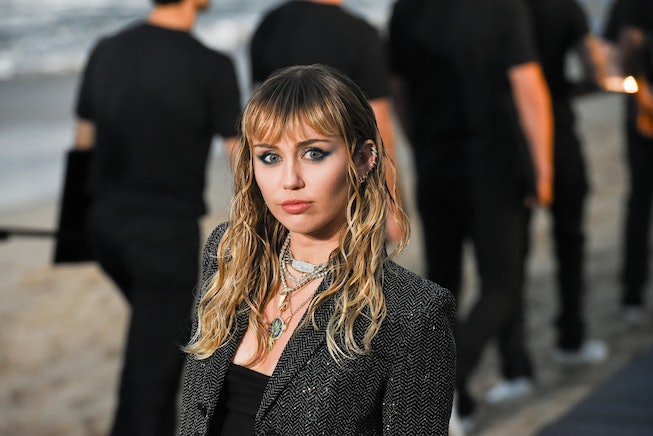 The year in beauty officially belongs to the color green. Spotted on manicures and in makeup routines everywhere, the hue continues to trend, and Miley Cyrus is the latest celebrity to embrace a makeup routine featuring a bright take on the color.

Never one to shy away from a dramatic choice in color, Cyrus wore a very glittery shade of green to a recent Backyard Session, Teen Vogue points out. Celebrating the launch of her Plastic Hearts album with a performance, Cyrus paired a lid covered in lime green with a red lip.

For her take on beauty's buzziest color, Cyrus wore the coloring along the entirety of her lid, and the color was pulled out into a wig. The lime green hue also received a healthy dose of shimmer, and Cyrus kept the rest of her makeup relatively minimal, wearing a shade of red lip product.

It's a choice in color that proves especially trendy at the start of the holiday season, and while Cyrus didn't reveal the exact products used for her routine, green is everywhere this season. Recreating the festive coloring could easily be done with any number of sparkly single shadows and palettes.

In the promotional lead up to Plastic Hearts's release, Cyrus has sported iterations of the same sparkle-filled look, but in different colors. Along with a pigment-packed shade of starry pink, she also went with a dark, smoky blue.

See her every sparkly makeup moment, below.