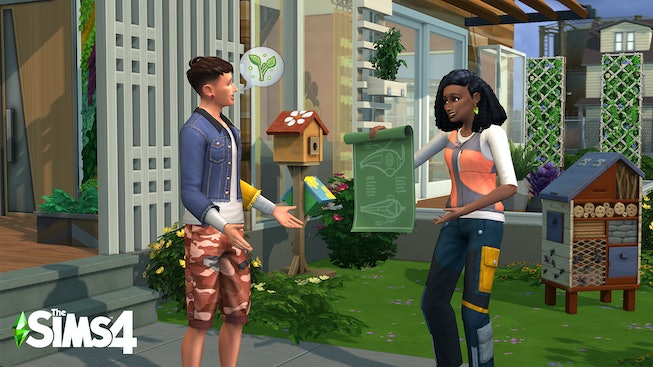 After more than 86,000 Sims 4 players signed a petition requesting expanded in-game skin tone offerings, the game's executive producer has responded. In a tweeted video statement, given by Lyndsay Pearson, on Tuesday, August 11, the Sims 4 team pledged to create a more inclusive game.

That updated game has arrived, with The Sims 4 announcing on Twitter on Monday, December 7, that all players can take advantage of the free offering. "It's here - and a day early! Today, a free game update brings you 100+ skin tones, customization tools for skin tones and makeup, three improved base game hairstyles, and a main menu makeover. Available now to all The Sims 4 players!"

The game further explained some of the changes in a tweet, saying, "Every skin tone now has a value slider, unlocking thousands of customizable options. In addition, we made improvements to both new and existing skin tones, including strengthening the quality of suntans and sunburns."

A few months back, a Change.org user by the name of Shelly SavvySweet started a petition that called for the creation of an in-game color wheel that would allow players to create skin tones. "The Sims' darker skin-tones aren’t made very well. They look very ashy and have no vibrancy," the petition read. "In February of 2018, The Sims added a few darker shades which brought the total to 10 medium to dark shades. Those additional shades that they added, on the four darkest shades, a small patch of discoloration surrounds the nose. The existing makeup in the game also doesn’t look quite right on those new tones."

According to Pearson's previous video response, those associated with the creation of the game, intended to to "fix the visual artifacts with existing skin tones and increase the number of tones available." The game's executive producer acknowledged the team's mistake, saying, "We hear you and recognize that we have not done enough to address the variety of skin tones and hair styles that you expect to find in The Sims 4. While we have made additions and improvements and fixes in the past, there is much more for us to do."

Closing her statement, Pearson pledged that work on the game wouldn't stop here. "We realize there isn’t one single fix for representation. We are dedicating people to ongoing commitments to continue improvement over the long term," she said.

News of the expanded skin ton offerings come as players across multiple gaming spectrums call for similar changes with other titles. More than 40,000 people have signed a petition calling on Animal Crossing: New Horizons to create more inclusive hairstyle options, and recently, Gillette Venus announced a partnership with graphic designer, Nicole Cuddihy that resulted in a collection of more inclusive skin offerings.

Watch a trailer featuring the new update and Pearson's statement, below.