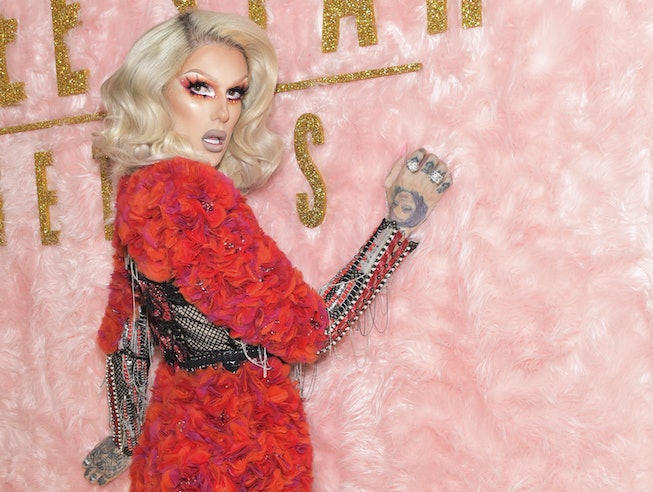 The fallout from Tati Westbrook's "Breaking My Silence" video continues. After posting an explosive 40-minute clip, in which Westbrook accused Jeffree Star and Shane Dawson of feeding her manipulated information about James Charles, a company named in the video has responded. Morphe Cosmetics is denying claims made by Westbrook in her video, affirming that Star is not a co-owner in the company.

On Tuesday, June 30, Westbrook decided to break her year-long silence on Dramageddon 2. In her statement, Westbrook addressed her involvement in creating a "Bye Sister' video that had called out fellow beauty YouTuber, Charles. Alleging that that Star and Dawson were jealous of Charles's success, Westbrook used the video to apologize.

Westbrook went on to claim that Star was a co-owner of Morphe, Insider reported. It was Westbrook's theory that because Star was an alleged co-owner of Morphe, he had attempted to feed her misinformation as Charles so as to get the YouTuber "out of the way" prior to the release of Dawson and Star's joint Conspiracy makeup collection created for Morphe.

In a statement to Insider, Morphe denied the claims made by Westbrook. "We can confirm that Jeffree Star retains no ownership of Morphe," a representative for Morphe told Insider. "He's not an investor. He's not a co-owner. Our only relationship is through retail distribution of Jeffree Star Cosmetics and our 2019 MorpheX collaboration."

As of Wednesday, July 1, Star had not publicly responded to the claims made in Westbrook's video. Dawson had gone live on Instagram when Westbrook's video was released, saying she was "manipulative" and "fake crying." He also tweeted and then deleted a comment that read, "This is a f*cking lie and im losing my mind."