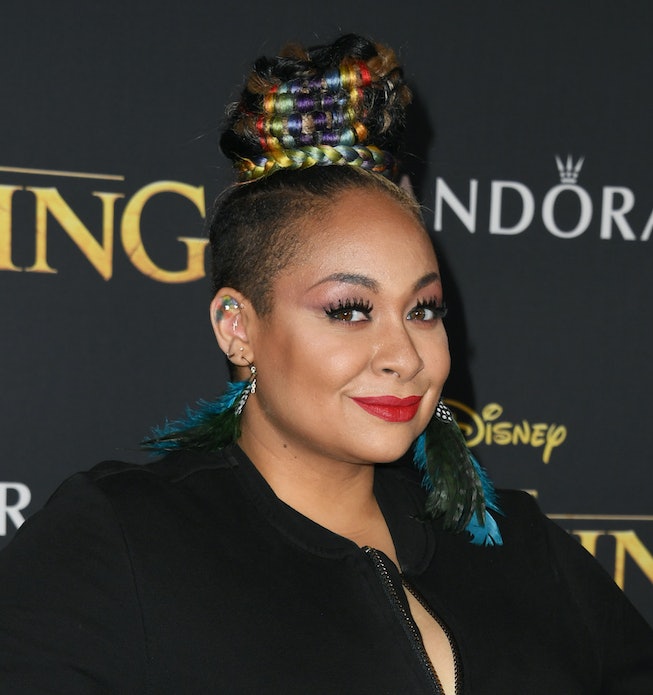 After leaving much of the Internet in their feelings with news of an intimate backyard wedding, Raven Symoné shared an adorable detail from the day of love. Tying the knot with girlfriend, Miranda Pearman-Maday, Symoné revealed that their ceremony included the debut of matching ring finger tattoos.

Completed by tattoo artist Winter Stone as a "corona solid," the new inked artwork sits above the couple's wedding rings. The small work features a scrawled out RM, which stands for the first letter in the pair's individual last names. Sharing the work on his Instagram, Stone wrote, "PM@ravensymone for her and her new wife! Congrats you two! Enjoy this moment!!!"

In a photo shared by Symoné, the two laid their hands atop one another, tattoos clearly visible on each hand. The two also posed for a selfie with Stone, presumably after the work was completed.

Married in an outdoor setting, the former That's So Raven star shared news of her intimate nuptials on Thursday, June 19. posting a photo of the pair from their wedding day, Symoné wrote, "I got married to a woman who understands me from trigger to joy, from breakfast to midnight snack, from stage to home. I love you Mrs. Pearman-Maday! Let’s tear this world a new assh*le!!! I’s married NOW."

Promising not to "bombard" social media followers with too many pictures from the day, Symoné later shared a slideshow of images from the ceremony. Maday also posted a few snaps, including a slideshow that featured a peek at their cake, and a 3-D image of the two kissing.

As The Los Angeles Times reports, the couple had kept their relationship entirely out of the public eye prior to Thursday's news. Symoné had come out in 2013, celebrating when the Supreme Court struck down the Defense of Marriage Act. "I can finally get married! Yay government! So proud of you," she wrote in a tweet that's since been deleted.

Check out the new, and very sweet, tattoos, below.

NEXT UP
Beauty
September 2022’s Best Beauty Launches Will Keep You Cozy And Cute Throughout The Fall
Beauty
Two Gen-Z-loved Brands Have Collabed On an Otherworldly Fragrance
Beauty
My New Favorite Beauty Hack: Custom-Fit Whitening Trays Without The Dentist
Beauty
The Most Viral TikTok Beauty Products of 2022