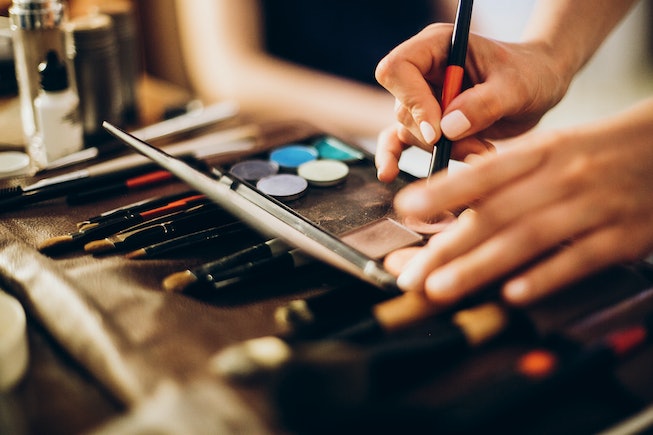 In the ’60s, eyeshadow was all about the cut crease—combining a lighter shade of eyeshadow application with a “cut” (or a precise line) across the crease of your eyelid or slightly higher. The result is a dramatic look that makes your eyes look larger and more defined. Supermodel Twiggy was especially known for wearing this look at the time. As one of the biggest makeup trends ever, since the 1960s the cut crease has been recreated and refreshed essentially every decade. This year, it’s all about the reverse cut crease, flipping the style on its head for an edgy and fresh new look.

Since Takahashi’s reverse cut crease first went viral, other makeup artists have attempted the look and it has officially become a trend online. It’s even inspired makeup tutorials on TikTok. In a viral tutorial from makeup artist Sonali, she uses a dark purple for the crease before “cleaning up” the lines with concealer and using black eyeshadow to create a wing. The result is “Kim Possible vibes”, she says in the video.

While makeup artists online might make the reverse cut crease look easy, it’s a a difficult technique (just like the original cut crease design) and requires precision and an artful hand at creating symmetry. This style will surely inspire many to beef up their eyeshadow skills. For cut crease newbies, there’s always stick-on designs like Simihaze’s Eye Pool Pack or Paint Lab’s Pussy Kat Eye Stickers as a way to create that definition without the eyeshadow. Otherwise, social media will continue to be filled with more reverse cut creases as the design continues to trend and inspire creativity from makeup artists and enthusiasts alike.