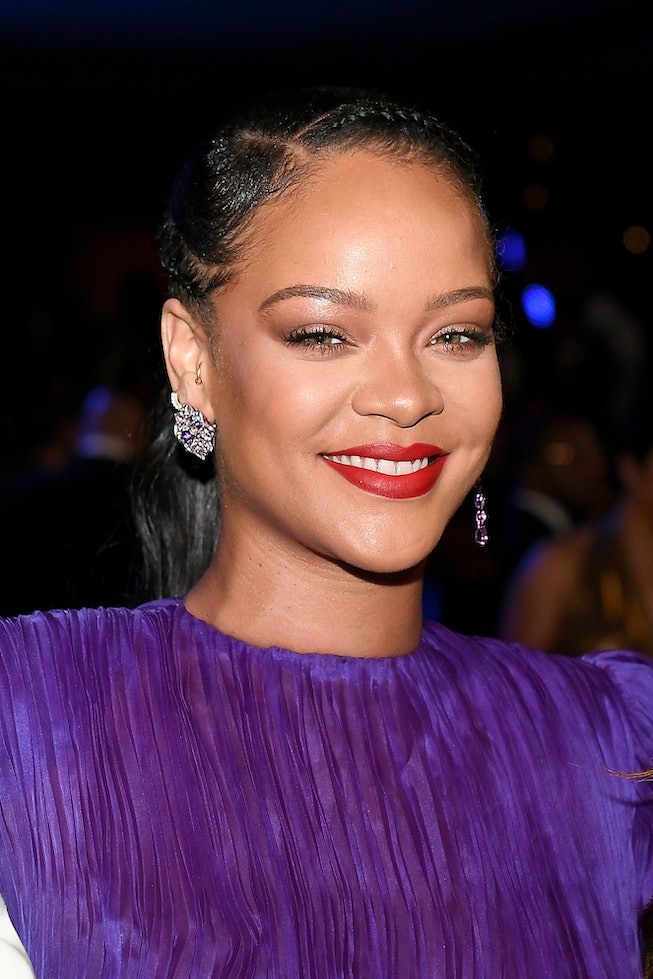 Before permanently changing the makeup industry, Rihanna was just a child, sneaking in to play with her mother's makeup. Appearing on the September 2020 cover of Harper's Bazaar, Rihanna opened about her childhood, explaining that her interest in makeup largely stemmed from her mom.

As Rihanna explained, her mom had worked at a makeup store, and the Fenty Skin founder said that she knew "everything" about beauty products and routines, her mom wasn't exactly on board with a young Rihanna dabbling in beauty. “She never let me wear makeup, but I was secretly fascinated. So when she’d leave home, I would play around with hers," she told Harper's.

Rihanna had previously touched on her mother's makeup influence during an interview with InStyle. Participating in a pageant as a teen, Rihanna's mom had acted as her makeup artist. "I will never forget the feeling I had after seeing how even my skin looked when she put foundation on my face. And I remember my brother being so upset. He was like, “You’re gonna put that on every day?” I loved it," she said. That experience would later influence her foundation line, as Rihanna noted that she wanted her makeup to "look like really good skin."

Decades later, and that childhood fascination translated into Fenty Beauty, and the recent launch of Fenty Skin. Although her skin care collection was only recently announced, Rihanna told Harper's that she always knew her brand would come to encompass more than makeup. “I’ve always seen the Fenty brand as more than just makeup, and I knew I wanted to make skin care from the very beginning. It was just about getting it right. You have to live with the formulas for awhile and test them in different ways. It’s very different from makeup in that sense. It takes a long time," she said.

Rihanna didn't divulge what any of her future plans might include, but with a clothing, lingerie, beauty, and skincare line already under her belt, there's simply no telling what she'll try next. Many fans might still be waiting on a new album, but this is clearly Rihanna's world to experiment with, and everyone else is just living in it.