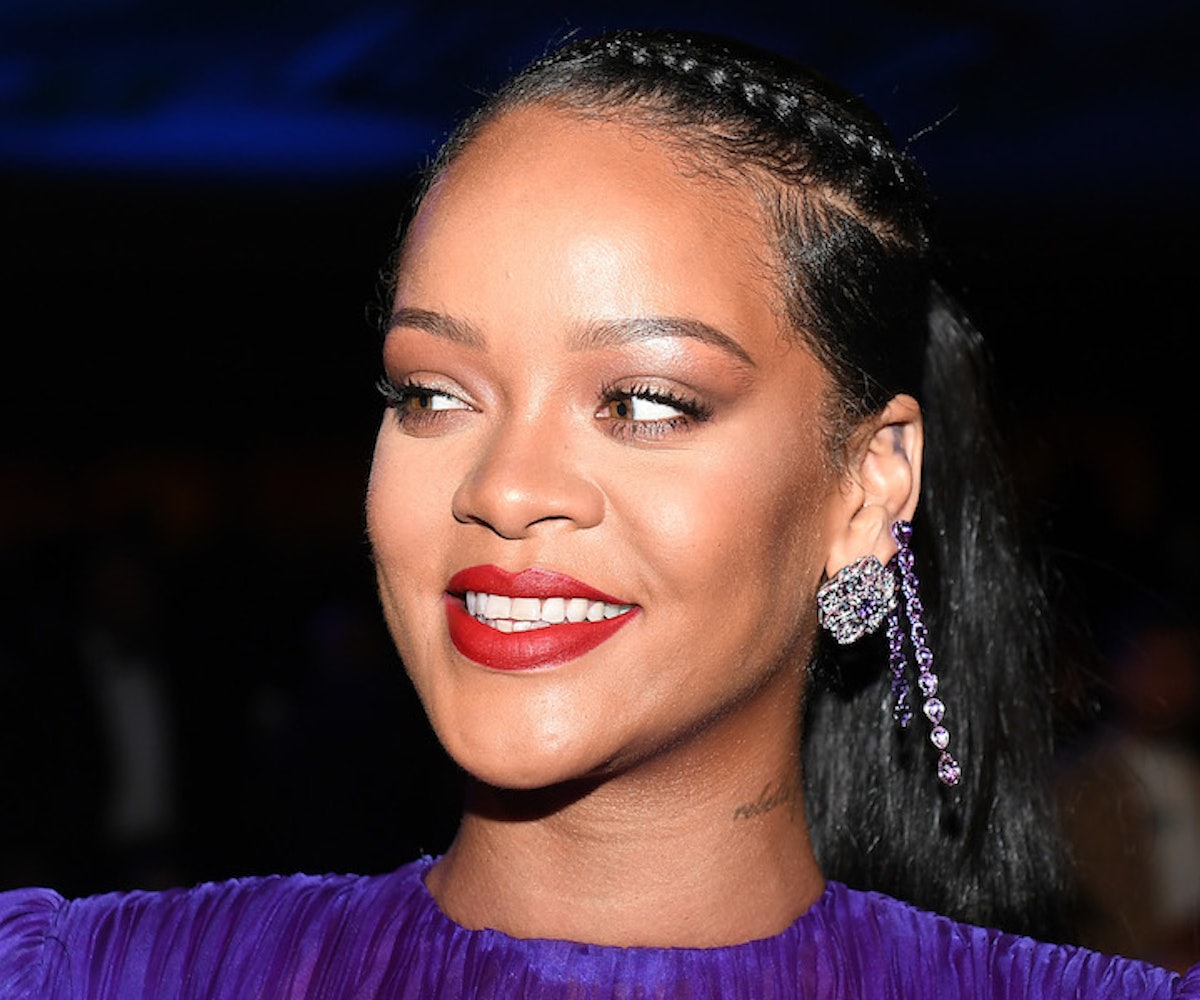 Before anyone gets too excited, Rihanna did not secretly drop her wildly anticipated albumin the dead of night. You did not wake up to a better world today! Despite the fact that it's been four, painful years since the release her magnum opus record Anti, Rihanna has been doing everything — designing lingerie, running a makeup empire, acting alongside Cate Blanchett, even! — short of giving us new music. The music drought got a brief reprieve on March 27 thanks to PartyNextDoor, whose new record Partymobile features Rihanna on the track "Believe It."

The sultry R&B ballad finds Rihanna harmonizing on the hook and not much else. "Best make me believe it / Best make me believe it / Believe you won't deceive me," the pair implore one another on the track's chorus. It's her first feature since her explosive rap verse on N.E.R.D.'s 2017 track "Lemon," but in the end it just leaves us wanting more. Hopefully the track is a harbinger of more bangers to come, considering how PartyNextDoor co-wrote her number one hit "Work," the double-platinum "Sex With Me," and the quintuple-platinum "Wild Thoughts." Rolling Stone reports that Rihanna didn't send over her contribution until March 23, only three days before the album's release date. Rihanna doesn't just keep fans waiting on music — collaborators get the same treatment, too.

Unfortunately for everyone involved, Drake is also waiting for new Rihanna music. A glutton for humiliation, the rapper tried to be cute with Rihanna in DJ Spade's Instagram Live chat on March 24. When the Internet connection was poor, he tried to act like they were good friends by using her first name. "Robyn you can't buy him A one hot spot?" he asked. Her silence sent him into caps lock mode: "DUB PLATE CAME PRETTY LIKE A FENTY FOUNDATION." He once again vied for her attention, and instead got what will be yet another iconic Rihanna shutdown. "Rihanna drop R12 right now," he wrote in the chat. "Give drake some water," Rihanna said. Get a job! Stay away from her!