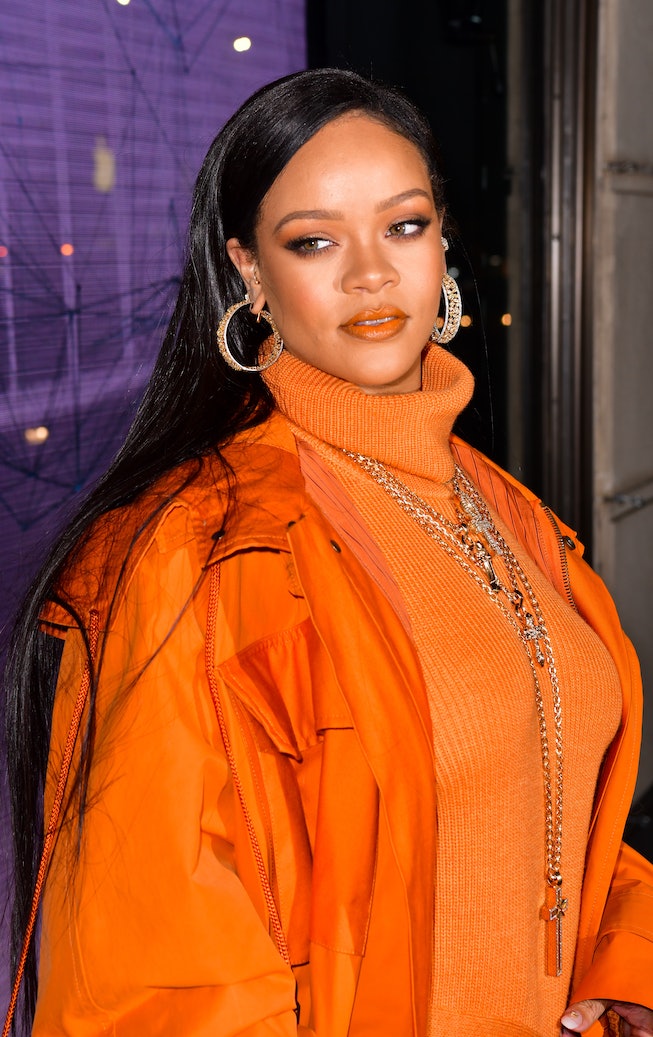 Alongside being a superstar and businesswoman, Queen RiRi is always ahead of the trend curve. From her super short mullet in 2020 to her exposed underwear look at the 2021 Met Gala after party, if Rihanna is wearing it, chances are we all will be soon. (Or at least we’ll be thinking about it.) This makes her latest shoot for Savage x Fenty a potential crystal ball into the future of beauty trends. Next up, horizontal highlights.

Posting the new shoot to her Instagram yesterday, RiRi wore a low-cut red bodysuit, fishnet tights, and matching black hair with red streaks running horizontally. “Valentine’s Day is for me….but you can watch,” she captioned the photo (iconically). She also posted a steamy video of the look asking fans to write her a love letter (or buy a love letter for themself in the form of lingerie).

Horizontal highlights have been on the cusp of a comeback since last year, with Collina Strada’s SS22 runway show at New York Fashion Week featuring clip-in horizontal colorful extensions. With roots in 2000s era scene girl culture, people have compared the trend to the end of a raccoon tail, while wig artist Tomihiro Kono compared it to Polish Viennetta ice cream. From Cristina Aguilera’s early 2000's black streaks to the colorful clip-ins of scene culture on Tumblr, throughout the last few decades, we’ve seen horizontal highlights at their boldest and their worst. This new comeback sits more subtly in the middle.

Under the larger trend of two-toned hair, chunky dye jobs have been having a major moment recently (think of Dua Lipa on her Future Nostalgia album cover) and no doubt horizontal highlights will be the next way the trend takes shape. It’s also part of a larger shift towards more experimental hair color, like Dua’s other recent tryst with graffiti hair. With RiRi’s recent stamp of approval, and no doubt more celebrities on the horizontal horizon, the playful Y2K trend is in the midst of a rebirth. From zebra striped dye jobs to colorful clip-ins and wigs, there are a number of ways to follow RiRi’s lead and jump on board.