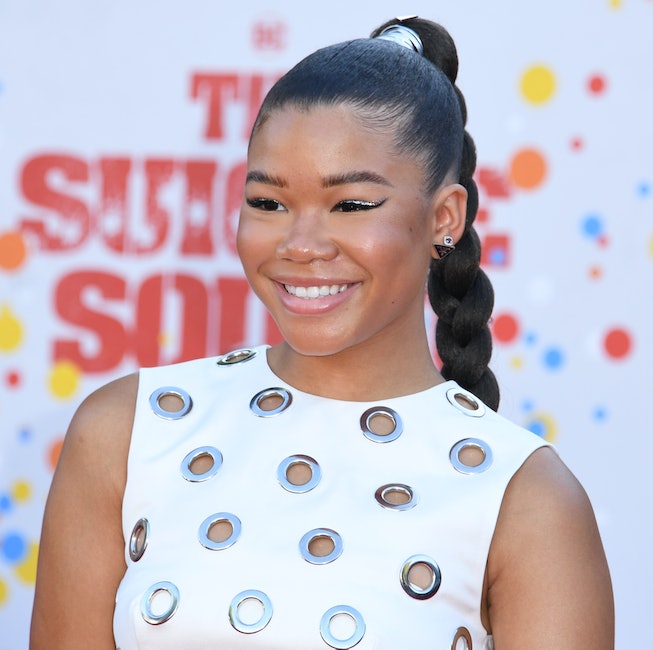 Red carpets are known for being lengthy but at The Suicide Squad premiere on August 2, Storm Reid's hair was almost longer. Arriving in a custom Prada two-piece, the 18-year-old Euphoria star stole the show with a slick, floor-length braid.

“If anything... I’m everything,” Reid wrote, sharing the full look on her Instagram. We agree.

The hairstylist behind the memorable do was celebrity hair artist Nai'vasha, who (on Instagram) called her “sweet spot” creating powerful looks with a “less is more” approach.

In her caption, Nai'vasha shared that she used TRESemmé Extra Firm Control Gel to create the ponytail then braided 16 feet of braiding hair, finishing off with hairspray.

Reid’s red carpet outfit was seamlessly tied together with silver hair ribbon and a wing of onyx eyeliner in metallic, and a bright white pedicure. No word yet on whether she left the premiere with a massive ponytail headache, but it feels safe to assume.

You can catch more of Reid in The Suicide Squad this month, where she and the rest of the star-studded cast will continue to serve extreme hair and makeup looks.