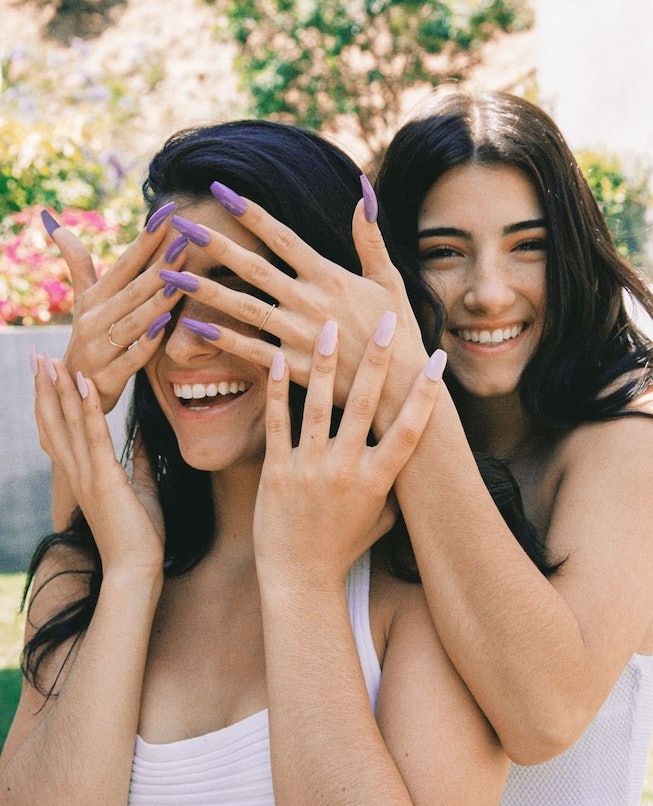 After landing their first major cosmetics campaign, Charli and Dixie D'Amelio are moving on to nails. The TikTok stars were given the creative reigns to an Orosa nail polish collection, and for their debut, the sisters created eight limited-edition shades.

The collection, dubbed Coastal Craze, launched on Tuesday, August 4 and it features a selection of colorful shades, which retail for $12 each. The made for summer collection features colors including Piggy Pink, a purple called Beachy Sunset, an ocean blue named Bahama Blue, and a super sheer pink called Baecation.

In an interview surrounding the launch, the sisters made it clear that this was a true collaboration, not just something with their names on it. "We were really able to make it a true collaboration where we were able to pick the colors, and the names, and really put our input into it," Charli told Pop Sugar.

Each sister was responsible for four shades and colors are based around their recent travels, the Orosa website reports. "Inspired by their incredible travels together, the Coastal Craze collection by Charli and Dixie D'Amelio captures the colors and moods of their favorite memories, through their own unique perspectives," a description of the polish reads.

You can mix and match your favorite beach-inspired shades in the collection, or purchase the entire set. There's also a set for each sister, with Dixie focusing on polishes that are more neutral colored, and Charli choosing vibrant shades. To top it off, the launch also features accompanying nail art stickers, with designs that include tiny hearts, a beach ball, and an ice-cream cone.

See their individual announcements below, and shop the collection straight from Orosabeauty.com.