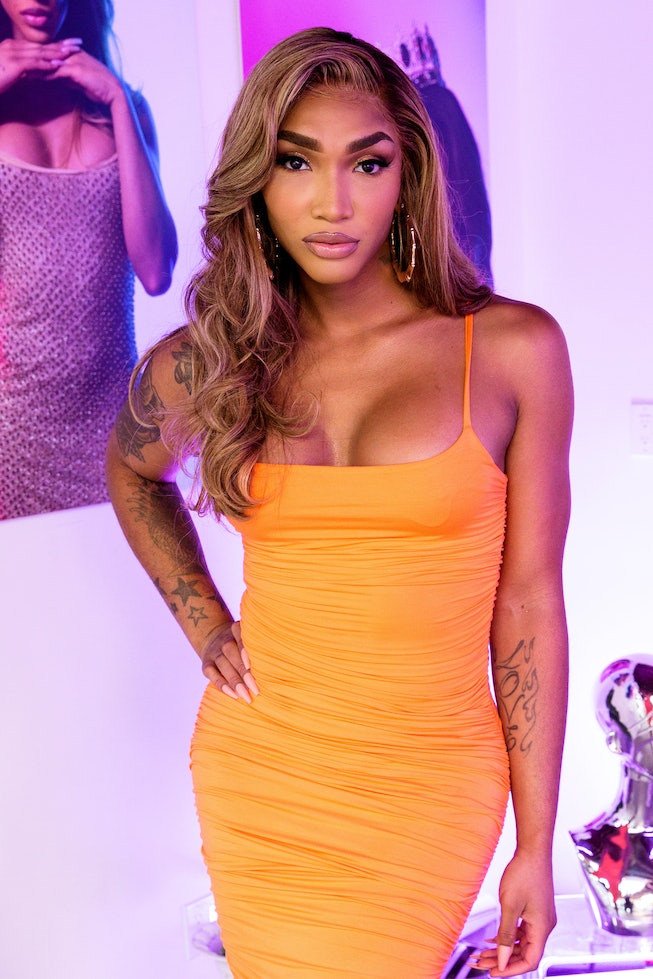 If you don't know Tokyo Stylez by name, you're surely familiar with her work. The Nebraska-born, Los Angeles-based hairstylist and wigmaker is the mastermind behind some of today's most influential talent and their inches, laying flawless styles on the likes of Cardi B and Kylie Jenner (never forget when no one could tell if she was wearing wigs or just dyed her real hair, they looked that good). While she's mostly been behind the scenes over the last few years —making the right connections, perfecting her craft — Stylez is ready to be the center of attention. Fortunately, Snapchat agrees.

On November 21, Queen Of Stylez, a new docuseries from Snap Originals, will premiere on the platform's Discover page, following the life of Stylez (real name Mia Jackson) and a slew of her larger-than-life celebrity clients, including Paris Hilton, Flo Milli, Mulatto, the aforementioned Cardi B, and more. It's a big move, and an even bigger change of pace for Stylez, but it's one she's been waiting for — and isn't taking for granted.

"We've been working so hard to get a show for a while, and now finally we got it," she told NYLON over the phone ahead of the show's premiere. "I just wanted to be able to use the platform to show the world who I really am, because I don't really showcase that on Instagram and other social media platforms — I just post pictures and, you know, nobody gets to see my personality, my character, or the behind the scenes. I just wanted people to see how crazy it really is, it's not always about the glitz and the glamour."

A large part of the eight episode docuseries will focus on exactly that: the messy realities behind the Instagram photo, the red carpet appearance, or the music video shoot. But the show also gave Stylez the opportunity, and the right platform, to talk about her identity as a trans woman (and the process of transitioning in general) on her own terms.

"It's all about timing," she said. "I'm definitely in the right state of mind, right place to talk about it. I'm comfortable with myself. I feel I'm like way more established now then if I had a show five years ago; I don't think it would've been as good as this one is going to be. Timing is everything and it gave me time to build my character and go through things so I can learn about stuff and figure out what needs to happen, and now I know exactly what I had to do to get to this point."

At five minutes per episode, Queen Of Stylez joins a full roster of successful, vertical, and short-form mobile content from Snapchat, a platform that currently reaches 90 percent of 13-24 year olds and 75 percent of 13-34 year olds in the United States.

"I think we've especially been successful in the short-form premium content space because of how closely we listen to our community about the types of content they want to watch," Alex Leibow, development manager at Snap Originals, shared with NYLON over email. "Engagement and user behavior on mobile is remarkably different than more traditional platforms. By catering to those unique behaviors, Snap has been able to foster a meaningful relationship with our audience and introduce them to entertaining and innovative new franchises made for mobile and with their interests in mind."

When it comes to Stylez specifically, Leibow says the platform knew they had something special on their hands."Not only is Tokyo one of, if not the, most famous and talented hair and wig stylists in the world who works with the biggest celebrities that our audience cares about, but she's also going through such a powerful and courageous time of her life as she's fully transitioned into a woman and discovering her identity. It's stories like hers that inspire you to seek the life you want to live and not let any obstacle hold you back."

To that point, the team at Snapchat and Stylez herself couldn't be more aligned.

"I just want people to know, you can be yourself and whatever you want to happen can happen," shared Stylez. "You just have to stay strong and fight for what you believe in, and not let other people tear you apart or try and bring you down because they're uncomfortable with themselves. That was one of the most important things to me that I was able to show to people."