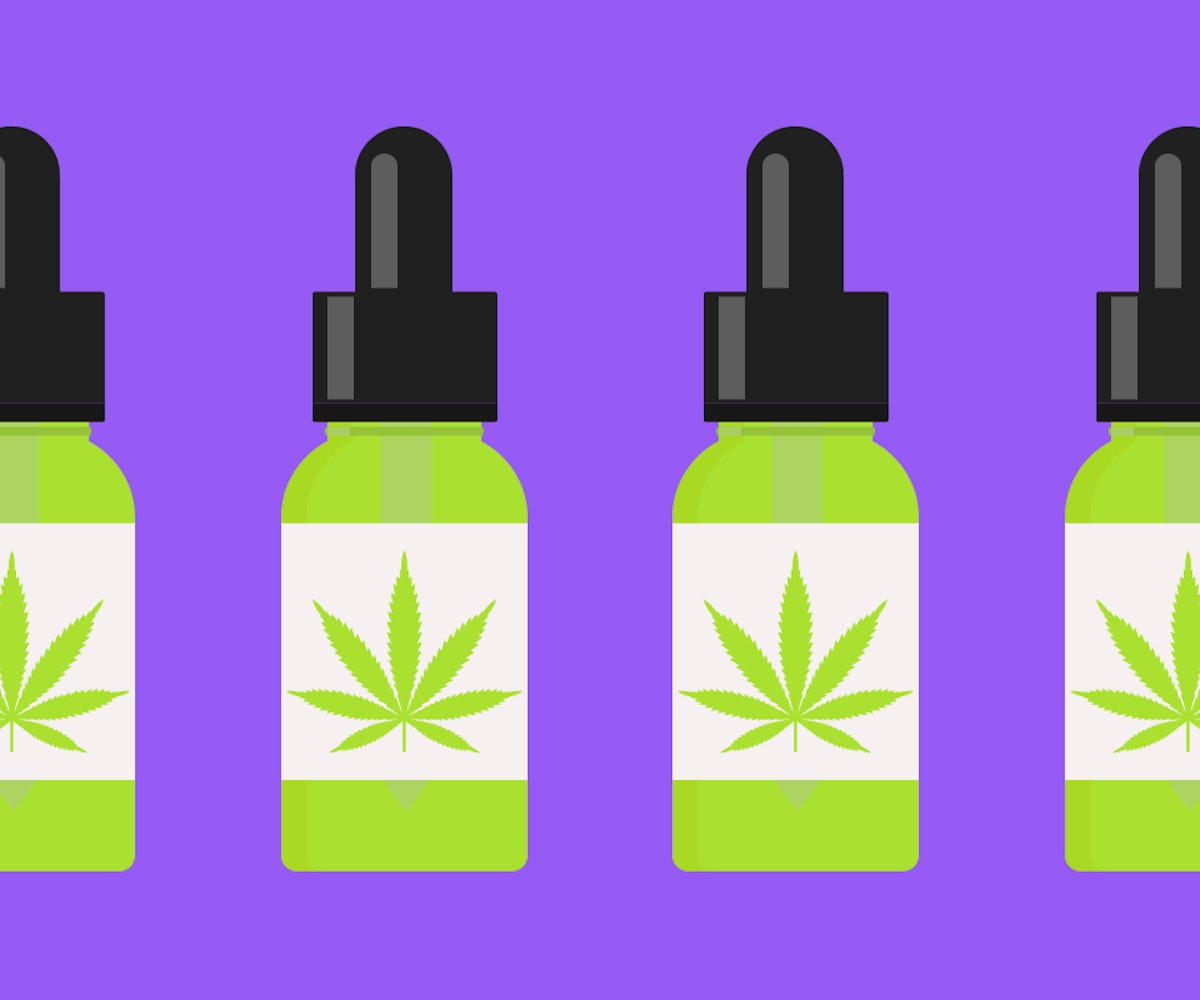 You've probably noticed lately that everyone and their mom is taking CBD oil. (Except my mom, who I'm pretty sure is not, as Oprah has not yet recommended it; though, once that happens, she will undoubtedly buy it by the metric ton.) But what's intrigued me most about this trend is the influx of CBD skin-care products, because if there's one thing my face did not have in 2018, it is any chill—at all. Whatsoever.

Now, it's 2019, though, so my face is ready to relax—like, really ready. A likely combination of stress hormones and the fact that I live in New York City—which is alternately a cold or hot garbage factory with air that's more smoke than anything else—has resulted in me needing extra relaxation, in general, and dreaming of exactly that for my poor, exhausted skin as well.

So when I heard about TresMonet, a seemingly magical serum that combines CBD oil and stem cells to make faces super-calm and newborn baby-like, I was so in. Despite, or possibly because of, the $1,250 (for 30 mL, or $120 for 2mL) price tag—which, whoa—I figured it was worth seeing what this was all about and reporting back.

The ingredient list given to me by the manufacturer describing this miracle concoction is as follows:

Right off the bat, I was slightly scared because of the coconut oil, which, while a miracle product in almost all ways, is also liable to clog pores—especially if you have acne-prone skin. But I wanted chill, high skin so badly! So I tried it. And sure enough, my skin reacted by laughing at me for trying to put coconut oil on it, as though I hadn't done that same thing before and been supremely bummed out by the results.

A rep for the company confirmed for me that the coconut oil could be an issue for [the] "less than 2 percent [of the population] that has sensitive skin that might be prone to [acne]." WHY GOD WHY.

But I figured that didn't mean I couldn't try it on my under-eyes and my hands and places that don't (I don't think?!) have the ability to break out (please tell me my hands won't break out). And so I did just that, and I swear it has made a difference (maybe? I think?). Baby lines that were starting to say "what's up" to me, so that I was like, "not much, please leave," actually left! To the point where I've lately started staring in the mirror at them like, Are you sure you're not just hiding? They don't answer because... they're not there. Where did they go? I don't know, maybe to a hemp field where they're living a better life? Who can say?! Will I want to visit these former lines someday, and see how they're doing? No, I don't think so. I think I will just want to be in a hemp field. It sounds dope.

Perhaps the most impressive part of this whole thing was that these results occurred after I'd only used the product for a few weeks. And yeah, it would've been great if it cleared my skin as well and I could focus on the rest of my face, which would also greatly welcome its weed magic. It'd also be great if the price point didn't make me cry because it's basically a house payment in a major city, but still.

So would I recommend it? Well, if you suddenly come into a large pile of money and want to get your face high, and especially if your skin doesn't react poorly to coconut oil, oh my goodness, yes, I'd recommend it.

Also congrats on the money pile and where did you find it?