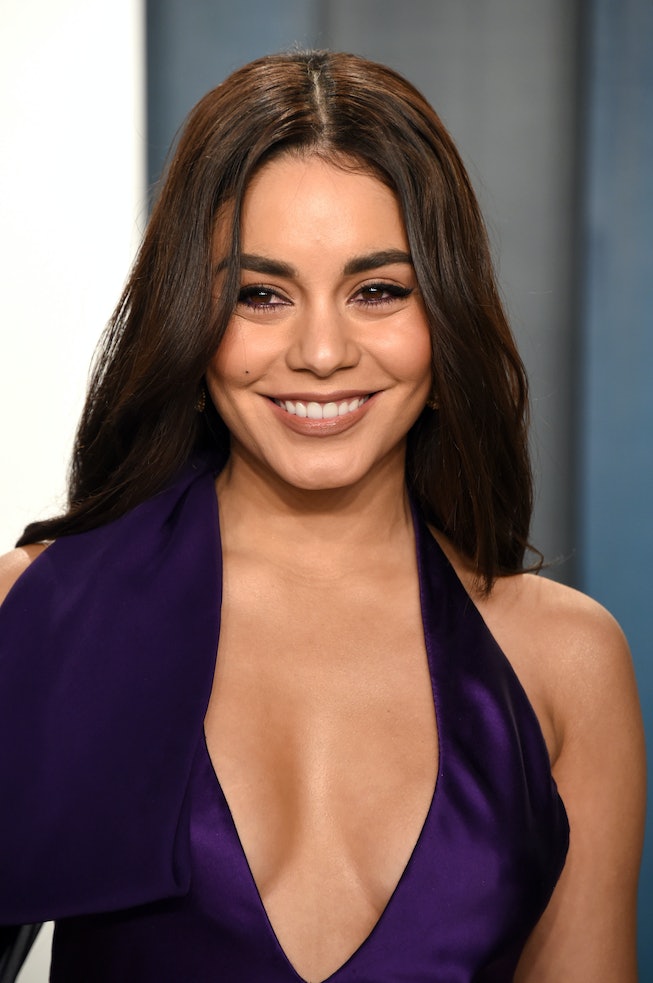 September has only just started, but as Vanessa Hudgens proved, it's never too early to start prepping for Halloween costume. Ditching her usual soft and subtle glam, Hudgens shared a peek at her incredibly accurate "spooky Bratz doll" look.

With a little more than a month until the celebration all things costumed and scary arrives, Hudgens got into the spirit of the season, combining bat hair clips with a bold lip, and a seriously curly updo. "Just because it’s Thursday," she wrote of the look.

Her Halloween Bratz-inspired glam featured Hudgens turning her eyes into larger, doll-like features. Shaping her brows, and adding exaggerated lashes, the star topped off the look with a careful use of eyeshadow shading.

For the rest of her makeup, Hudgens chose to add a single, miniature heart stamp to her cheek. Her lips also received the Bratz treatment, and along with coating them in a dark shade of product, she used liner to create and define the perfect pout.

Not forgetting her hair, Hudgens pulled a portion of her curls into a half ponytail, and she secured it with what looked to be a scrunchie. To get the full Halloween effect, she clipped back her bangs with bat-shaped hair accessories.

It remains to be seen whether Hudgens will end up celebrating Halloween as a Bratz doll, but this isn't the first time she's tried out a new costumed identity. Earlier this month, she took a cue from Moulin Rouge, and she later donned an intricate, jeweled headpiece, and a very punk-influenced look.

Check out the doll-inspired Halloween beauty routine, below.