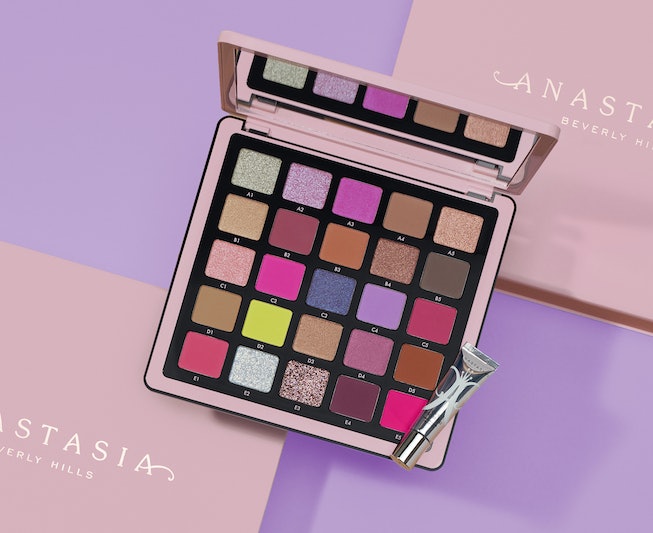 Nearly two years after the release of a now viral eyeshadow palette, and Anastasia Beverly Hills president, Claudia "Norvina" Soare, has returned with a sequel. Released in 2018, the Norvina eye shadow palette became an Internet sensation among members of the beauty community, with many praising the collection of neutral and shimmer shadows for its wearability. On Monday, May 11, Soare released the Anastasia Beverly Hills Norvina Palette Vol. 4, a sister product that expands on its predecessor with a selection of spring-worthy shades.

Retailing for $60, the palette is the latest addition under the ABH Norvina umbrella, a collection of products curated and created by the company's president. Containing 25 shades, the Norvina Palette Vol. 4 features some shadows inspired by the original palette, but there's also a host of brighter colors and pigmented hues made for creating seriously dramatic looks. Inspired by the many colors of spring, the palette incorporates enough shadow variation to create looks worthy of wearing even in the winter.

Featuring a warm metallic silver, hues of brown in shades ranging from gold cinnamon to a light sand, along with a rosy pink, and a rich magenta, the collection has already resulted in numerous Instagram looks worthy of a double tap. Below, see what the Norvina Pro Pigment Palette Vol. 4 looks like on 15 different skin tones.