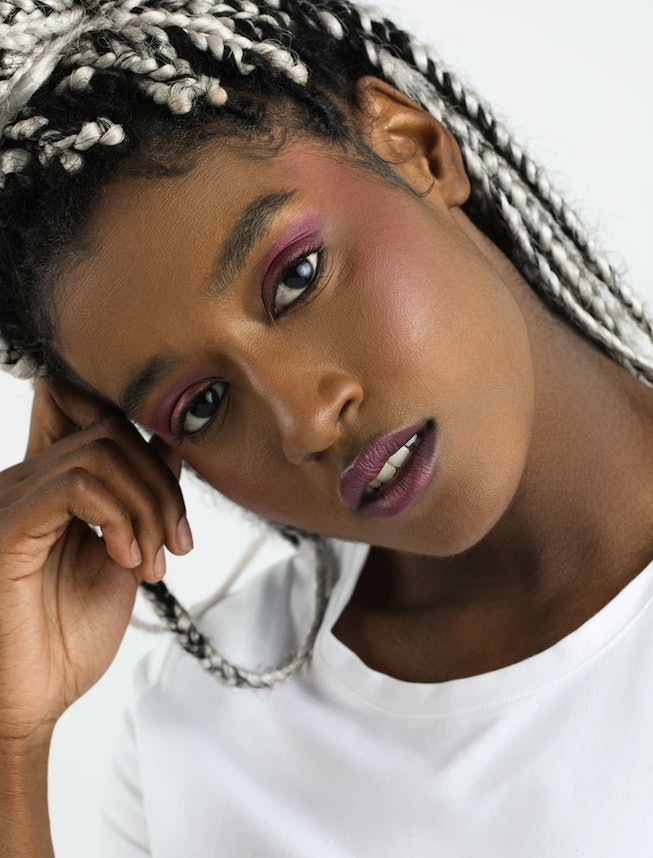 After racking up a waitlist that included the names of more than 10,000 eager makeup fans, Live Tinted has officially restocked its Huesticks. The $24 multipurpose makeup stick made quite the splash with its debut, relying on a special formula that adapts specifically to an individual's skin tone. Along with a flattering collection of shades, the product can be used for multiple steps in your makeup routine.

Shipping out on June 24, the Huestick comes in five shades, including a newly released berry named Free, a peachy pink called Perk, and a deep brick dubbed Found. Each shade is multipurpose, meaning it can be used as blush, eyeshadow, or lip coloring. The shade Origin, an orange red, can also be used to balance out skin discoloration caused by redness or dark circles and spots. Every Huestick is vegan and cruelty-free, and comes packed with good for your skin ingredients including Hyaluronic Acid, Squalane, and Vitamins C + E.

Based on online reviews, it's easy to see why so many were eager to try the product. Some people commended it for giving a "natural flush of color," while others noted how the shade fit perfectly with their skin. "These have changed my makeup game and my morning routine," one Instagram follower wrote.

The product is the first to be released from Live Tinted, an online beauty community, founded by Deepica Mutyala, which is focused on diversity and inclusion. Launched in 2017, Live Tinted later expanded into makeup with the release of Huestick. As the community is so focused on inclusion and dismantling colorism in beauty, its signature product was tested on multiple skin tones and was designed to be universally flattering.

Get a peek at some of the colors in a video announcement regarding the launch, below.