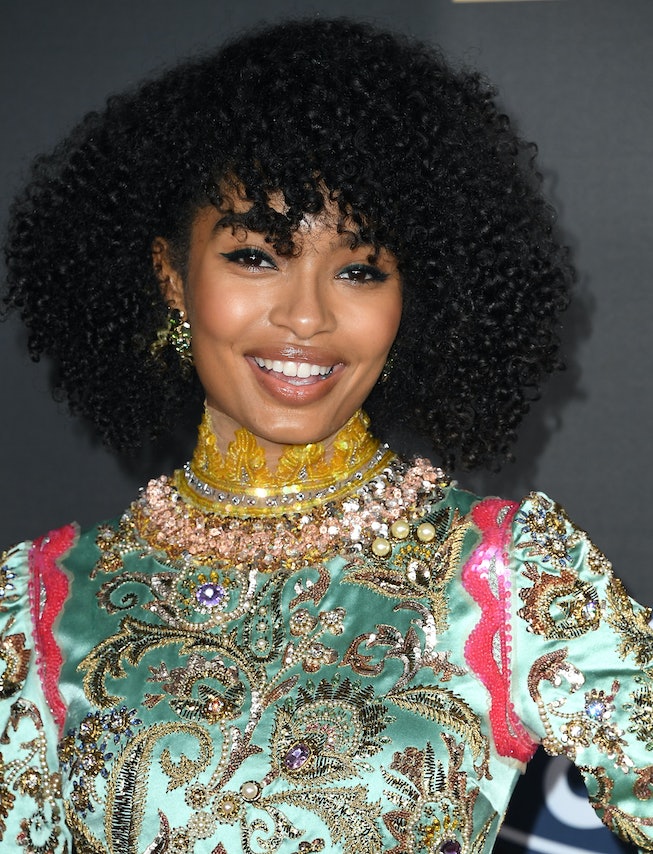 Even in its virtual ceremony state, preparing for the 2020 Emmy Awards took some serious glam work. This year, celebs were serving looks from the couch, and before taking her turn in the virtual spotlight, Yara Shahidi shared an endearing behind the scenes look at her Emmys beauty prep.

Stealing the show with her minimalist Emmys glam and stunning braids, Shahidi spent her pre-Emmys prep partaking in a very important grooming process. Sharing an Instagram video that had her sans-makeup and completed hair, she captured as she treated her upper lip hair. "Giving you Emmy’s prep realness ayyy," she captioned the video.

Hours later, she would reveal the completed look, but the reality of her Emmys beauty routine struck a chord with many followers. "Yara, yes with the realness! Real girls have mustaches," one follower remarked. Saweetie also chimed in, asking Shahidi to "come down mine" and Lily Collins wrote, "I love this so much."

It's unclear whether Shahidi chose to bleach her lip hair, or she used a face-approved hair removal product like Nair, but both are commonly used ways of maintaining upper lip hair. There are multiple methods approved for safe facial hair removal, and which process you choose remains entirely your choice. However, before using any method of hair removal, it's important to read the labels, or read up on the process, and ensure that what you're using is safe for the face.