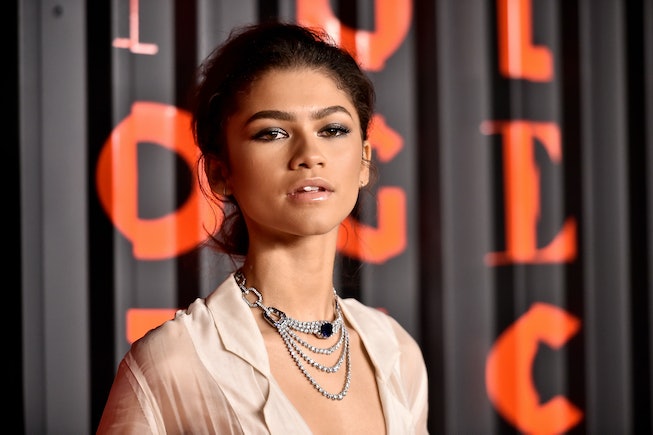 Zendaya continues to be an advocate for mental health, using her platforms to discuss coping with anxiety. In a new interview for the September 2020 issue of InStyle, Zendaya opened up about anxiety, and dealing with it has been a never-ending process.

Reflecting on all that's happened over the past year — including COVID-19 and the death of George Floyd that re-energized the Black Lives Matter movement, Zendaya admitted that she's really not sure how she's doing. However, she's trying to remain grateful and positive. Previously speaking at length about her continued struggles with anxiety, the actor said that despite years of contending with mental health issues, she still doesn't have it all figured out.

According to Zendaya, coping with anxiety has been a lifelong process. It was only at the age of 16 that she first started to notice how much anxiety could truly impact her day-to-day life. "I was working and there was a project I had turned down. That was kind of my first time dealing with the internet, and it made me feel sick. I deleted everything and stayed in my room. Live performing really gave me anxiety too. I think a lot of it stems from the pressure I put on myself, wanting to do my best and not make a mistake. I definitely don't have it under control yet," she said.

She joked about not having the key to totally keeping her anxiety under control, but she did credit her mom with helping her through this time. "I do find that talking about it is helpful, and that can often mean calling my mom in the middle of the night. Sometimes I make her sleep on the phone with me like a frickin' baby," she said.

Along with engaging in conversation with family, Zendaya has been keeping busy throughout quarantine, saying that she's enjoyed Iistening to Ungodly Hour from Chloe x Halle, and she's learning how to play piano. She's also thinking of the future of Euphoria, and addressed what's happening regarding a second season. "There is a beautiful second season that has been written, but in order to do it the way we want to do it, we need to wait until it's safer. There is an idea to do a couple of bridge episodes that can be shot safely but aren't necessarily part of Season 2. So, hopefully, we will be able to do those in the coming months," she said.