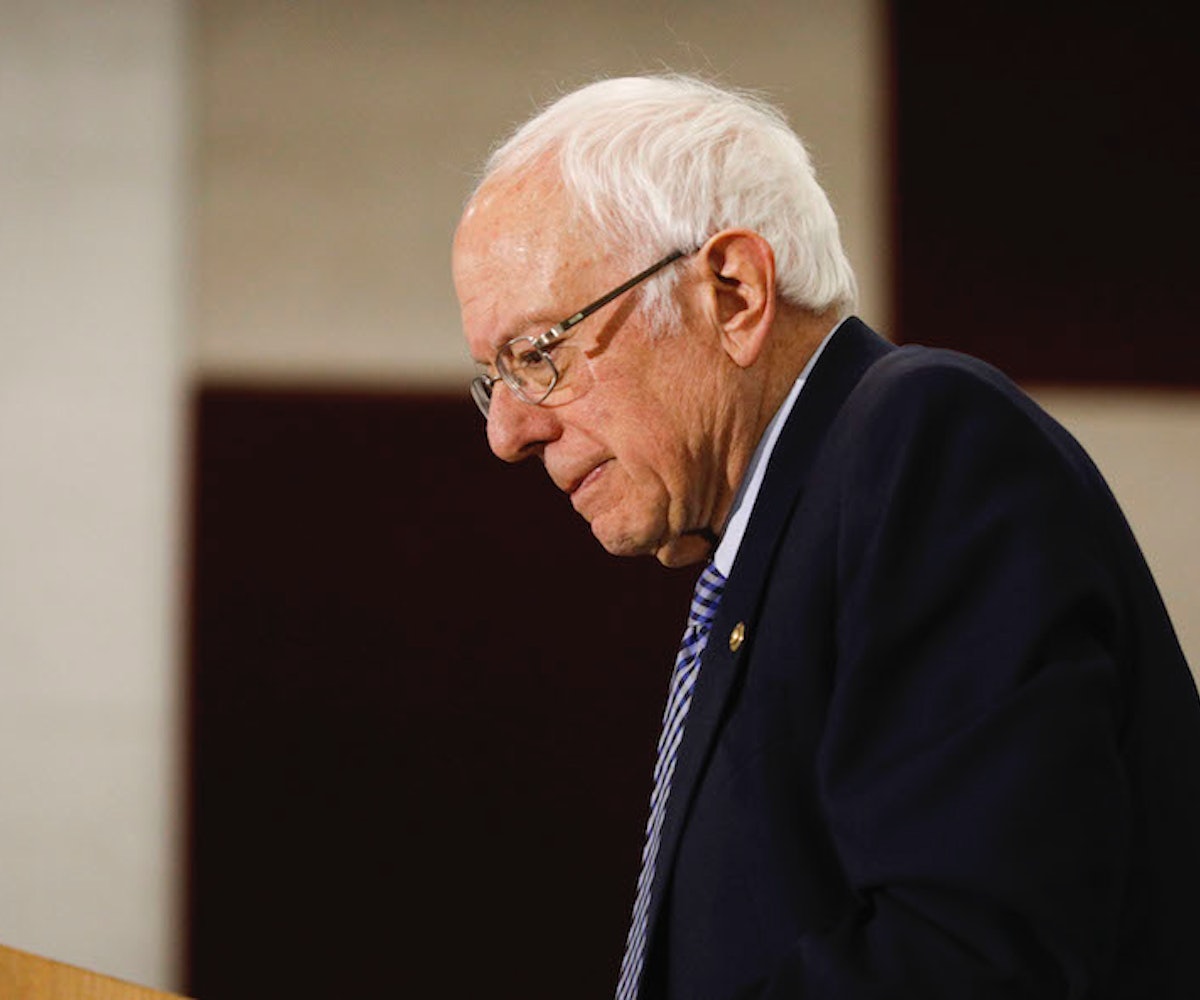 It's official. Senator Bernie Sanders has suspended his presidential campaign. In a livestreamed address, the Vermont senator told his supporters that while as a progressive movement great strides have been made, the road to winning the nomination had become impossible.

"Together we have transformed American consciousness into what kind of country we can become," Senator Sanders said in his address. He then went on to namecheck several of his campaign's key platforms, including the $15 minimum wage, universal healthcare, clean energy, and affordable college, noting, "It was not long ago that people considered these ideas radical and fringe. Today they are mainstream and are already being implemented."

Sanders also made note of the outsize support his campaign received from musicians and artists, saying, "I want to thank all those that made the music and the art an integral part of our campaign."