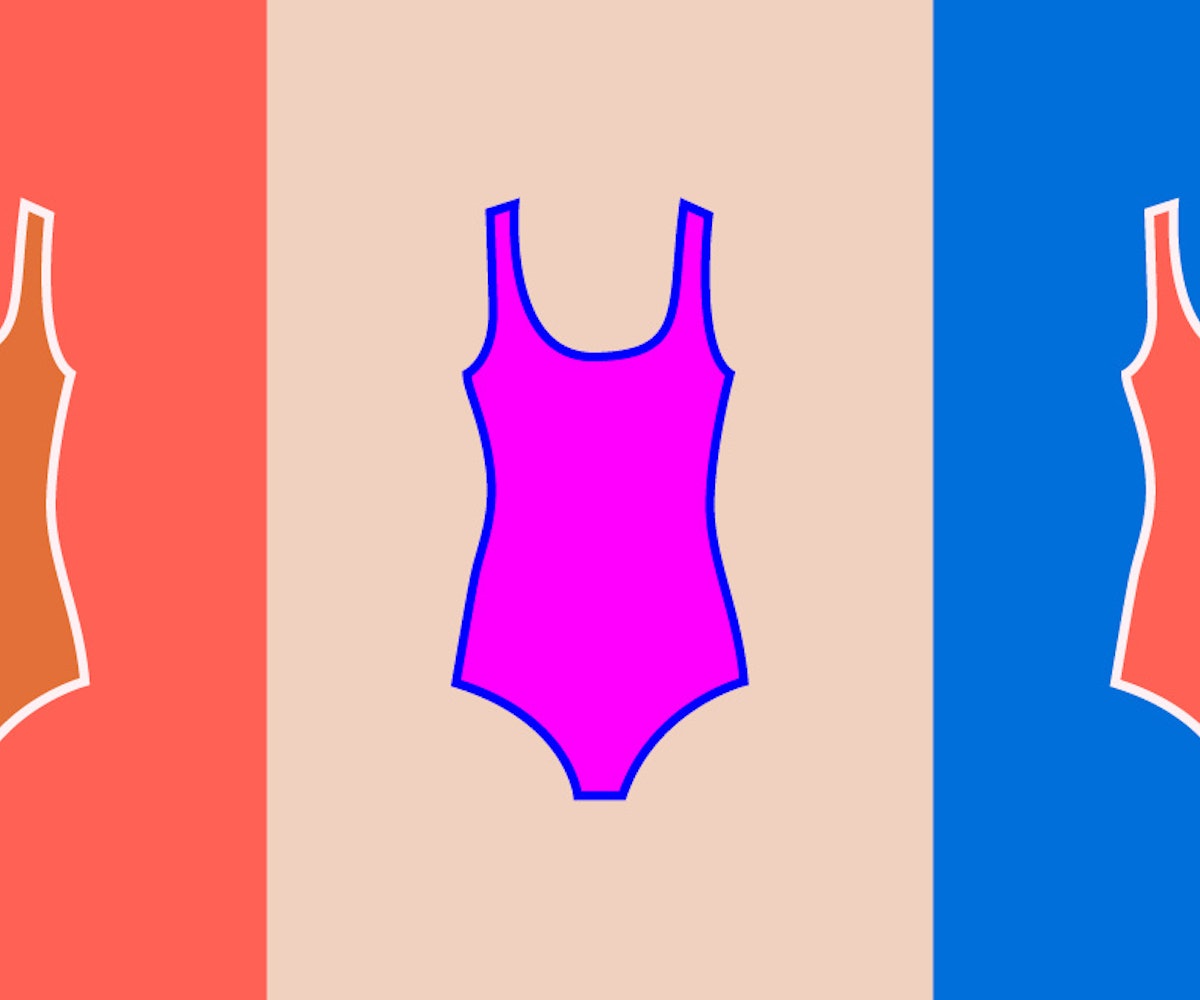 As a flat-chested '90s tween, I spent most of my time in a one-piece.

On weekends, I rocked trendy snap-crotch bodysuits while running my neighborhood dance troupe's rehearsal to "Baby Got Back," and during the week, swapped them in for their more sophisticated sister, the leotard, during daily ballet and jazz classes. Dance was the metronome of my syncopated life—providing me a steady beat to return to as apartments and jobs and cities shifted perpetually around me.

My mother was a woman on the run, a neon flash if you blinked. A woman who would pick up and move with no warning, sometimes several times a year, and whose idea of a family vacation was pulling my little brother and me out of school for a spontaneous road trip to Sacramento to eat pizza in a Motel 6. As such, freeway breakdowns were one of the few dependable events of my youth. Sometimes a tow truck came, sometimes, like when we broke down in Lodi, we'd just walk the two miles into town and hole up in a seedy motel, watching cable in our underwear in the sticky summer air until the car was fixed.

"Well, what can I say guys?" my mom would laugh. "We're stuck in Lodi again!"

Life with her was like that; a spontaneous afternoon trip easily became a Creedence Clearwater Revival song.

But, no matter where we lived, she always found me a dance studio. In the studio, things were structured and clear. There were five positions. Ballet was my math, its uniform the calculator. Getting ready to dance was simple. There were few choices—black or white or pink, tights, leotard, maybe a skirt, my thick, long hair pulled into a tight bun. Whether in my home-life as a budding choreographer or in the studio as a disciplined dancer, the cohesion of the one-piece bound life together with an order not found elsewhere.

Life at home never did get simpler, and sometime around high school, I stopped dancing, abandoning the comfort of its creative order for the quicker hit of boys and booze. I barely made it out in one piece. Grateful to bid adios motherfucker! to the '90s, I slid easily into the requisite going-out shirts, low-waisted jeans, and platform flip-flops of the aughts.

Coming into my 30s, I was in the midst of a major rebirth. I left the West Coast for New York City, and was nurturing the second coming of my creativity via writing. The ordered motions of dance had once tempered the kinetic nature of my life, but as my struggles diminished and much therapy was had, there grew space for a quieter, stationary art form. But what the hell was I going to wear in this new life? As a young 30-something with a West Coast-sanctioned "old soul," I wavered between styles. I needed to solidify a signature—a look both elegant and edgy.

When the bodysuit first made its defiant return, I refused, shouting a firm hell-to-the-no at the uniform of my youth. My ass was simply not old enough to be vintage. There was no way the '90s were back, I chanted in exasperation. I had just lived through them, right? But one day, drawn into an Urban Outfitters, I confirmed the bodysuit's place in the decade of our lord 2010. Among a display of CKOne crop tops and shell-toe Adidas that could have been plucked from my high school closet, there they were: racks and racks of snap-crotch bodysuits. In that moment I was haunted. Not only by the ghost of my generation's regrettable looks but of a life when I'd needed a one-piece to hold me together.

People who practice bondage and shibari, a Japanese form of rope tying, have a term for the feeling of total release from anxiety, and at times, altered states of consciousness, they enter when being bound and tied to the point of incapacitation. "Rope drunk," they call it. Scientists have proven that the brain chemistry of bottoms—the ones receiving the stricture or containment—in bondage sessions, can shift into something like a trance state. Zentai suits—full-body leotards—are used in extreme kink, and wearers report an ease that comes from the physical sensation of having their bodies constricted and held under the second-skin of fabric. It is seamless. A holy sense of order.

But I could no longer be contained in the binds of a bodysuit, leotard, or any other garment. I was a woman writing my own destiny, damnit. There was no way, I thought, that the clothes of my childhood could contain the woman I was now.

Over the next couple years, though, I watched as panty lines disappeared on my feed and Kardashian look-alikes flaunted the level of seamless flawlessness only achievable via bodysuit. I pined for that sort of uncluttered chic. This time it wasn't about being controlled or contained but being the one in control. I began to see the one-piece as something that might allow me a new brand of freedom. When I finally broke down and tried on a basic white snap-crotch, I was shocked at the flood, not of nostalgia, but relief.

Instead of being shuttled back to the pain, awkwardness, or chaos of my tween and teen years, I felt simplicity wash over me. My body, though no longer ballerina-like, settled into the fabric like a hug, and I envisioned a life of perfectly tailored high-waisted pants, power blazers, and yes—thong (because seamless) bodysuits. I imagined squeezing the wildness of me through its fabric like a tube of toothpaste and emerging on the other side a simple, streamlined woman. Maybe I'd live a life like Joan Didion, who famously packed two leotards when traveling on assignment. While I haven't achieved that level of simplicity, I have embraced the one-piece for good, and my collection, once again, contains both snap-crotch and non, trendy and uniform.

Like it had when I was a kid, putting on that first throwback one-piece gave me an instant sense of structure and order. But this time around, its compression captured something else. Power. Because the rest of my life was in relative order, the bodysuit felt like a reclamation. I began to dream about who I might be within its bounds—ones that, this time, I chose.