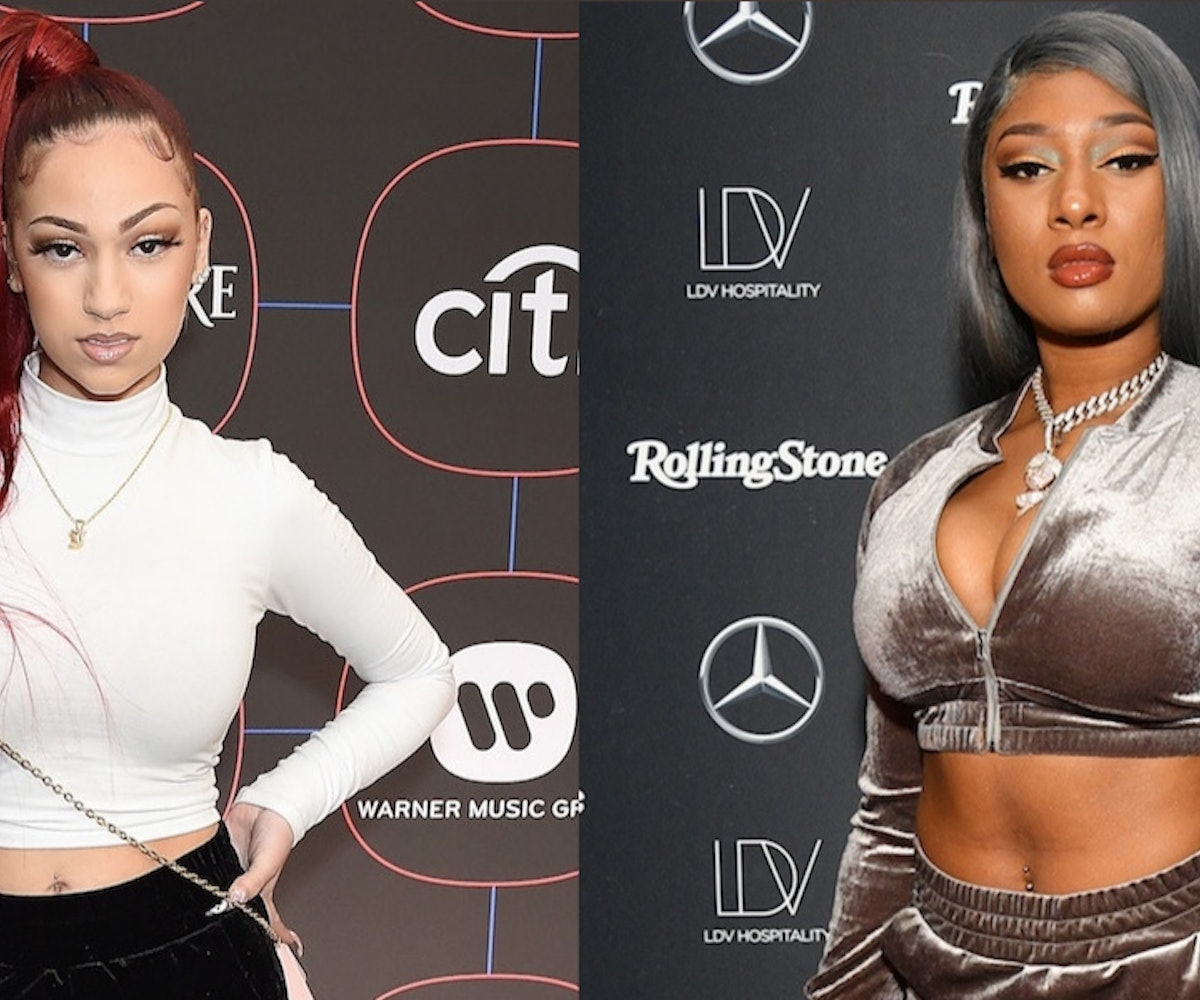 Bhad Bhabie and Megan Thee Stallion just dropped a new collaboration, and I can honestly say I did not see this coming in any way. The teaming of these two artists is pure chaotic good; it's a remix of Bhabie's previously released track that will now live on as the go-to hype song for BFFs everywhere who love both mess and musical talent.

Bhad Bhabie, aka Danielle Bregoli, originally released the track featuring Kodak Black, which tells you a little something about why I'd originally paid it absolutely no mind. But on this remix featuring the musical answer to our prayers, Megan Thee Stallion, Bregoli immediately launches into her original hype-up verse, leaving Megan to absolutely tear it apart in the second half. "Your hoes better not fuck with my best friend/ 'Cause if she don't like you bitch then I don't like you either," is arguably the first commandment in the bible of best friendship, and with Megan's addition to the track, this song will officially go down as the official hype-girl song of the century. I want this played at my wedding.

Lil Yachty started acting dumb in the Instagram comments just as Bregoli announced the release of the song late Thursday evening, asking "was my verse that weak" in response to the album art featuring Bregoli and Megan. Judging by Bregoli's curt response, Yachty was never anywhere near that track, and was just trying to stir up drama that he was excluded from the final cut. Even if he was theoretically planned to be on this remix, I'm glad he wasn't in the final cut, because we need none of that unfunny dude energy anywhere near this masterpiece.

Even if Bhad Bhabie and Megan Thee Stallion aren't BFFs in real life, and are friends that only exist for the purpose of this track, I am going to imagine that they are a chaotic ride-or-die that has no room for haters to come between them. Listen to "Bestie" below and have your life changed forever.