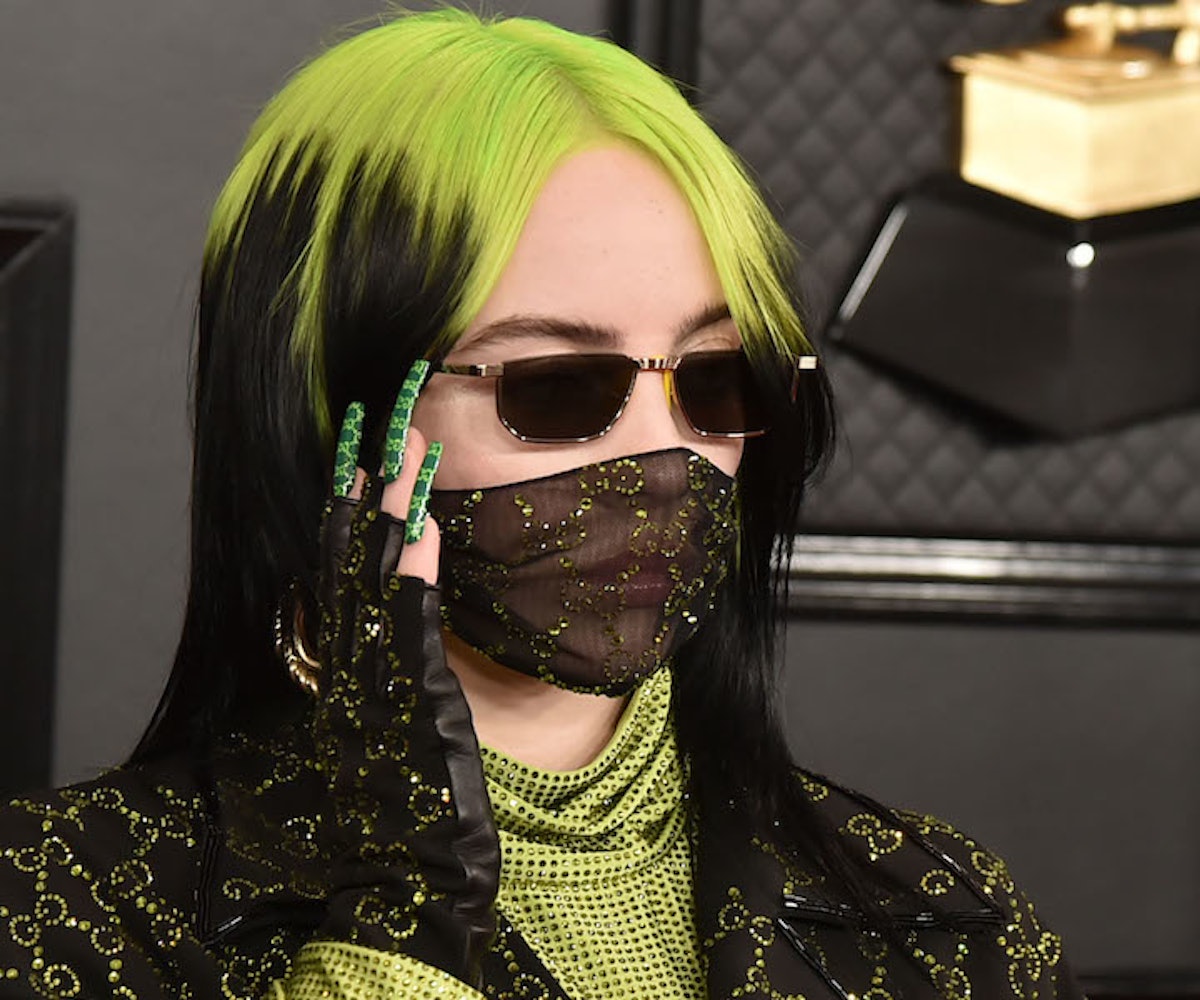 Billie Eilish is a five-time Grammy winner and she will not let any dusty impersonations of her stand. After Eilish caught wind of a YouTuber impersonating her in public, she logged on to make her ire known. "Please stop doing this shit. It is not safe for you and it is mean to people who don't know any better," she wrote on Instagram stories alongside a photo of the culprit. "You make me look bad."

It wasn't just the impersonation itself that got Eilish heated, it was the impersonator's severe lack of drip. Sure, the impersonator opted for Eilish's signature baggy silhouettes and slime green-accented hairstyle. She also went the extra step and had a group of burly men in security shirts and aviators surround her! But where she failed was in the details. "Also soooo disrespectful that you'd go out pretending to be me wearing this," wrote Eilish alongside a zoomed in shot of the impersonator's musty socks and shoes. Eilish is out here rocking head-to-toe Gucci on an almost 24/7 basis! Do your research!

Jordan Matter, the photographer behind the stunt, has since removed the footage. "I gathered a crowd and had Billie do a huge cheer flip and then revealed it's not Billie. I had absolutely no intention of disrespecting Billie," he explained in a statement shared to Instagram. "I'm a big fan, like everyone else."