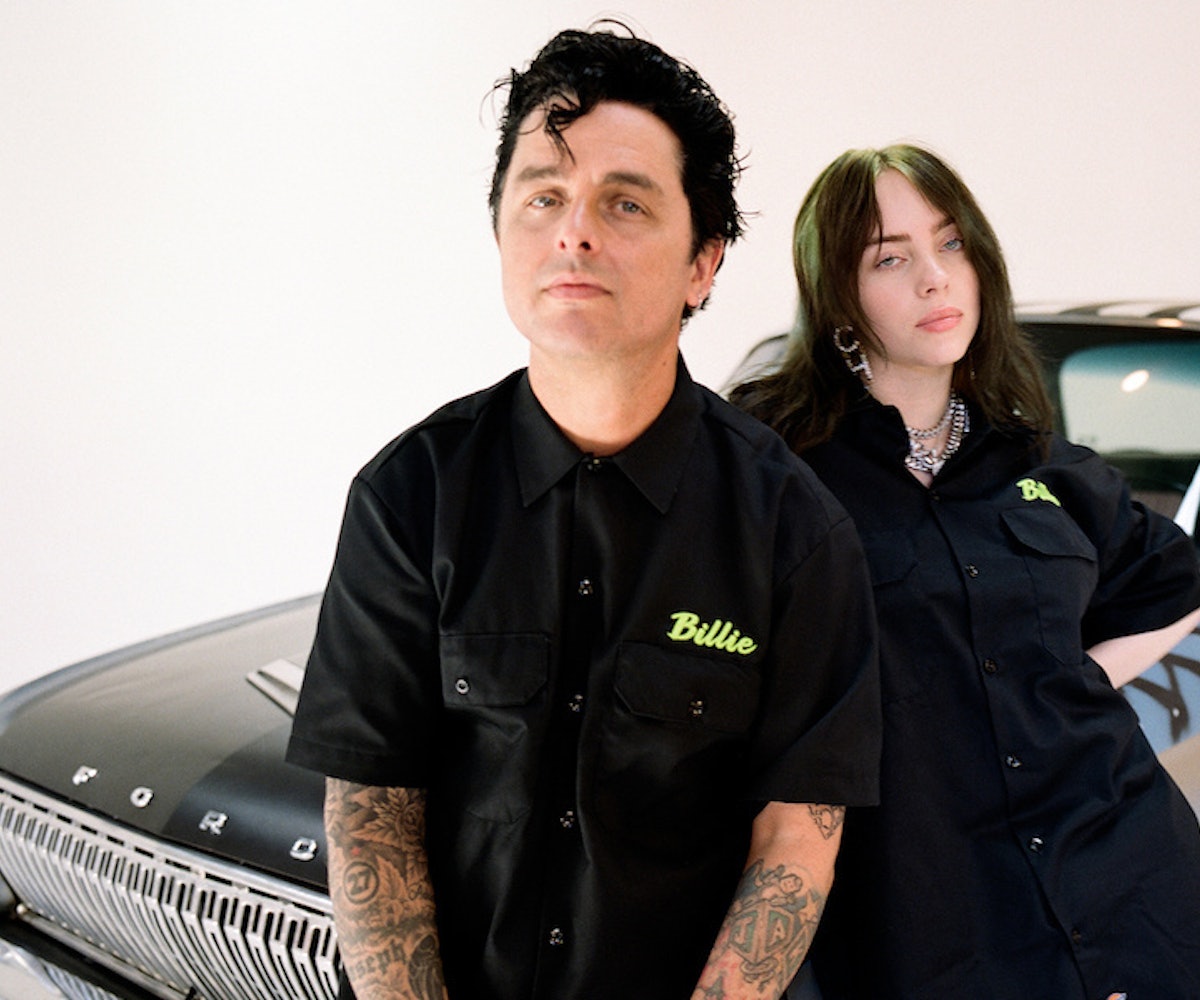 Though artist-on-artist interviews can often be a bit boring, reading Billie Joe Armstrong and Billie Eilish in conversation is truly the gift that keeps on giving. For Rolling Stone, the Green Day icon sat down with Eilish to discuss a myriad of topics, one being that Eilish is a huge fan of Armstrong's work.

Eilish soon proved to be just as embarrassing interacting with her favorite celebrities as most of us would be — especially if we were interviewed by them. "I can't believe I'm in the room with the guy who was my wallpaper," Eilish exclaimed without prompt in the middle of the interview. After Armstrong asked if it was true, she clarified that he was "on the lock screen on my phone," which isn't necessarily as stan-level of an obsession as wallpapering her bedroom with him (see: Eilish's Justin Bieber phase). Nonetheless, her weird word-vomit when faced with her fave punk rocker is totally relatable. Stars, they're just like us!

Elsewhere in the interview, Rolling Stone writer Patrick Doyle notes that the generational gap between Eilish and Armstrong was pretty clear as they prepped for the photoshoot. Apparently, as Armstrong looked as his reflection in a stylist's mirror he declared, "My eyebrows are on fleck," which exudes Big Gen X Energy. Of course, this made Eilish laugh and correct him, saying, "On fleck? It's fleek!"

Read the full interview between Armstrong and Eilish here.