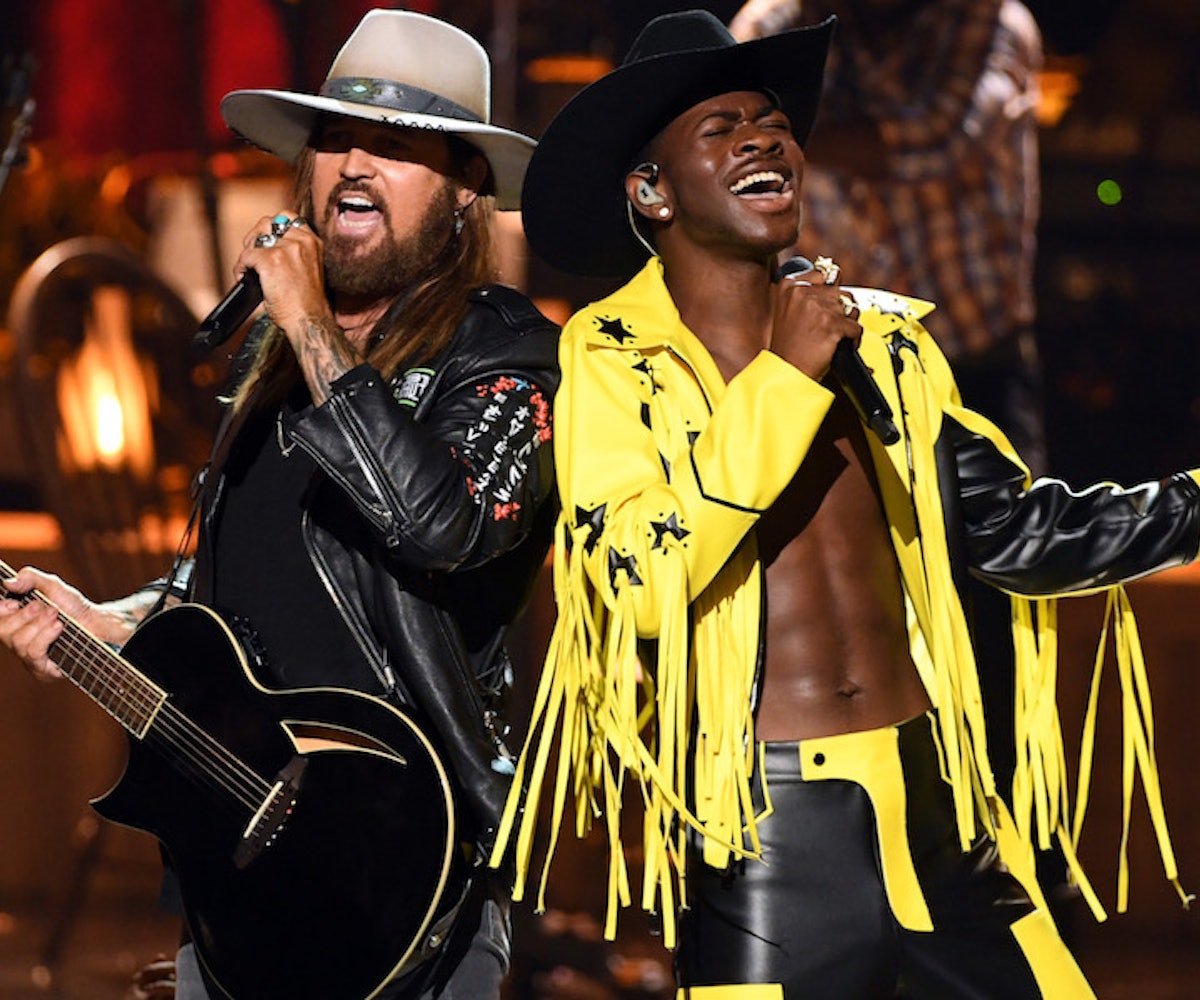 Last night, Billy Ray Cyrus appeared alongside (a very well-dressed) Lil Nas X at the BET Awards for a live performance of Nas' hit "Old Town Road." It was during this that the show's host Regina Hall had Twitter thinking that Cyrus went to an HBCU.

When Hall introduced the country singer as "Howard University's own Billy Ray Cyrus," it didn't register as a joke to some, and had plenty running to Google to do a little fact-checking. One user questioned, "Hold up, Billy Ray Cyrus a whole HBCU Grad outchea?" This joke was only made more convincing by the fact that Cyrus, as another Twitter user put it, "hit that 'HU You Know' proper."

Those who did find themselves on Google had the joke killed quite quickly, noting that Cyrus attended Georgetown College (not to be mistaken with Georgetown University) on a baseball scholarship, and then switched to music before dropping out in his junior year.

But, let's face it. Even without the entire HBCU confusion, it's pretty bonkers that Billy Ray Cyrus was performing on the BET Awards and had everyone on their feet. What's more, he did it alongside a Black teenager who holds a No. 1 country song on the Billboard Hot 100.