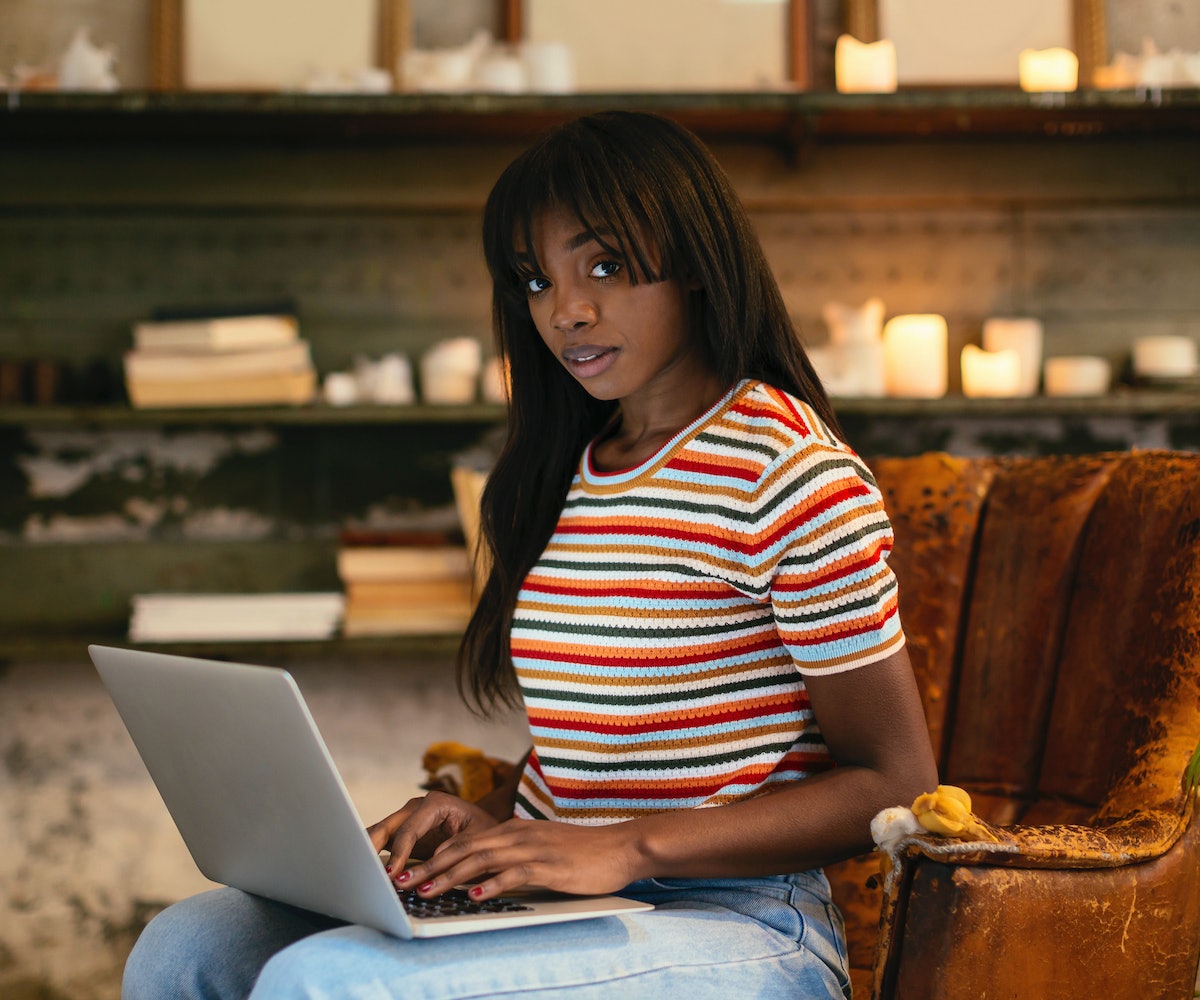 Last week, Madeleine Aggeler wrote an article for The Cut that was instantly relatable to anyone who has ever communicated electronically for work. In "More Exclamation Points Please!!!!!!," Aggeler made the convincing case that the punctuation mark is an easy way to make online conversations more friendly and less daunting, and so they should be used with abandon. Or, in her exact words, exclamation points (and other emphatic spelling hacks, like adding letters to words or using repetition) "are the social lubricant of an office."

Aggeler's piece was met instantly with a chorus of "omg yes!!!" from young professionals on Twitter. And I also agree that softened language can facilitate better communication and foster more community between colleagues. But after reading a tweet from a former co-worker, I realized that there is another reason why the exclamation point is such an effective tool for me: race.

When Ashley Edwards, former deputy news director at Refinery29 and a Black woman, tweeted her response to the piece, she didn't mention race—but she also didn't have to. I knew what she meant. Stereotypes about Black women being angry, aggressive, and overbearing have led many of us to exist in our workplaces constantly on the defense. Code-switching is a practice that many of us employ in order to avoid the implications of these stereotypes. This code-switching includes the way we speak, dress, wear our hair, and, yes, the way we send emails and engage in other forms of communication.

I reached out to Edwards about her tweet, and she shared a story with me about how a former manager (a white woman) told her that Edwards was being rude over Slack and email. Edwards explained that her online communication is usually short and to the point because she's sensitive to how people are buried in messages, and so she doesn't want to waste anyone's time. But, she said, "As a Black woman in the workplace, when you're direct, ambitious, and outspoken, you're seen as aggressive and threatening—it's not seen as 'leaning in.'" Edwards said she began using an abundance of exclamation points to "disarm" her emails, despite feeling ridiculous about having to do so.

When Edwards told me this, it brought back a flood of personal memories for me: retyping emails to make sure my tone was friendly and light; editing the emails of Black female friends for the same purpose; listening to my partner, who is also a Black woman, obsess over messages she'd sent to her colleagues earlier in the day. I reached out to a few more friends who work in different fields and consistently heard things like, "I say 'hi hi' when I'm about to ask for something I need," in order for requests to feel less "demanding." Another friend said that she types out messages in a way that matches the upbeat tone her voice takes when she's code-switching; this often includes exclamation points and emojis.

Studies have shown that women of all backgrounds are penalized for being angry at work, and so part of Black women's need for cushioned communication is no doubt a response to that kind of insidious sexism. But we know that oppression is intersectional and sexism hits Black women differently. For us, exclamation points are not merely about appearing friendly and protecting the mental health of the more anxious members of our work family. They're also about avoiding painful confrontations grounded in racist microaggressions—and just blatant racism. To quote Edwards, Black women have been doing this "out of necessity, not because [we] want to be quirky in the office."