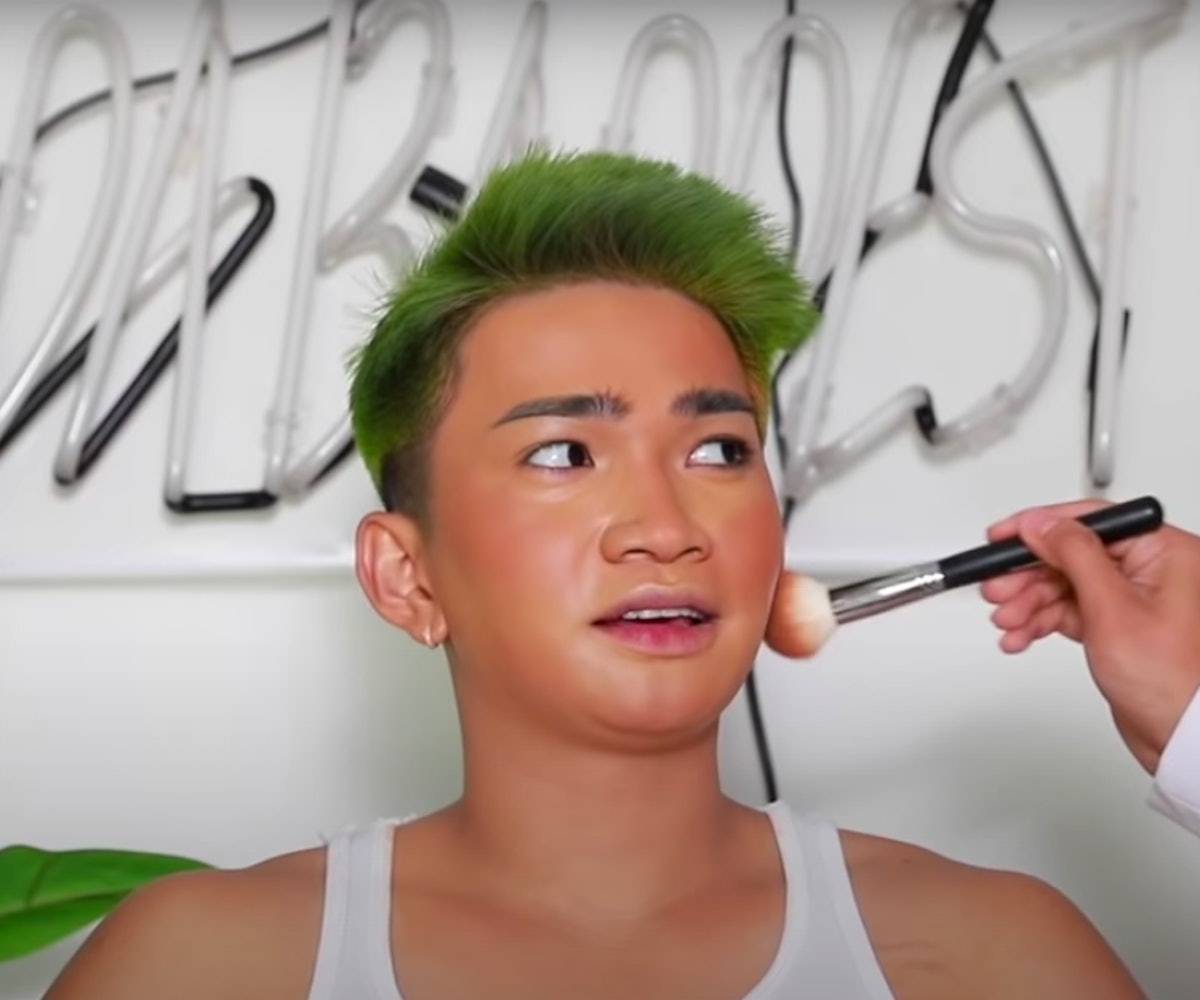 After countless YouTube uploads in which he guided viewers through extensive makeup routines, Bretman Rock invited his boyfriend to do his makeup. Rock and his boyfriend have kept much of their relationship out of the public eye, and this video marks the first time that the pair have collaborated on something publicly. While Rock's partner doesn't exactly have MUA credentials — or his own Wet 'n Wild collection — he does have Rock to talk him through the look.

Rock notes at the beginning of the video that he'd left an array of products out for his partner to use, and that prior to filming, his boyfriend study up on being a makeup artist, watching a single tutorial video. Relying on Rock's recently released Jungle Rock palette, primer, foundation, and blush, the tutorial begins, and along the way, the pair share details about each other. Of course, Rock also cracks jokes, comparing the look to an "Oompa Loompa" and expressing concern when product hits his eyebrow.

In addition to adorable moments that have the couple reflecting on their relationship, the two share that they met at a mall. Since the chance escalator sighting, the two have been together, and they offer their advice for maintaining a solid relationship and shared what they love about one another. After much pausing and deciding on a "PG" answer, Rock says he likes his boyfriend's lips, while his boyfriend admires Rock's eyes.

Prior to the YouTube collaboration, Rock had shared pictures of his boyfriend, but his face was never shown. His boyfriend touches on that in the video, revealing that he's not active on social media and prefers not to be.

As the video concludes, Rock's boyfriend declares that he think the look came out good. Rock doesn't appear as convinced, saying only, "It came out." However, he does ask viewers to weigh in with whether the couple should collaborate again and based on the video's one million views and comments from fans, it's likely this won't be the last we see of this duo.

Enjoy the hilarious video for yourself, below.