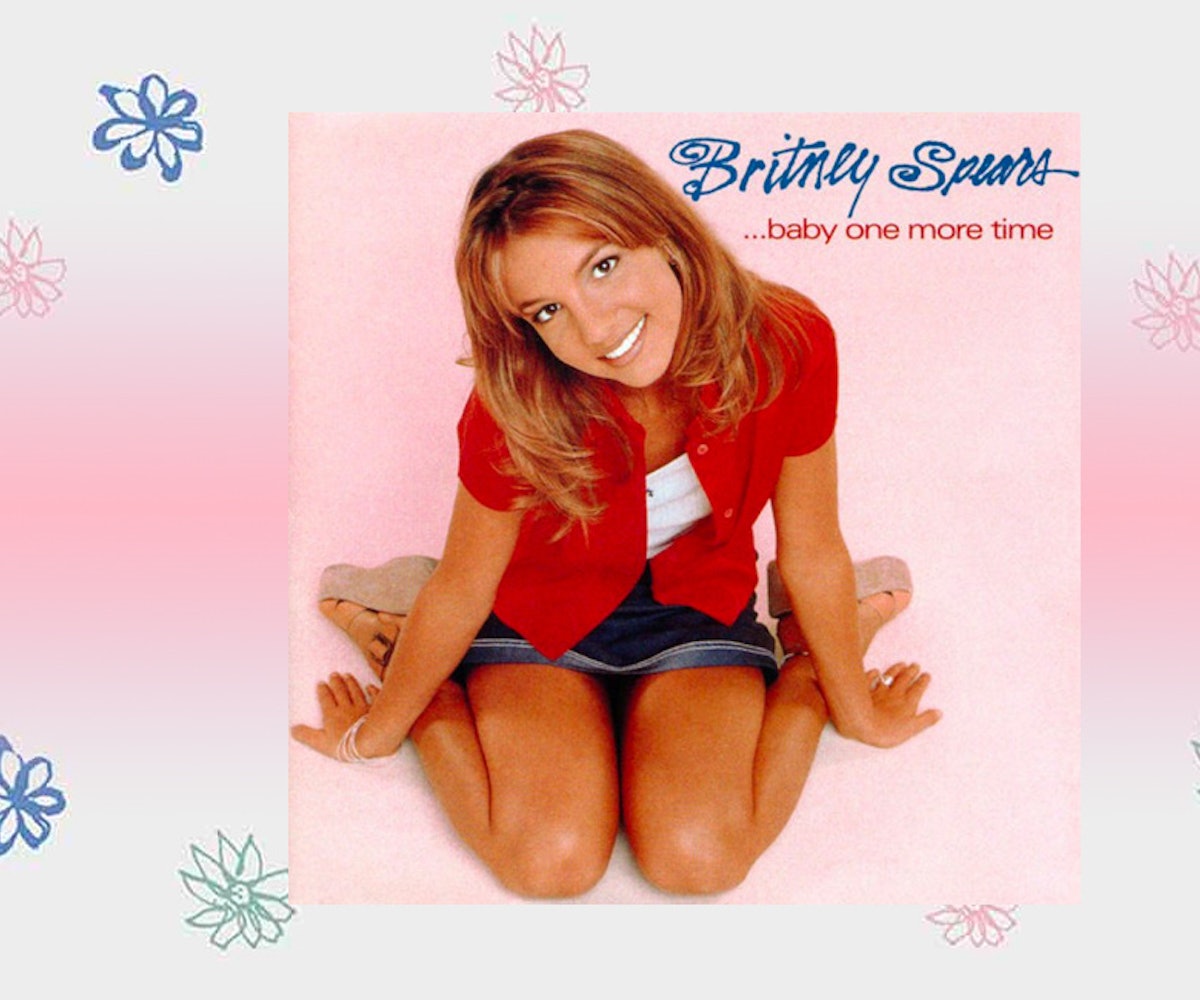 As ...Baby One More Time, Britney Spears' debut album, turns 20 years old, it's the perfect moment to revisit the songs that would lead to her becoming a forever-household name. It's also the perfect time to reassess what superfans often claim is one of their favorite albums, one they stand by, ride or die. In other words, it's the perfect time to wonder if they've ever actually listened to the album all the way through at all.

Take away all the iconic hits—the titular track, "(You Drive Me) Crazy," and "Sometimes"—from Spears' breakout album,and you're left with nothing more than the era's most basic pop music, devotionals to puppy love; strung together, they sound like a desperate plea: "I will be there, I will still love you deep in my heart, I'll never stop loving you." Sorry, Britney stans, but it's repetitive, bubblegum, and not at all a nuanced representation of the pop phenom—and certainly not what she'd become.

The thing to remember about Brit is that she was acutely aware of the power of her own sexuality and image, and when those things are present thematically throughout the album, it's at its strongest; when they're not, the album's infrastructure collapses thanks to songs like "Soda Pop," which is, according to Genius and anyone who has ever scrolled a bit too far on Reddit, about ejaculation. It's also got a clunky tune on top of the gross lyrics, which just adds insult to injury. Then there's "E-mail My Heart," which has not aged well but wasn't even good at the time.

Further, the album is exhaustingly heavy on lustful slow jams with no real substance. The songwriters clearly didn't have much of an idea of what Spears should or would be, and so sort of threw everything on the album to see what would stick. Thankfully, what did stick was the infectious "...Baby One More Time," and so that was the sound they picked up and ran with, leaving most of the weird inauthentic love songs in the past.

It's interesting, then, to be celebrating the release of Spears' first album, when most of us don't actually care about it as an album, per se. What we care about are her hits, the ones that seamlessly transitioned into the bops of Oops!... I Did It Again. But while some people would insist that true stans love the entirety of the first album, I think what makes Spears a real cultural icon, a communicable signifier of the turn of the millennium, is that she knew before anyone else that albums don't matter. All that weird gushiness on ...Baby One More Time was just filler, a bridge to the Britney of "Lucky" and "Stronger" and all of the unparalleled pop staples that came immediately after, those songs that really make you want to turn the volume up—not listen with it way, way down. Speaking of which, can someone cue up, "Can't Make You Love Me?"