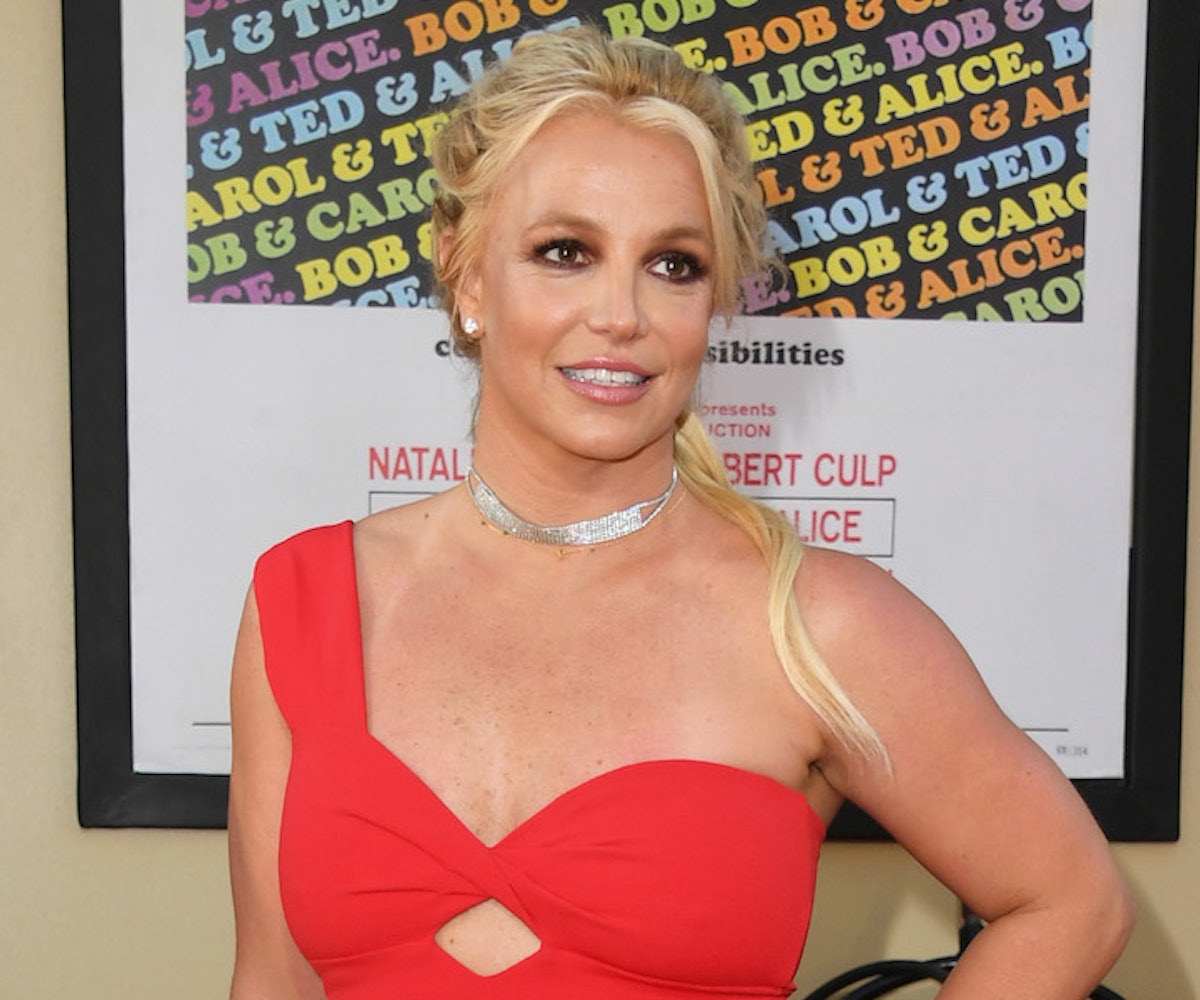 The whimsical artwork of pop icon-slash-painter Britney Spears is set to be featured in her first-ever solo art exhibition in France. Galerie Sympa announced the history-making exhibition on Instagram, not sharing too many details as it teased the show.

The exhibition is presumably titled "Sometimes you just gotta play!!!!!!", after the Instagram caption given to Spears' 2017 Instagram post featuring the floral painting. Galerie Sympa has reprinted a screenshot of the caption as a part of the official invitations to the exhibition, which opens on January 18. If you're looking to scheme your way over to Figeac, France for the exhibition, it's going to be quite the journey — the nearest airport with flights to and from the U.S. is Toulouse-Blagnac Airport, which is over two hours away from the gallery (yes, we checked). But it's worth it for Britney, no?

It's not super clear what artwork will appear alongside the floral painting shown in the Instagram post, which was sold for $10,000 back in 2017 to Lifestyles of the Rich and Famous star and reporter Robin Leach. Spears donated the proceeds to the victims of the Route 91 Harvest Festival shooting, which had taken place the month prior.

Check out the official announcement below.

NEXT UP
Life
Grimes’ ‘Book 1’ Includes A Collaboration With The Weeknd
Entertainment
Nobody Is Ready for Girlpool To End — Except Maybe Girlpool
Entertainment
Taylor Swift Rumored To Perform The Super Bowl Halftime Show
Entertainment
Carly Rae Jepsen Announces New Album, The Loneliest Time