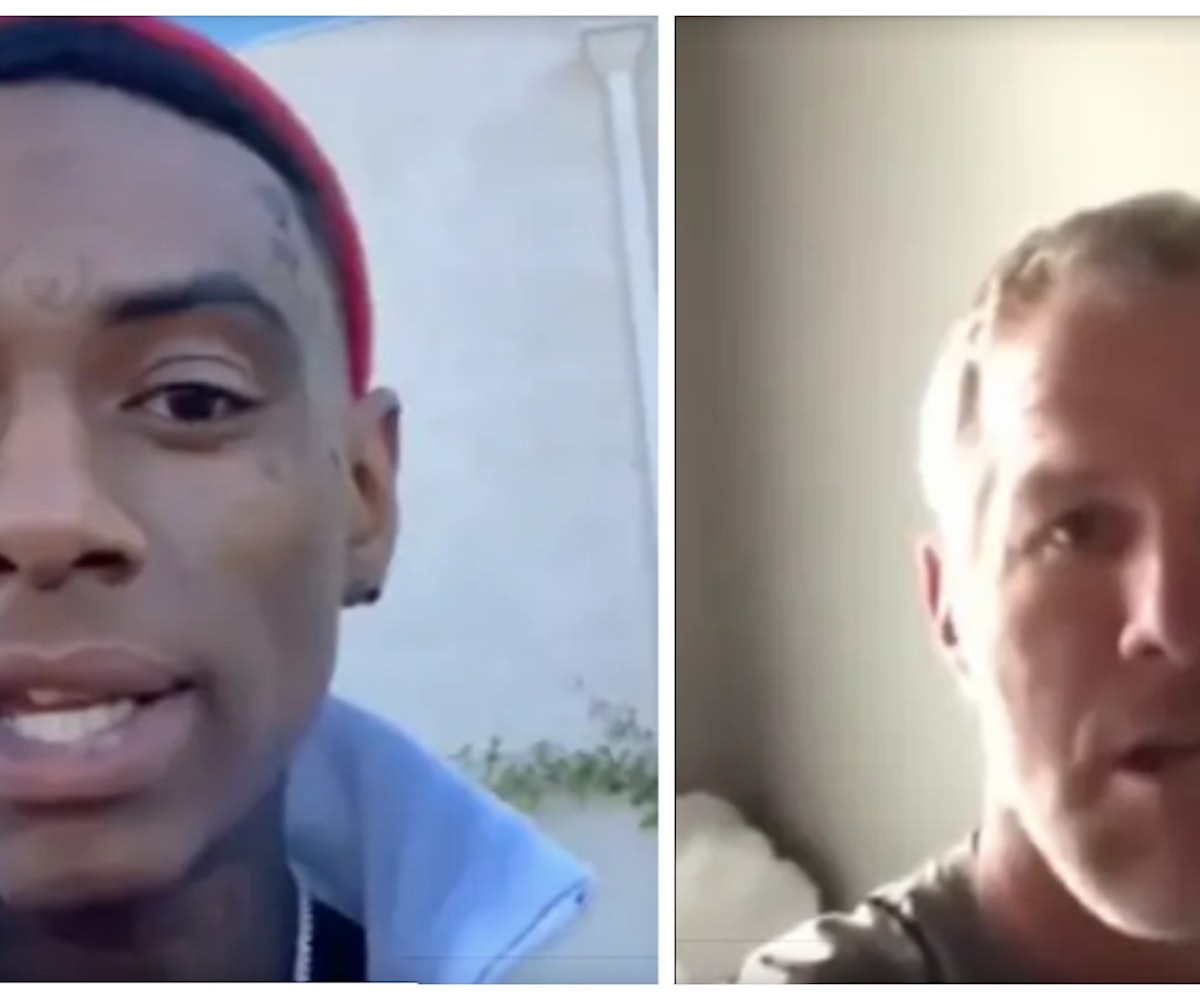 Three celebrities are claiming that they were tricked into endorsing white supremacist ideology by a group of anti-Semitic YouTubers, according to a report from BuzzFeed News.

Using the video app Cameo, where users have celebrities create a personalized video for them for a fee, the group requested for multiple celebrities to make statements that were coded with anti-Semitic language. Former NFL quarterback Brett Favre, rapper Soulja Boy, and comedian Andy Dick claim that they were paid to make these videos, and did not know that their statements were offensive. Cameo and the celebrities' representatives say that they were "unaware the messages supported anti-Semitic conspiracy theories."

Each of the videos references the group that requested them, which calls itself the GDL, or Goyim Defense League ("goyim" is the Hebrew term for a non-Jewish person). Favre's video contains the most coded language: "Brett Favre here with a shout-out to the Handsome Truth and the GDL boys," he says. "You guys are patriots in my eyes. So keep waking them up and don't let the small get you down. Keep fighting, too, and don't ever forget the USS Liberty and the men and women who died on that day. God bless and take care."

As BuzzFeed News notes, "small" is a reference to "small hats," which is a slur for yarmulkes. The USS Libertyquote references "an incident in 1967 where Israeli forces fired on the US spy ship, killing 34, during the Six-Day War." The attack was an accident, which the Israeli and U.S. governments both agree upon, but there are unproven conspiracy theories that claim the attack was purposeful.

The report notes that GDL is led by two YouTubers who call themselves "Handsome Truth" and "Sway Guevara," and they are the individuals who requested the videos. They bragged about duping the celebrities in a livestream, noting that celebrities aren't required to accept a Cameo request and saying, "We wanted to be cryptic enough to where they would say it." They have since been banned from requesting Cameos by the platform.

When a user requests a video from a celebrity on Cameo, they send instructions for what they want included in the video. The celebrity can then review the request, and either accept or reject it. Favre released a statement to his Facebook page noting that he thought that the video was to support war veterans, and both Dick's and Soulja Boy's representatives stated that they thought the videos were being made for fans.

The two white supremacists are continuing to urge their followers to request similar videos. "We have to all write something similar to that script and just go through that place and pick people to talk about the USS Liberty, okay?" Handsome Truth said in a livestream. "Take that exact script of what Brett Favre said there, copy it, send it to that—what's the name of that site again? Cameo.com, and use these celebrities against them."