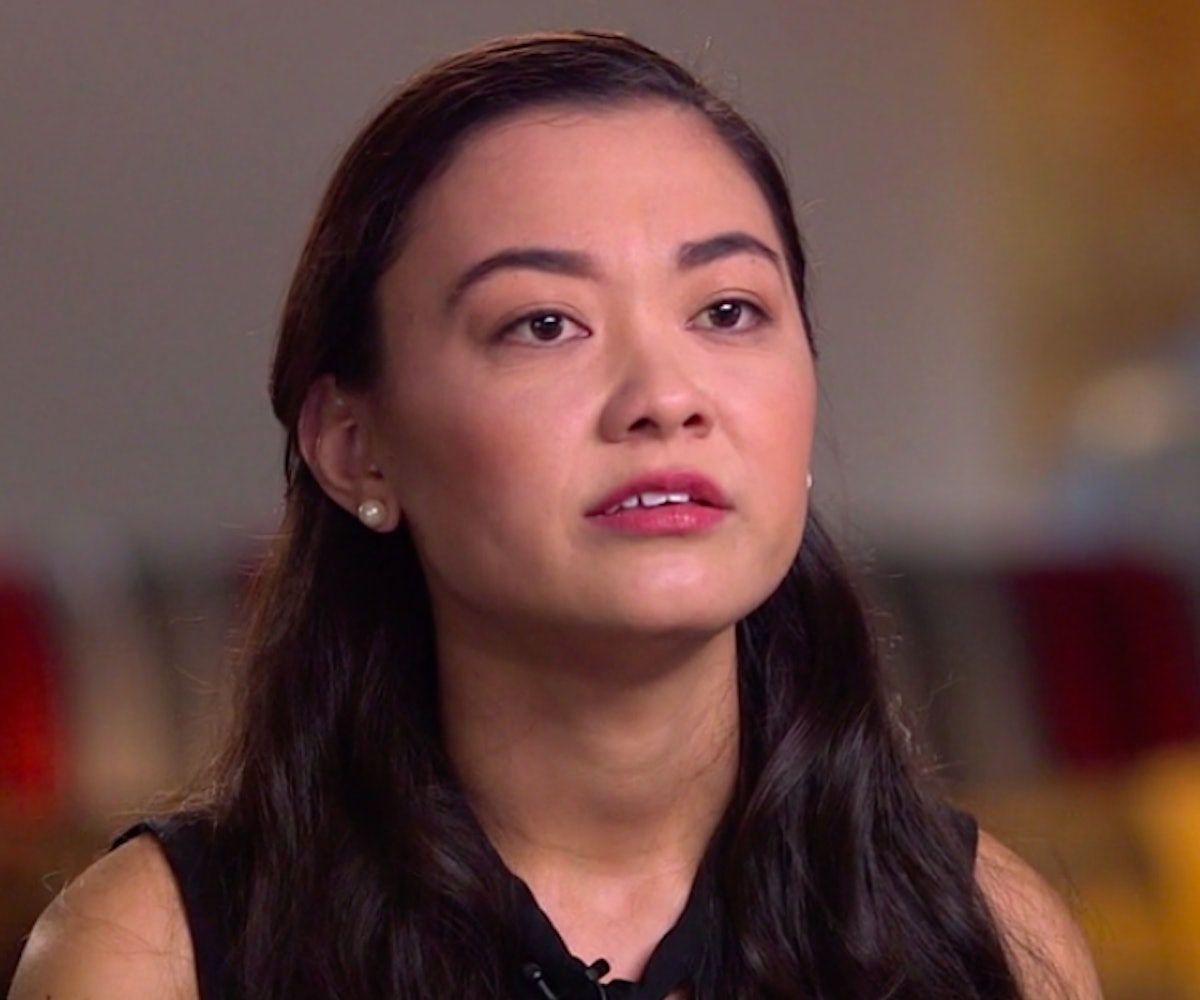 Chanel Miller has a response for those who blamed her for Brock Turner sexually assaulting her. Last night on CBS 60 Minutes, Miller participated in her first interview since going public as Turner's victim earlier this month. In it, she speaks about what it was like to read the hateful comments aimed at her following the assault.

Miller recalls reading a report detailing what Turner had done to her at work, until then only knowing that she was potentially assaulted after she had blacked out at a party. Miller immediately recognized herself as the unnamed victim, she tells 60 Minutes: "It was surreal, having the news broken to me by the internet. I was alone, sitting at my desk, surrounded by coworkers, reading about how I was stripped and then penetrated, and discarded in a bed of pine needles behind a dumpster."

After realizing it was her story detailed in the article, she scrolled through the comments section only to find "hateful words" aimed at her. "What was she doing at a frat party? This isn't really rape. Why was she alone? She's the predator 'cause she's older. Why would you ever get that drunk? It was endless," she states. In response, she now has this to say: "Rape is not a punishment for getting drunk. We have this really sick mindset as if you deserve rape if you drink to excess. You deserve a hangover, a really bad hangover. But you don't deserve to have somebody insert their body parts inside of you."