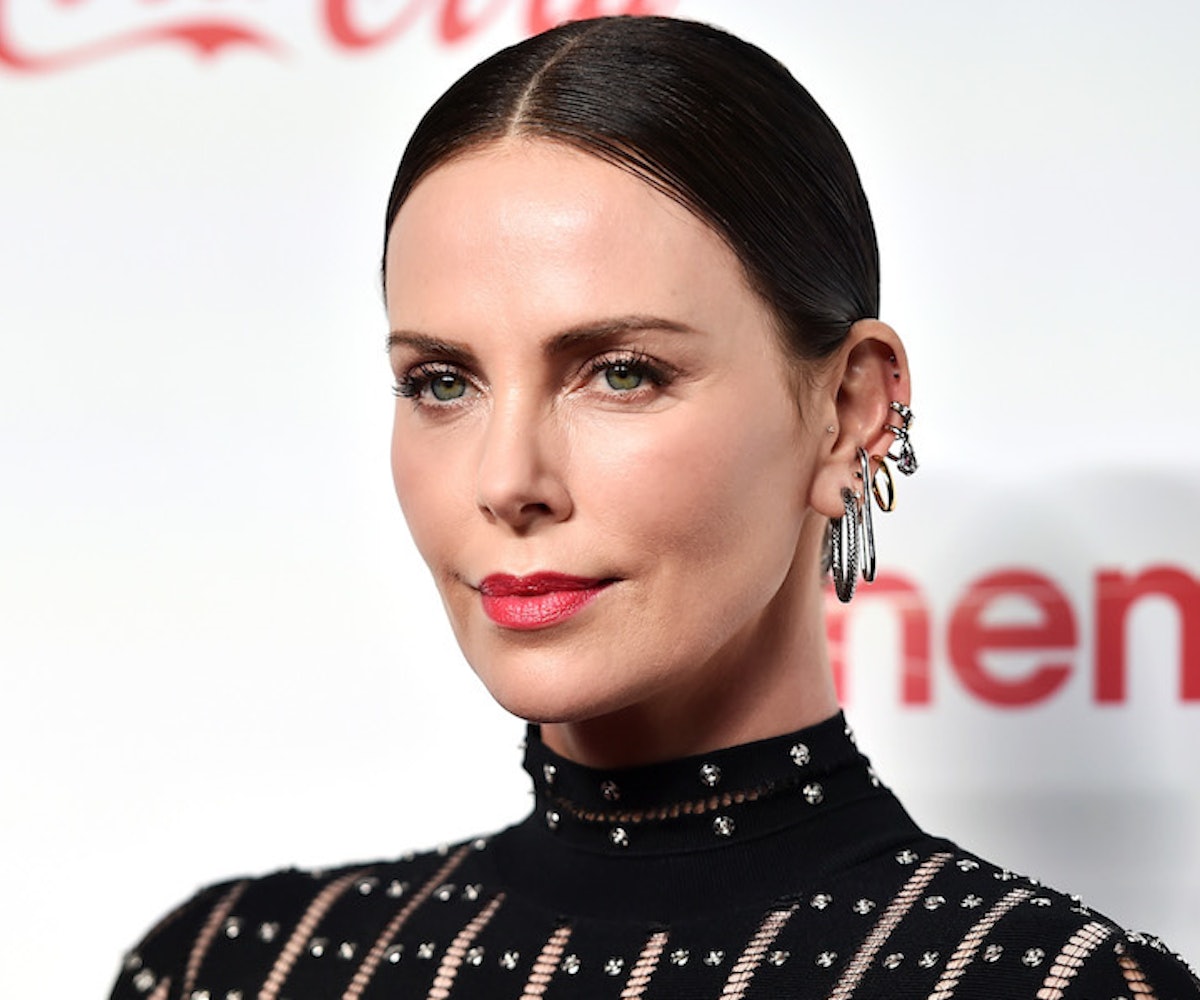 Charlize Theron has opened up about a frightening encounter with a "big deal" producer from when she was a teen. In an interview with Howard Stern, Theron, now 43, shared what went through her mind during her own #MeToo moment.

"I had just turned 19, I might have still been 18," Theron told Stern. "I had never been out for an audition." She'd apparently inquired about castings, and was told by a modeling agent of one that took place late Saturday night, at the producer's home. Theron noted the man's self-assured demeanor as he invited her in, wearing only pajamas. She describes the scene, stating: "There was some kind of muzak playing in the house. There was a lot of cold marble and crystal, and then we sat down and we started talking. He sat very close to me. That was strange. The drinking bothered me. I was like, This doesn't feel right."

When he attempted to escalate the situation, by placing his hand on her knee, Theron left. "You just go blank. Like, you don't know what to do, but I left. I don't even know how I got out of the house, but I left," she told Stern. "It would have ended really badly. I was driving my Ford Fiesta, that I was renting, up Laurel Canyon and I was so angry with myself that I didn't say something. I was like, 'I'm not that kind of girl. Why did I not tell him to go fuck himself?' It made me so angry."

Theron was able to confront him years later, but the producer alleged that they had never met. Watch the entire conversation below.