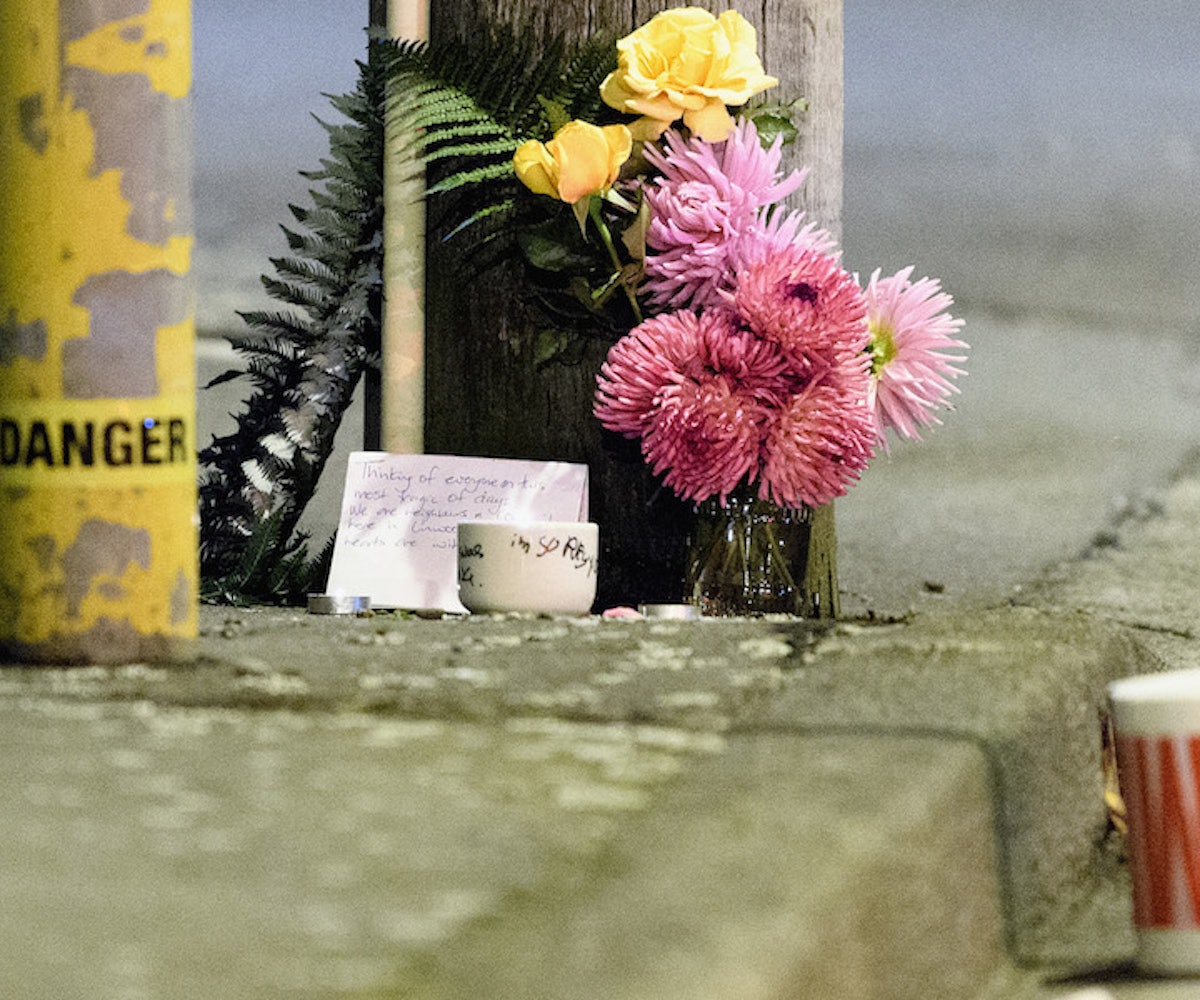 In the wake of a mass shooting with dozens of fatalities at two mosques in Christchurch, New Zealand, right-wing, anti-immigration and racist extremists have already tried to pivot the conversation away from their culpability—but they are entirely complicit in this horrific act. At least 49 people have died and 20 are seriously injured after a carefully planned shooting took place on Friday; though police have yet to share official motivations for the attack, one of the shooters had shared a link to an 87-page manifesto filled with Islamophobic and xenophobic ideas, and per The Guardian, he directly refers to himself as both a fascist and ethnonationalist.

"I am just a regular white man, from a regular family, who decided to take a stand to ensure a future for my people," the manifesto says. The shooter directly mentions the gun control debate in the U.S., and how it would ensure him more attention: "I chose firearms for the affect it would have on social discourse, the extra media coverage they would provide and the effect it could have on the politics of United States and thereby the political situation of the world."

Alt-right figures of the United States have already started pointing fingers at who they believe is responsible for the shooting and who is not, but none of them can truly deny responsibility or complicity in the act, or in the perpetuation of hateful ideals online.

Many have pointed to the way flaws in social media allowed for the hate speech to have a platform to be spread, and in time with the shooting, share the images of violence. According to Bloomberg, a live-stream captured by the shooter was widely available across Twitter, YouTube, and Facebook for hours after posting, despite platforms saying they worked swiftly to scrub the sites of the footage. Twitter users have already started calling out the way these issues work in tandem, with one user writing, "Just as nations need to consider gun control policies, we need to take seriously the role laissez-faire moderation on major internet platforms has had in radicalizing new, violent white supremacists." As right-wing spokespeople and their much more violent, less popular followers are allowed to share their hatred openly online, it only emboldens them to grow and act.

YouTuber PewDiePie, who is involved with anti-Semitic YouTube channels and shared similar statements in the past, was shouted out by the shooter in the livestream. PewDiePie, real name Felix Kjellberg, immediately attempted to distance himself from the attack via Twitter, but his shared ideas and platform link him directly, whether he likes it or not.

Wajahat Ali, writer for the New York Times, shared a thread explaining in detail how the shooter "was inspired by a right wing idealogical infrastructure that thrives, recruits, and radicalizes online," citing "mainstream elected messengers" in politics and the media that share their views under the guise of free speech. "Take this extremist ideology and terrorist threat very seriously," he writes, ending with the words: "Love each other."