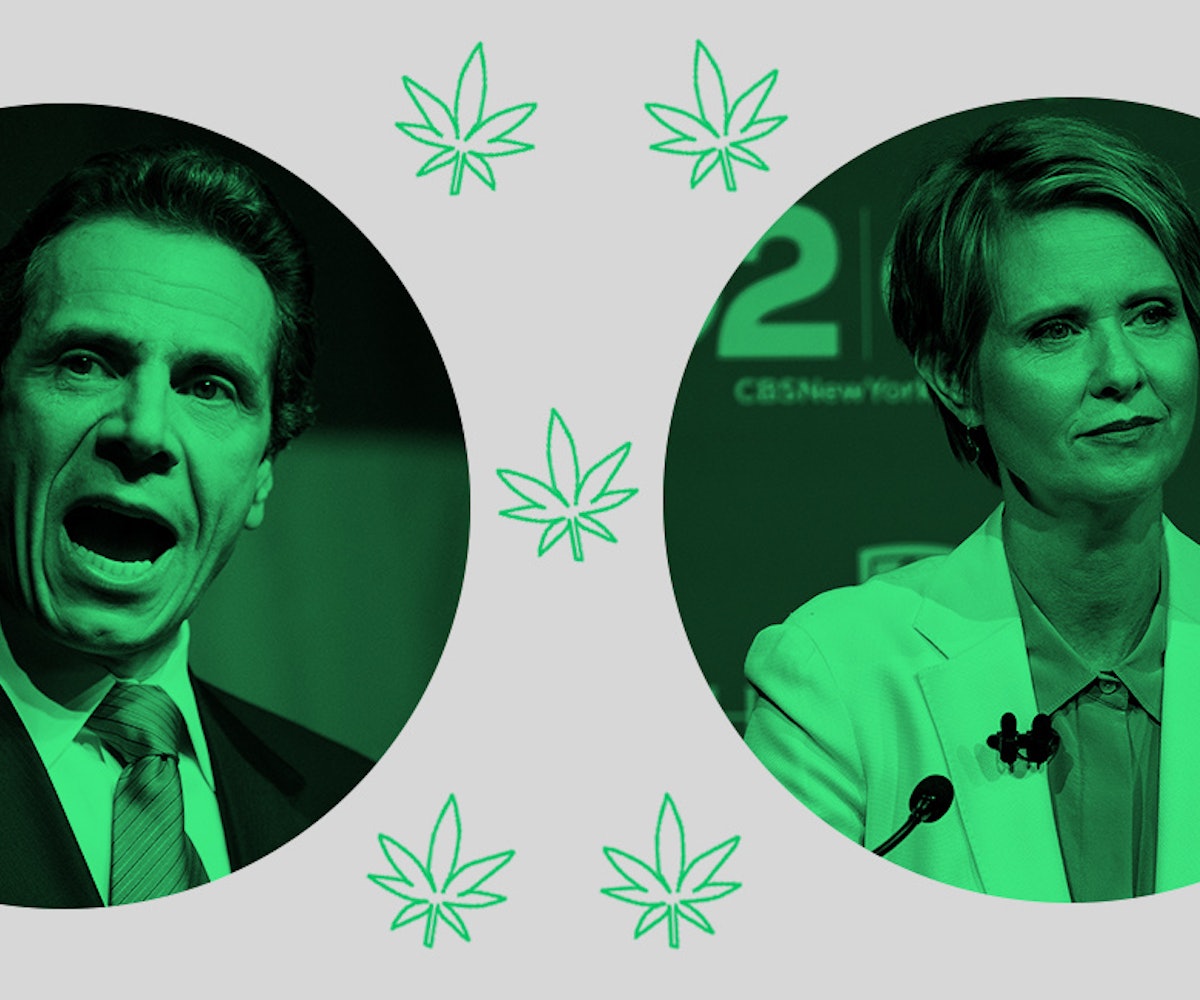 New York Governor Andrew Cuomo has announced that pushing for the legalization of recreational marijuana is a top priority for his first 100 days of 2019. "Let's legalize the adult use of recreational marijuana once and for all," he said in a speech according to The New York Times, pointing to the fact that its illegal status has "for too long targeted the African-American and minority communities."

This course of action is one of the many Cuomo made during his primary race against Cynthia Nixon to maintain his governorship. In response to Nixon's far more progressive platform, Cuomo pivoted and embraced positions he had once shunned—and now it seems that he may follow through on his campaign promises. Thanks, Cynthia!

Legalization would bring a proposed $1.7 billion to New York per year, but there are no firm plans as to what the new profit would be used for. Fixing the crumbling subway infrastructure and using the money to rehabilitate minority communities disproportionately affected by prosecution on marijuana charges are amongst the suggestions, but Cuomo has yet to comment on either, or whether those incarcerated on charges that would no longer be illegal would be pardoned.

The Times also pointed out that Cuomo has adopted another progressive position, and said he wanted to "ban any corporate contributions to any political candidate, period." Considering he's heavily benefitted from those kinds of contributions, this announcement came as quite a surprise, with hecklers responding by shouting things like, "Cuomo only cares about corporations!"

While that was certainly true in the past, now it seems the governor also cares about Nixon's electoral base.