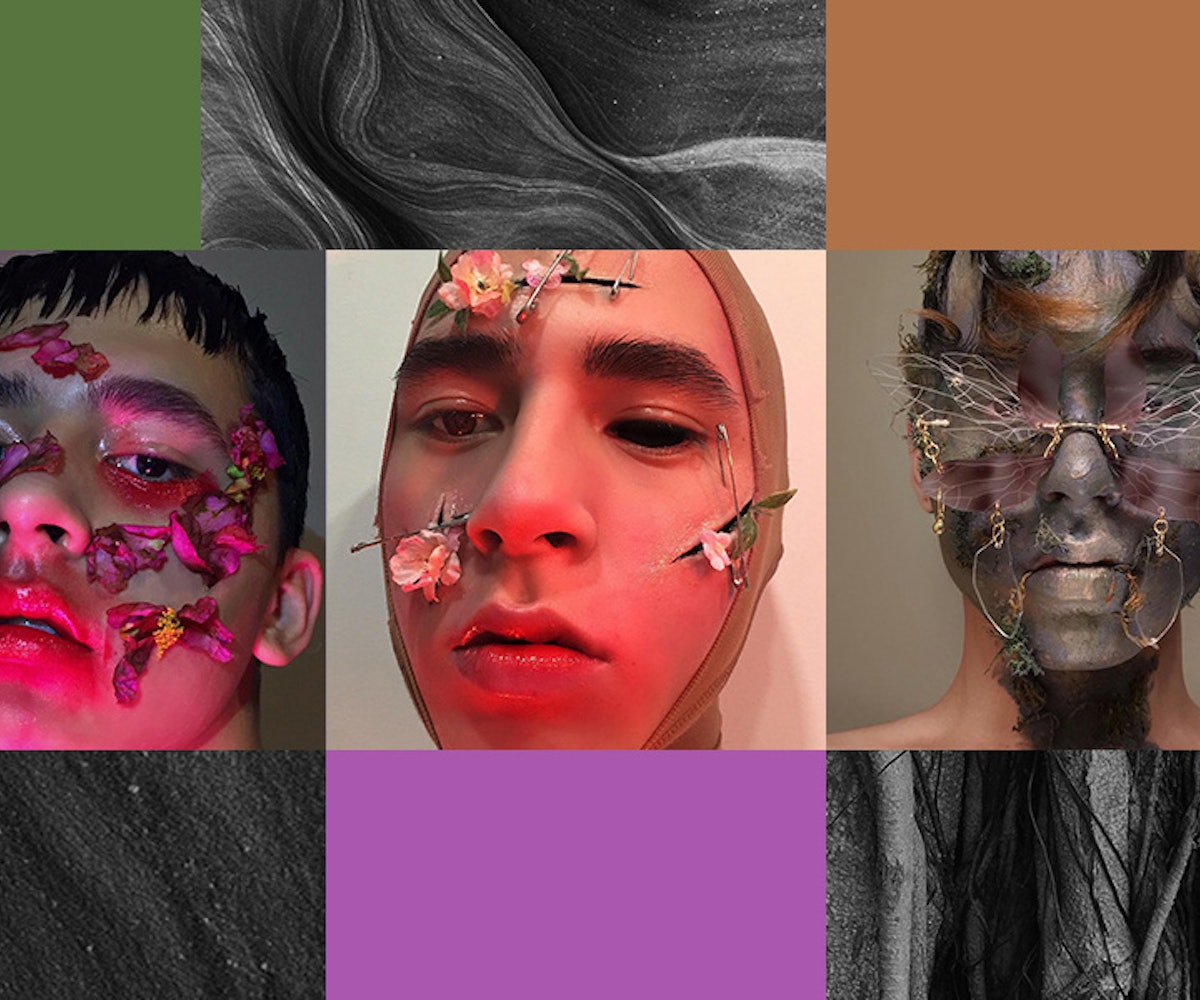 As the digital beauty sphere becomes more and more saturated with the same cookie-cutter cut-crease and Facetuned looks, it's refreshing to see the growing popularity and, especially, the success of the more unconventional beauty accounts that exist.

Whether or not you're already familiar with artist Cupid's otherworldly self-portraits, that incorporate everything from flowers and moss to bejeweled body jewelry, safety pins, and other hardware, you're bound to start seeing his work show up in places other than your Instagram feed. More than just creating makeup looks, he fuses together unconventional objects to create literal masterpieces.

Having garnered almost 85k followers on his Instagram account, Cupid has naturally gone to work on projects beyond his own captivating platform. Most recently, he worked with Willow Smith on the art and promo work for her self-titled album, Willow, which dropped last week. Bringing in his whimsical—and, at times, dark—touch, he transformed Smith into both an extraterrestrial forest fairy and a living crop circle.

"It was definitely as much as a labor of love as anything I've ever done before," he says. "Willow is an incredibly smart person that understood everything I wanted to achieve and gave me so much creative control. One thing we both wanted to make sure was to emphasize her natural beauty and work with it, rather than against it. The designs made with moss were more or less inspired by crop circles, while the look with flower petals was inspired by images of exotic plants that looked otherworldly."

What's even more impressive is that Cupid is self-taught. With no formal training, all of his intricate works have sparked from trial and error over the last three or four years, using his own face and body as his own "crash test dummy."

Cupid draws his inspiration from all things fantasy and conspiracy theories, which are easily recognizable within his work. His most recent passion? Cryptids (which, erm, I had to Google myself), aka scientifically unrecognized mythical creatures that include the likes of the Loch Ness Monster and the Jersey Devil, which he credits to "maybe" subconsciously inspiring a lot of his work. And when he finds himself in need of new inspiration, he throws himself down an internet hole, consisting of hours of studying and Googling random things. (Relatable!)

Being that Instagram, and social media in general, has become such an outlet for beauty inspiration, whether that inspiration falls into the previously mentioned cookie-cutter blogger category or the wildly out-there and unconventional, Cupid hopes to see the online community become a more welcoming and inviting platform: "I hope that it continues to create space for people to share their own idea of beauty—whether your daily look is a cut crease or a handful of mushrooms glued to your face, there is more than enough room for all of us."