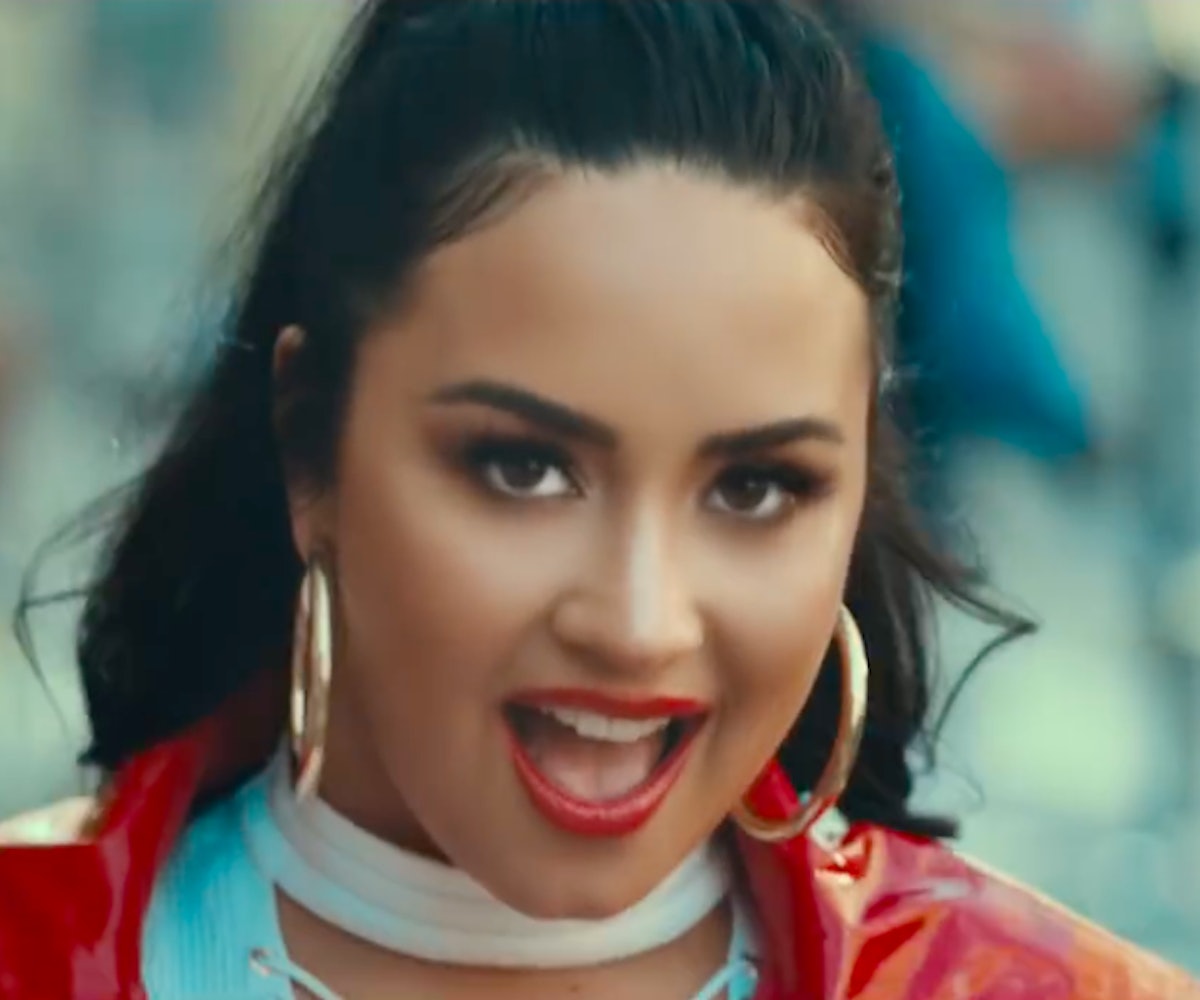 Demi Lovato is back with a new single, "I Love Me," an uplifting anthem about — you guessed it — learning to love yourself. The video for the song is a fun one, and features Lovato going head to head with herself in an intense swanky hotel room fight scene. Despite the track's inherent positivity, the inspiration for the it stems from dark experiences in Lovato's personal life.

During her appearance on The Ellen Degeneres Show on March 5, the singer explained how the song came to fruition after some troublesome incidents with her old manager and team. Lovato's old team would routinely sweep her green rooms and hotel rooms to make sure that she wasn't eating sugar, even as she was recovering from an eating disorder. "I lived a life for six years that I felt like wasn't my own, because I struggled really hard with an eating disorder, yes, and that was my primary problem, and then it turned into other things," said Lovato. "But my life, I just felt was — I hate to use this word, but I felt like it was controlled by so many people around me."

The lyrics of "I Love Me" don't hold back. Lovato references feeling guilty about whatever she ate, her "Jedi level" self-sabotage, and how haters on the internet and in her own life got in her head. "Oh, why do I compare myself to everyone?" she belts out in the chorus. "And I always got my finger on the self-destruct / I wonder when I love me is enough."

Things have been looking up for Lovato. She got a new team and is now working with manager Scooter Braun, who she describes as "not needing anything" from her and loving her for who she is.