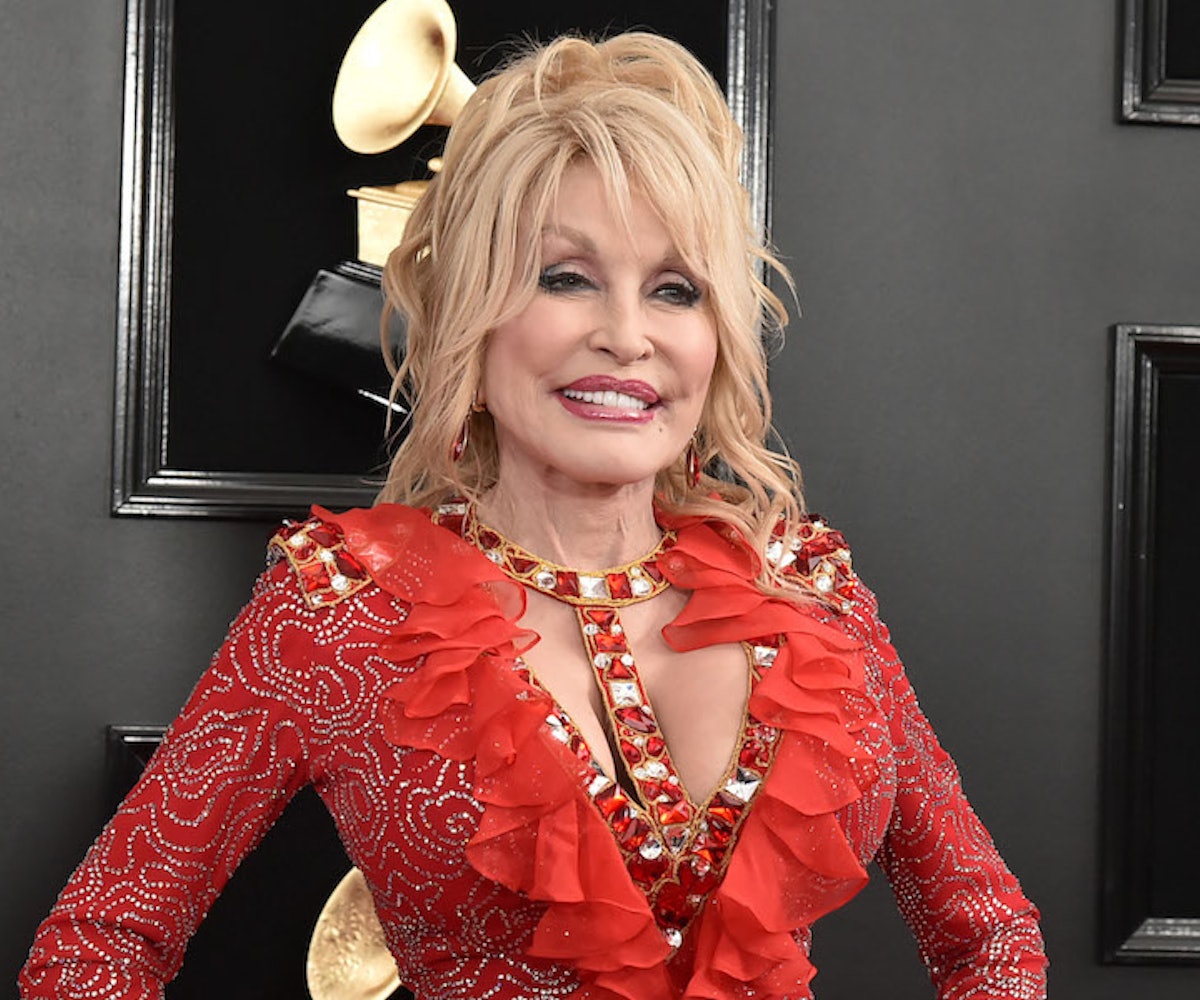 I'm not really sure what the significance of the phrase "bedtime" is in a world in which time has no meaning, but if I had to have one famous person soothe me to sleep, it would be Dolly Parton. The country music legend is doing just that, launching a new 10-week YouTube series called Goodnight with Dolly in which she will read bedtime stories to kids. The goal of the project, which is an extension of her Imagination Library nonprofit, is to provide a welcomed distraction during a time of unrest and also inspire a love of reading and books. All aspects of life may be uprooted right now, especially for children, but it cannot win against Parton and the sanctity of bedtime stories.

"This is something I have been wanting to do for quite a while, but the timing never felt quite right," explained Parton in a statement. "I think it is pretty clear that now is the time to share a story and to share some love. It is an honor for me to share the incredible talent of these authors and illustrators. They make us smile, they make us laugh and they make us think." This entire premise is extremely cute and pure of heart, but the best part might be that there will be an entire generation who knows Parton not as a country music superstar, but as the blonde lady who read to them while they were trapped inside as children.

The series will kick off with The Little Engine That Could, which is also the "welcome book" children in the U.S. and Canada receive when they sign up for Dolly Parton's Imagination Library. Parton will read additional books from the Imagination Library, including There's a Hole in the Log on the Bottom of the Lake by Loren Long, Llama Llama Red Pajama by Anna Dewdney, I Am a Rainbow by Dolly Parton, Pass It On by Sophy Henn, Stand Tall, Molly Lou Mellon by Patty Lovell, Violet the Pilot by Steve Breen, Max & the Tag-Along Moon by Floyd Cooper, Last Stop on Market Street by Matt de la Peña, and Coat of Many Colors by Dolly Parton.