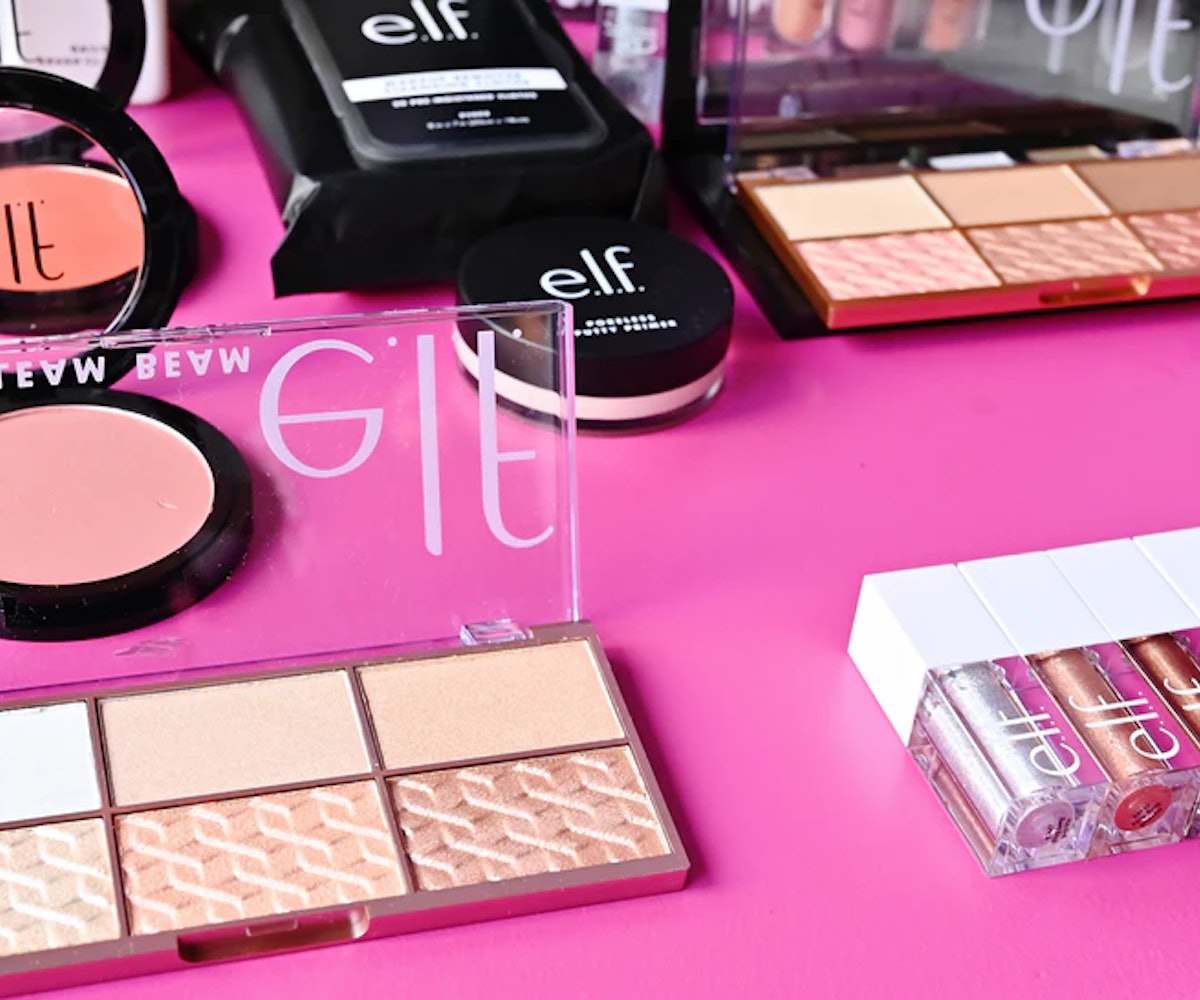 After a successful TikTok campaign that left many users bopping along to the single, "Eyes, Lip, Face," e.l.f. Cosmetics returns with the social distancing friendly single, "Eyes, Lip, Face, Safe." Unveiled on March 24, "Eyes, Lip Face, Safe" includes a few lines appropriate for the current times, including a reminder to wash your hands and a nudge to keep your hands away from your face — advice that's been shared consistently from the beginning of the coronavirus outbreak.

The new version comes after e.l.f. Cosmetics released "Eyes, Lip, Face" in October 2019. Created by Holla FyeSixWun and Grammy-winning producer iLL Wayno, the original single became a viral sensation, and an accompanying video quickly racked up more than 4 billion views. As Elite Daily reports, a modified version of the single includes the lines, "5, 6, Aye. Y'all need to lather up / Only look with your eyes. Air kiss with them lips. Attitude don't touch your face. Eyes. Lips. Face. Safe."

Lyrics refer to continued guidance from the Centers for Disease Control, which suggests washing your hands for at least 20 seconds, not touching your face, and keeping a distance of at least six feet between others could potentially help slow the spread of coronavirus.

The new TikTok trend has already received the seal of approval from some of its largest influencers, as Avani (@avani), Michael Le (@justmaiko), Hannah (@thexhan), Analisseworld (@analisseworld) and Madi Monroe (@madi) are all set to participate in a rollout of TikTok videos set to the track.

For those wishing to join in the on the trend, users need to only visit the @elfyeah TikTok page. Watch the "Eyes Lips Face Safe" video and click the sound at the bottom (the spinning disc) to use the track in your own video.

Influencers share their take on what's sure to be the next TikTok trend, below.

NEXT UP
Beauty
10 Libra-Inspired Nail Art Ideas For The Most Social Season
Beauty
September 2022’s Best Beauty Launches Will Keep You Cozy And Cute Throughout The Fall
Beauty
Olivia Cooke’s Beauty Evolution, From Indie Ingenue to ‘House Of The Dragon’ Queen
Beauty
Halloween Cat Makeup Ideas, From Easy to Inspired