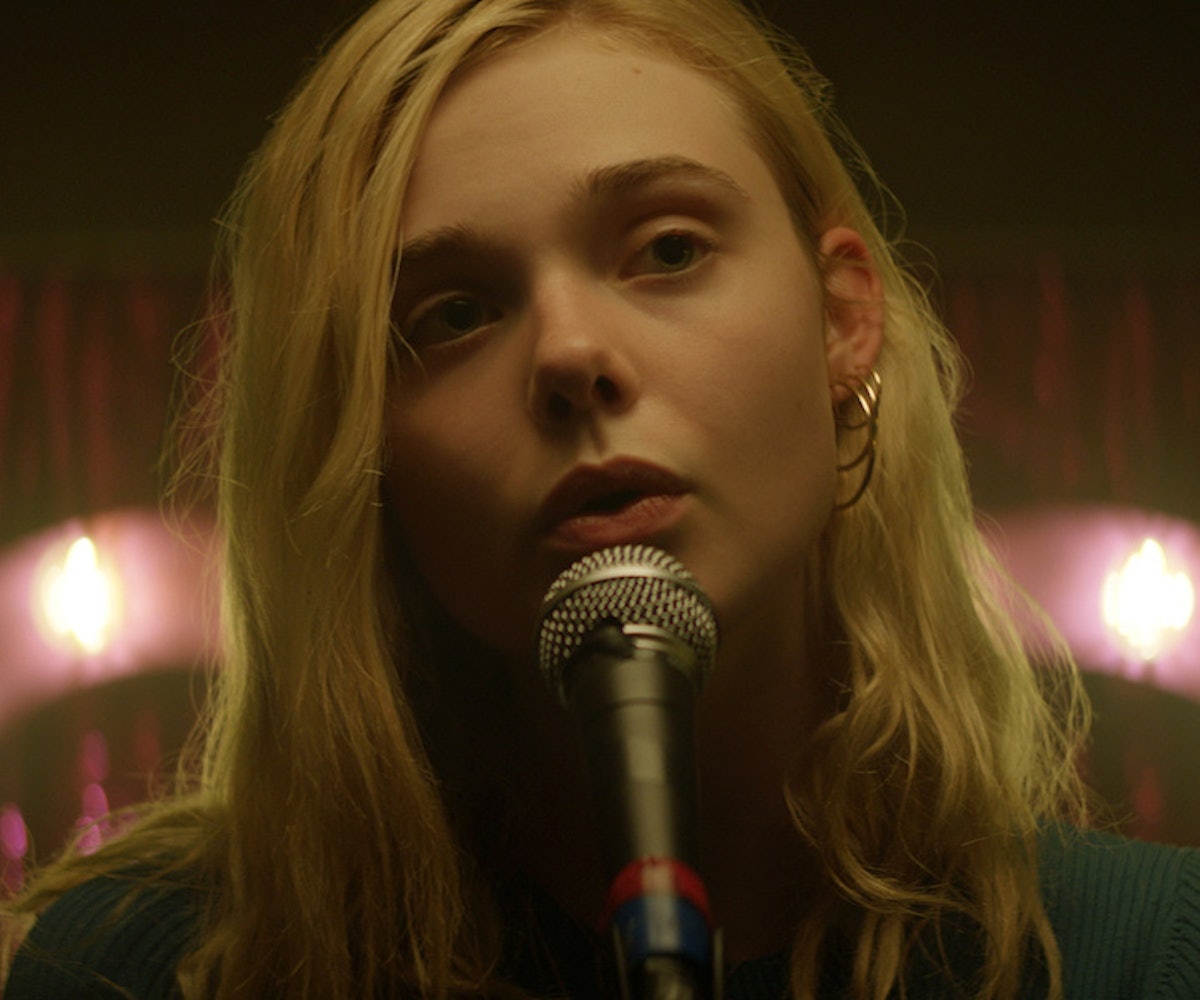 Elle Fanning can sing, and in her new movie Teen Spirit, she's going to convince you of it. In a new clip following Teen Spirit's premiere at SXSW, Fanning flexes her talents by belting it out to Robyn's hit "Dancing On My Own."

Teen Spirit is the story of Violet, a young Polish girl who auditions for a "local singing competition that will test her integrity, talent and ambition," per the press release. The clip begins with Violet walking on stage in tennis shoes and sweatshirt to bare her soul to judges hidden in a shadowy ballroom. We learn a little bit about Violet in the memories that play over her performance: She's a horse girl, presumably, living in a very picturesque countryside, and might be just a little bit scarred from seeing two adults getting hot and heavy as a child.

Fanning doesn't just cover Robyn in the film. The soundtrack boasts covers of hits from the likes of Tegan and Sara, Ellie Goulding, and more, including an original song by Carly Rae Jepsen and Jack Antonoff titled "Wildflowers." The Teen Spirit soundtrack arrives alongside the movie on April 5, so until then, it's just Robyn on repeat.

Watch the full performance trailer, below.