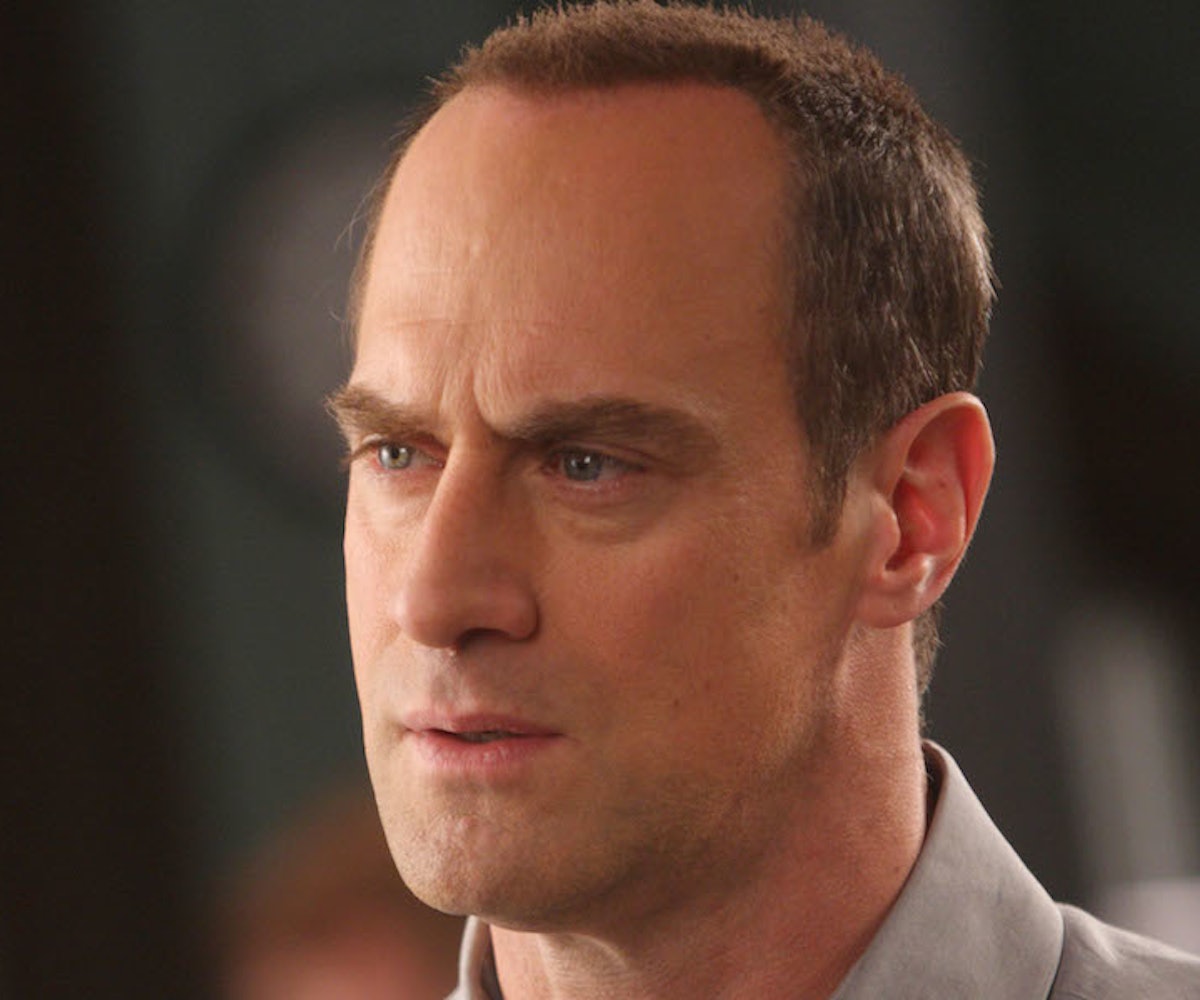 These days, it seems like every headline I read is woefully depressing, severely anxiety-inducing, or, more often, a brutal combination of the two. News that is actually good — or, at the very least, not objectively bad — is so rare now that anything even remotely joyful has the instant power to perk me up. So naturally, I immediately began jumping for joy after stumbling across the recent announcement that Christopher Meloni (AKA the uncomfortably hot inmate that helped usher in my gay awakening when he disrobed for a shower scene on Oz)would return to NBC for a spinoff of Law & Order: Special Victims Unit, the long-running hit series he once starred in.

It seems like forever — nine years, to be exact — since Meloni last graced our screens as the refreshingly detail-oriented Detective Elliot Stabler. By the time he parted ways with the series after its twelfth season, the actor had been portraying the character for twelve years, appearing in more than 270 episodes and securing an Emmy nomination in the process. Now, as SVU plows through its critically-acclaimed 21st season (making it the longest running primetime live-action show in American history), the 58-year-old heartthrob is all set to reprise his role as he returns to one of the most beloved universes on network television.

While details about the upcoming spinoff remain sparse, the series, which has already received a full 13-episode order from NBC, will revolve around an NYPD organized crime unit led by Detective Stabler. Like the original SVU, this spinoff will also take place in New York, which will hopefully translate into a few crossover episodes that reunite Meloni's Stabler with his former partner (and co-star) Detective Olivia Benson (the Emmy and Golden Globe-winning Mariska Hargitay). Either way, news of Meloni's return to NBC — after appearing in everything from Happy to Pose to The Handmaid's Tale — is sure to excite many people.

In the meantime, feel free to drool over this picture of a shirtless Chris Meloni in his "Quarantine Kilt."