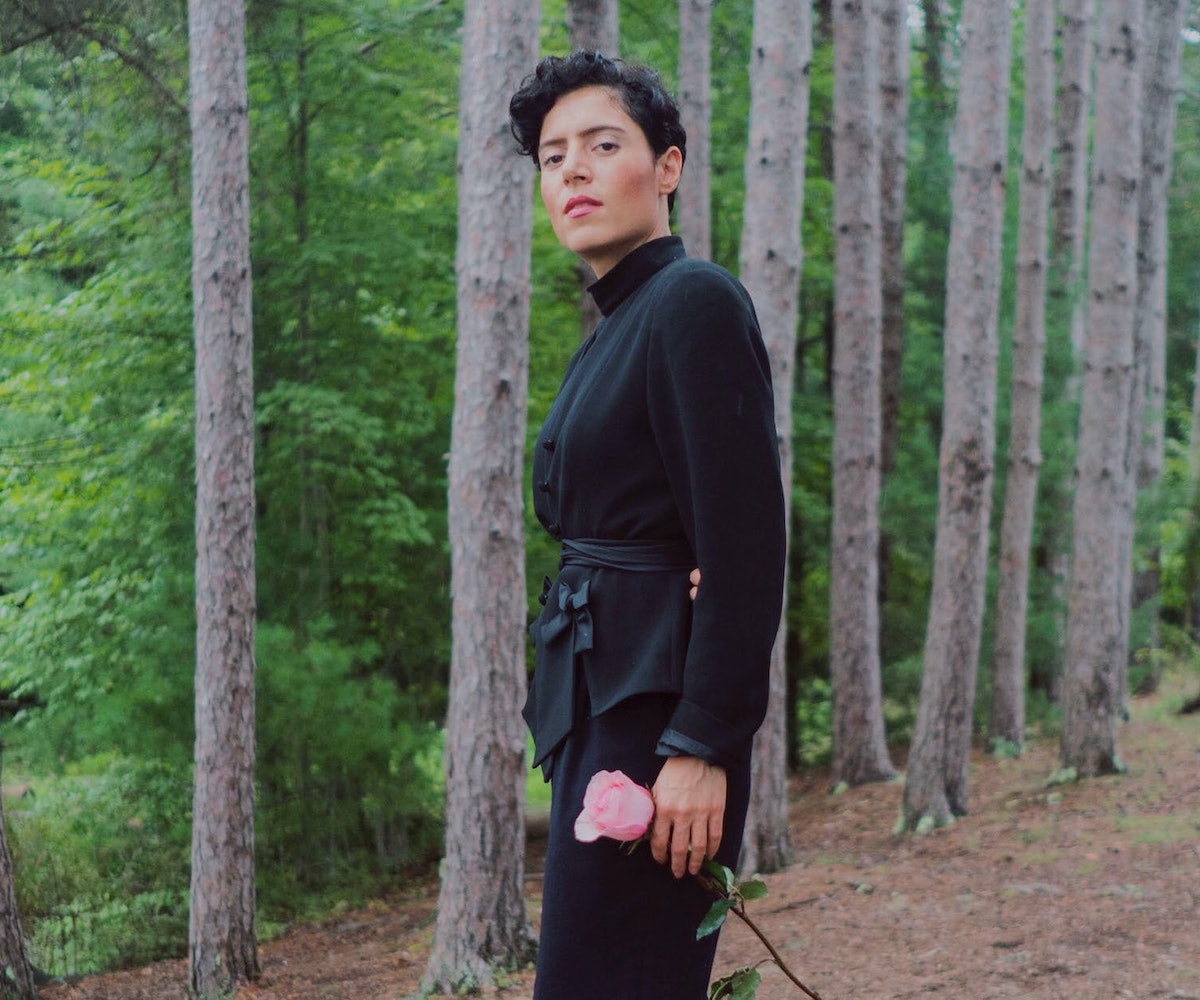 When I heard Emily King's voice over the phone, it sounded different than I'd expected. Perhaps because I was used to her ultra-cool, raspy singing vocals, I thought she'd sound reserved, but on that early morning, her voice was as warm and soft as clothes freshly out of a dryer—which might just have been because she was talking to me from a laundromat, where she sat waiting for her clothes ahead of her show in NYC later that night.

King was to be a part of the grand opening of New York's newest venue, The Shed in Hudson Yards; it looks like something from a sci-fi movie, with a rolling hood that can expand or diminish the size of the space in a minute's notice. King played on the third evening of "Soundtrack of America," which saw a diverse roster of musicians who offered a bit of a tease as to what was possible with the new space.

"I didn't quite understand exactly the magnitude of this whole thing when I first heard about it," King admitted. "What I first heard was that Quincy Jones and Steve McQueen and Greg Phillinganes were teaming up to do something, and that was really exciting for me to be a part of anything that they do, because I'm such a big fan of all of their work." It wasn't until she stepped foot into the building—which she says felt like she was "in an airport" due to the immense height of the ceilings—that the importance hit her. "I realized that this is a whole new neighborhood they just built in the city, and they're celebrating a new part of the city, which… I'm very proud to be a native New Yorker."

And in celebration of the city and its new chapter, she invited one of the people who made her a native New Yorker to join her onstage: her father, Marion Cowings, a renowned jazz singer, who performed with her for one of her three songs. "When I first heard about the theme of the night, he came into my head—he raised me with the music of America, and he's kept me in touch with my roots through music," King said. The song they performed together was an old jazz standard, "This Is Always," and her father sang words on top of the horn solo, "which they used to do a lot back in the day," King pointed out. "I'm really excited, he gives a little be-bop twist to it."

To write her recent album, Scenery, though, King took a step away from her NYC roots and headed two hours upstate for, well, a change of scenery. A brief mention of the fact that I hail from upstate, and King is far more interested in learning about that for a moment. Suddenly, we're laughing over the diversity of bugs that come crawling out the moment the temperature rises, and how they're still better than cockroaches. "I can even handle spiders," King said. "But roaches, I never could get used to them. My grandma was pretty tough about it. She'll just grab them with her hands. That's some farmer stuff right there."

Beyond bug-life, there was a lot for King to learn upstate, even just on a practical level. King explained, "Different appliances, different bills—I was getting bills that I'd never gotten before: oil, septic, car insurance. There was a big learning curve, and it was really exciting in that way." Though she'd experienced independence in more urban ways, King said, "I just felt really independent; this rush of excitement when I pulled into my driveway and I thought, Man, I can just sit here in my driveway, and no one will give me a ticket!"

The newfound independence and proximity to the insect kingdom definitely played into the making of her record. "We recorded it in the house we rented," King told me, "and one of the first things we had to do was wait for the crickets to stop chirping. And then in the wintertime, it was freezing, so we would turn on the heat for four hours before we'd [be able] to start recording."

The record was just as much of a return, in another way, as it was a departure from what King knew. Though she'd self-released her previous record, her Grammy-nominated East Side Story was released on J Records, though she was dropped from the label soon after. For Scenery, she once again signed with a label, but ATO Records proved to be much more hands-off with the creative process—just the way King likes it. "I'm used to not having anyone tell me what to do, and once you get used to that, you can't really turn back," she laughed. "It was really special time, just being up there in that house, and being able to drive and listen to the demos [on our way] to a friend's house to have dinner on this country road… It seemed like a more healthy way to have a fresh perspective on the music that we were making, rather than sitting in a dark room all the time."

And everyone who knows King trusts fully that she'll produce beautiful work when left to her own devices. When I chatted with her collaborator Sara Bareilles just the week before I spoke with King, Bareilles couldn't help but gush over King's talent. "I'm one of her biggest fans," Bareilles said. "I talk about her in every interview. Every time I went in with a label, I'm like: 'And then I wrote this next song with Emily King. Do you know about Emily King? And if you don't, please pull out your phones and let's Google her together.'"

King joked to me, "I told her, you gotta stop talking about me!" She and Bareilles have one of those friendship-mentorships, it seems, that are too sweet to be anything but true. "I call her Beans," King laughed, "She's honestly been my angel and my little life guru the past few years. I'll come to her with a problem, and she's just so good at mentoring people." King had always hoped to write with Bareilles, but when Bareilles needed a bridge for a song on her new album Amidst the Chaos, King still never expected her to run with the one she provided. "Next thing I know I'm in the studio, and she's singing the bridge, and I just got chills," King said.

As we prepared to say goodbye, King let me know she was excited to keep writing—after she pulled off her performance later that night at The Shed and her subsequent stops on tour, and, you know, finished her laundry. Before we hung up, I wished her luck with her gig that evening, and her mind returned to the mind-boggling nature of the venue she'd be reentering. "How do pigeons not get stuck in there?" she wondered. "It's gonna happen! No doubt." Even as her scenery had changed back to an urban setting, it seemed King was now always looking out for the wildlife around her.