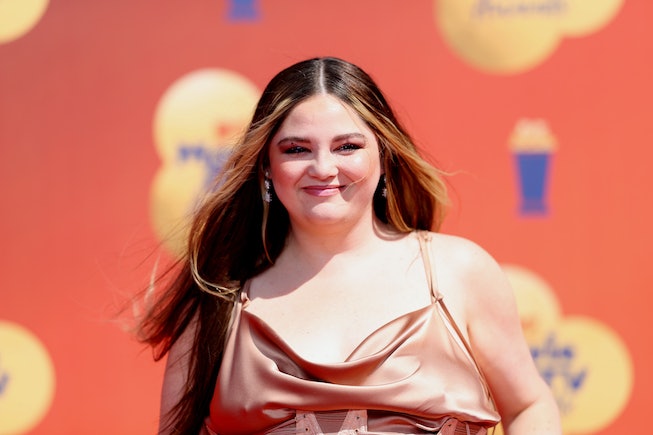 Following her scene-stealing turn as the bumbling nepotism hire Kayla on Hacks, front-facing camera comedy genius Megan Stalter will be starring in her own half-hour comedy series, Church Girls.

Per Variety, HBO Max and A24 are developing the pilot, which follows Beth Parker (Stalter), a 20-year-old Christian closeted lesbian “as she wrestles with her sexuality and faith in God, while entering adulthood in suburban Ohio.” The show is reportedly inspired by Stalter’s own experiences.

Stalter serves as creator on Church Girls. The actress also made a guest appearance in the 2022 Queer As Folk reboot, and voiced several characters in Stephen Colbert’s satirical animated show, Tooning Out The News.

In 2021, Stalter spoke to NYLON about her love for the hyper-specific characters she creates, many of whom are from the Midwest, like herself.

“A lot of characters that are from the Midwest are not bad people, but they just believe in really different things,” she said. “And I don't know, there's something funny about someone, a character, having something crazy happen, but trying to act like nothing's wrong.”

“I just think it's way funnier to play something really real than to be just poking fun,” she added.

There’s no release date for Church Girls just yet. In the meantime, keep an eye out for her on Hacks, which was just renewed for season 3.