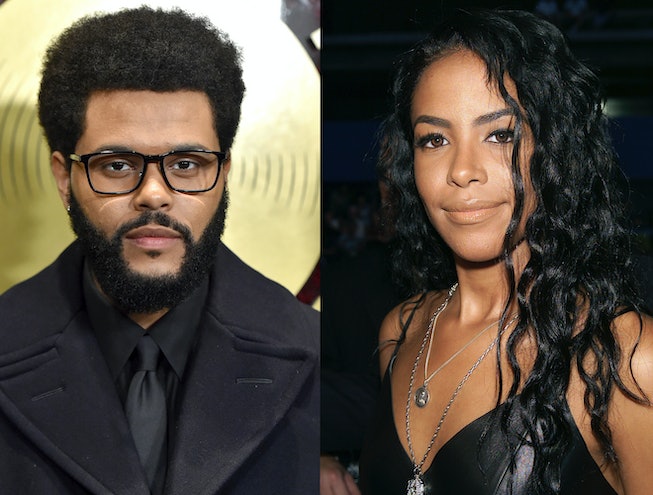 A new posthumous Aaliyah track has arrived for the first time in nearly a decade, courtesy of The Weeknd.

“Poison,” which was released by Aaliyah’s original label Blackground Records 2.0/Empire, is a tender ballad featuring both Aaliyah and The Weeknd’s vocals over heady production. “Now, it’s too late for the both of us,” Aaliyah croons, “No regrets of what we’ve lost and what we’ve shared/Maybe tomorrow we’ll love again/Or until then we’ll stay as friends, oh, one day.”

“I’m so excited to share this new song by Aaliyah and the very talented The Weeknd,” Blackground Records founder and Aaliyah’s uncle Barry Hankerson said in a press release. “I wanted her adoring fans to get a special gift before the holidays and felt it was the perfect time to release a never-before-heard offering.”

Aaliyah’s music was recently put on streaming services for the very first time, helping a new generation discover her highly influential catalogue. Unstoppable, an entire posthumous album from the “Try Again” singer, will be released by Blackground in 2022. Hanerkson told Billboard earlier this year that the album would feature The Weeknd, Drake, Future and others.

The last time Aaliyah had a new, posthumous release was in 2012, with “Enough Said.” The song was recorded prior to Aaliyah’s fatal plane crash in 2001, and Drake finished the track, adding his own vocals and production from collaborator Noah “40” Shebib.

“Poison” was written by Aaliyah’s longtime collaborator and friend Static Major, as well as The Weeknd. It follows Abel’s new single with FKA Twigs, “Tears in the Club,” as well as new tracks with Rosalía and Post Malone.

Listen to “Poison” below: