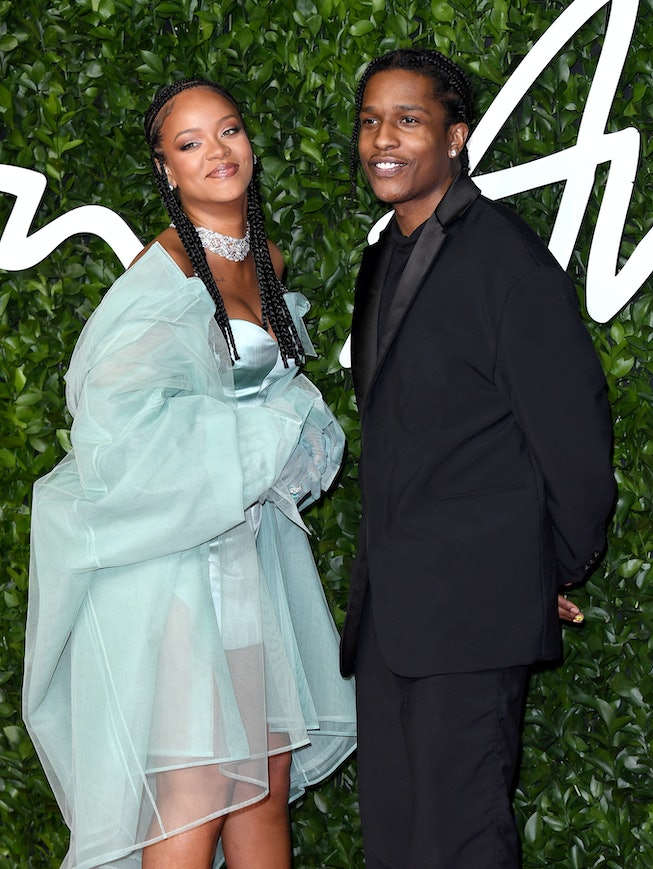 A$AP Rocky is positively smitten with Rihanna — though, come on, who wouldn’t be? In a new interview with GQ, the rapper opened up about his relationship with the one and only bad gal, whom he considers “the love of his life.”

Rocky, who also refers to RiRi as “my lady,” says that the “Diamond” singer is the One: “I think when you know, you know. She’s the One,” he told GQ. His life, he adds, has also gotten “so much better” since they began dating.

“So much better when you got the One,” Rocky said. “She amounts to probably, like, a million of the other ones.” Ain’t that the truth!

Although Rocky is tight-lipped about how the two love birds fell together again since their first tour together in 2013, he does reveal in the story that he and RiRi went on an all-American road trip during lockdown. The two stars rented a tour bus and drove from “L.A. to NYC, swinging south through Texas and stopping in Memphis and a half dozen other cities along the way,” per GQ. They didn’t play any shows; instead, Rocky and Rih went to parks, and he spent his time taking acid and making his own clothes by sewing and tie-dying shirts and pants. Dreamy!

Elsewhere in the piece, Rocky says that he’s ready to be a father, saying: “I think I’d be an incredible, remarkably, overall amazing dad. I would have a very fly child. Very.”

News and rumors of Rocky and Rih’s relationship started swirling back in January 2020, after they were spotted hanging out together shortly after Rih’s split with her billionaire boyfriend Hassan Jameel. A source told The Sun at the time that the two “shared a hotel suite” during a trip to New York City, and that they were still in the early days of the relationship and having fun.

Understandably, things have certainly gotten substantially more serious since then. Could Rocky and Rihanna babies be on the horizon? Stay tuned.