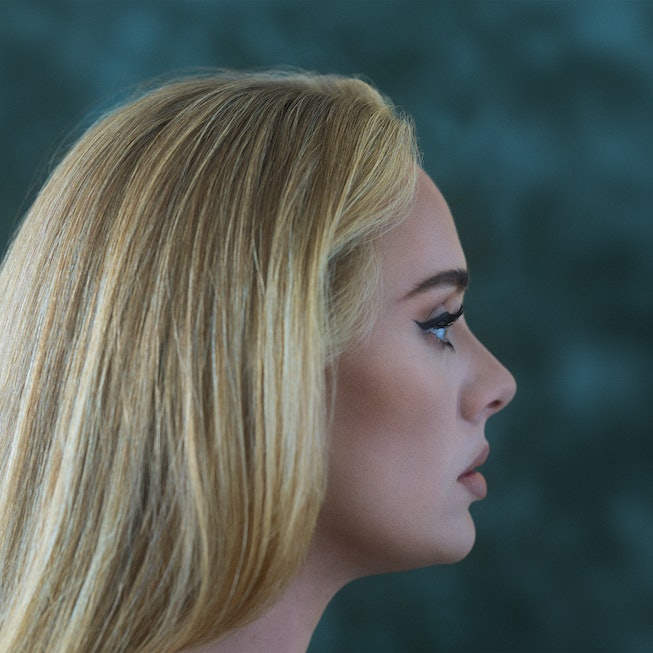 For over a decade, Adele has released albums that chronicle her life, giving us crying-in-the-shower anthems with her voice carrying megatons of emotion like a world champion bodybuilder. With her latest album 30, there’s the realization that maybe we don’t know her as well as we thought we did. Even though vocally she was landing emotional triple doubles, her fourth studio album is not only a haven of catharsis for us listeners, but finally for herself as well. Following the realization that she wants “to live and not just survive,” 30 isn’t merely a divorce album that chronicles her separation from Simon Konecki. It is her journey out of depression and towards happiness, finding herself again, and truly living.

In her Vogue cover story, she mentioned the impact of Saturn's return — an astrological term for a period of your life when any sense of self-understanding gets ripped to bits. It’s no surprise that an album named for the year in which such an event took place for her is her most devastating yet. The opener, “Strangers by Nature,” frames her heart as the resting place for past lovers. It’s an eerie, jazzy song that finds Adele looking at the world anew after unmatchable losses. “I’ll be taking flowers to the cemetery of my heart,” she sings. Immediately a heaviness descends despite the Hollywood glam production.

Here, Adele is wrestling with nature versus nurture. Are her flaws something innate that she can’t change, or are they a result of varying influences that can be altered? This is the result of Adele taking stock of herself rather than scrutinizing over the heartbreak of a relationship. She’s looking at how her own heart has betrayed her, not the other way around.

Despite the wrenching maturity of 30, this album doesn’t sound as hopeless as some of its starkest lyrics. Pitched-up vocals and a soft reggae background cushion the intensity of “Cry Your Heart Out,” which begins with Adele feeling like a hollow specter. Or there’s the sped-up blues banger with grassroots embellishments “Can I Get It,” where she concludes: “I’m counting on you/ To put the pieces of me back together.” The record is still adventurous in traversing different sonic territory, but it feels more triumphant than 25’s radio-heavy hits. It’s a cinematic event perfectly paced for sitting in your discomfort long enough to recognize and transform it, without exploiting it.

30 also makes clear the split between the queen of heartbreak Adele and Adele the mother, friend, daughter, and drinker of Whispering Angel. There’s the Adele we’ve relied on for years to tell us love is the most immense, heart-crushing, and soul-resurrecting power. She’s still there on the sparse production of “Woman Like Me,” telling us that “Complacency is the worst trait to have, are you crazy?/ You ain’t ever had a woman like me.” Then there’s the grandest moment of the album, “Hold On.” When Adele is closest to falling off the edge of the cliff, us strapped behind her at her waist, she’s revived by the promise of love and raised up by organs and tambourines. “Hold on/ You are still strong/ Love will soon come/ Just hold on,” she sings, her athletic vocals grasping the words.

Every shade of emotion is felt on 30.

Elsewhere, we see the young mother in her rawest moments. The album’s most experimental track “My Little Love” transports us into a room where Adele is answering questions from her son that don’t have a clear answer no matter what age you are. Her child’s curiosity and sincerity saves her from herself. “I don’t recognize myself in the coldness of the daylight/ So I ain’t surprised you can read through all my lies,” she sings before the chorus. The song is sewn with bits of live audio between her and Angelo. Later, Adele is left alone and shares with us, as tears are breaking through, that anxiety and paranoia are getting the best of her. Strings circle around her as she reveals “I don’t really know what I’m doing.”

The voice notes make this moment feel like we’ve tapped into Adele’s phone and are hearing something we’re not supposed to. But she and producer Greg Kurstin have created a breakthrough moment, where the listener is not only witnessing Adele at a human level, but as a mother realizing that simple questions from a child can have the most complicated, unconsoling answers. Adele has no reason to share this vulnerability with us, and yet she offers it to us as a solace, carving ivory cries of catharsis out of moments that feel the weakest and realizing that strength comes from acknowledging there’s still much to learn.

I don’t take this stance lightly, but 30 is an instant classic. There’s an immediacy and a rawness to these songs that sounds like something Adele hasn’t tapped into before. “All love is devout/ No feeling is a waste,” goes one line on “Cry Your Heart Out.” Every shade of emotion is felt on 30. Every tear shed is a baptism and every urge of lust is a thrill towards empowerment. Later on “Hold On,” she reveals self-hatred like a stab wound that’s been hidden for years. “Right now I truly hate being me,” she exclaims. Maybe it isn’t the love from another that’s on its way, but love for herself. And if we’ve learned anything from Adele, may time be patient — it’ll be worth the wait.

Adele’s 30 is out November 19 via Columbia Records.